Change Management: How to Deal With Changes in Your Team
Skip to content 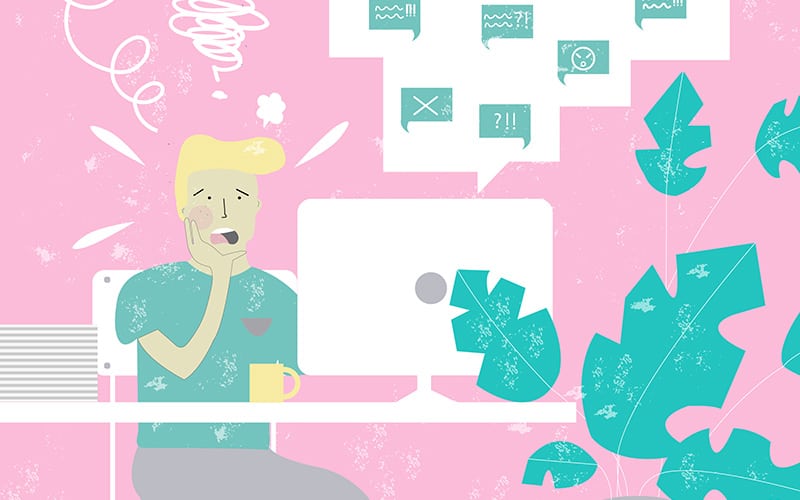 Change can be good, and change management can be bad. But, regardless of your specific circumstances, there’s one thing that change always is on your project team: disruptive. 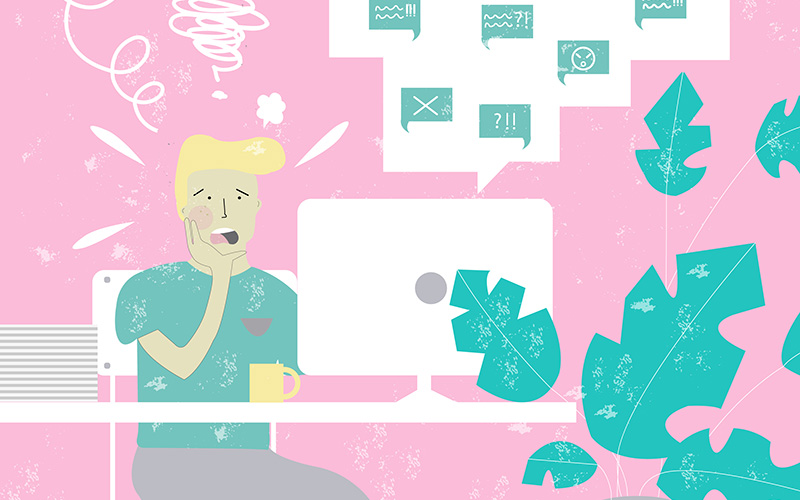 When it comes to work, it’s easy to fall into a groove.

People understand what needs to get done and how it needs to get done, often without any continued discussion. But, when a process changes, a new team members is introduced, or something else sends ripples into the water of your project team?

Well, even if the change is positive, it can throw a real wrench into how everybody operates.

What do you need to know in order to do so? Here’s how to deal with changes as a project manager—without too much chaos or stress.

If change was totally avoidable, then your project team would likely still be taking breaks from their typewriters in order to enjoy a lunchtime martini break. That doesn’t happen anymore, right? That’s because—for better or for worse—change in the workplace is inevitable. And, this is an expectation you should work to set right from the get-go.

As the project manager, it can be easy to let your team stagnate. Processes become routine and predictable, people feel comfortable and confident, and everything runs like a well-oiled machine.

But, fostering so much predictability will make introducing any sort of change that much more brutal.

Instead, make change a core part of your culture. When you and your team members sit down to regularly discuss the project, also leave time for a candid conversation about things that could be working better. Then, use that information to actually make little tweaks and improvements.

The benefits of doing this are twofold: Your team will become that much more comfortable with change when it’s done on a regular basis, and you’ll also continuously find ways for everybody to work more effectively and efficiently.

Imagine that you just waited for an hour to get seated at a nice restaurant. When you were finally led to a cozy booth in the corner, you were relieved to be able to sit down and settle in.

Suddenly, the manager strolls up to your table and says, “I’m sorry, but we’re going to need to take this table and send you back to the waiting area.”

You pick your jaw up off the floor just long enough to ask, “What? Why?” The manager? He responds with a curt, “That’s just the way it is.”

You feel like you deserve to know what’s happening—particularly when it obviously impacts you so directly.

Your project team will feel this exact same way if you don’t dedicate the time to thoroughly explain changes to them. They don’t just need to know what’s happening, they also need to know why.

What’s the purpose of this change?

What was wrong with the way you were doing things before?

And, perhaps most importantly, how will this affect them?

[ctt template=”9″ link=”iec3j” via=”yes” ]Team members should know why a change is made and how it affects them. [/ctt]

So, before you roll out a change and just expect your team members to roll with the punches, make sure you take the time to step back and help them see the whole picture of what prompted this shift.

On a similar note, change is always much easier to implement if you allow your team to be actively involved in the process. This level of transparency reminds your team members that they’re not just another cog in the wheel, and thus increases their level of engagement.

Sure, you could dole out your demands and insist that everybody rolls with that change immediately—you’re the project manager, after all.

But, a much better route is to have an open discussion with your team members.

Do they have any questions about this change?

Even further, do they have any suggestions that could make this change that much better or easier to institute?

Everybody wants to feel like their voice is heard and that their contributions matter, so you can’t forget to incorporate your project team when making a switch. They’re the ones who’ll need to cope with it, after all.

Sometimes, implementing change management techniques is like ripping a bandage off. You just need to do it all in one swipe and get it all over with.

But, other times? It’s easier if you can slowly introduce small changes and tweaks, rather than overhauling something major all at once.

For starters, this sort of approach makes the change that much easier for your team to actually process and utilize. Figuring out how to alter the way that they do one small piece of the project is much simpler than trying to fumble their way through an entirely new system.

Additionally, these baby steps will help your team to adjust to the changes, without quite as much pushback or panic.

It’s like the old frog fable: If you slowly turn up the heat, the frog won’t leap out of the pan.

And, while you likely don’t intend on boiling your team members (please, don’t), the message of that metaphor still holds true.

There’s nothing worse than announcing a change and then leaving your whole project team feeling like they’re floundering aimlessly without adequate direction.

For this reason, it’s important that you establish some clear processes and procedures that your team members can lean on when they’re attempting to navigate this altered way of doing things.

“You can think of a procedure as a road map where the trip details are highlighted in order to prevent a person from getting lost or ‘wandering’ off an acceptable path identified by the company’s management team,” says a blog post from Pacific Crest Group.

So, if you’re changing the way a certain task gets done, for example, take the time to sit down and document it so that people can refer back to that when attempting to do the work themselves.

If you have that under your belt before even announcing the change, your team members will feel much more supported if they know they have some clear steps in place.

Remember, change can be overwhelming, so you need to be as encouraging and helpful as possible!

You could follow all of these directions to the letter.

You’re still going to receive some pushback from your team when you announce a change.

As humans, we’re all inherently change resistant. In fact, research shows that the human brain is prone to negatively react to change—a concept that dates way back to our ancestors.

So, be prepared for the fact that your project team might not leap for joy when they find out you’re moving things around. In fact, you might have some questions to answer and some explaining to do—which you should do in a way that’s supportive and collaborative, rather than defensive.

And, while you’re at it, don’t even try to be dishonest and disguise a negative change as something that’s positive.

Your team members will see right through that, and ultimately you’ll only lose their trust. As the old saying goes, you can put lipstick on a pig—but, it’s still a pig.

When we’re all pretty much hardwired to recoil at the first sight of change, it can be an undeniably tricky thing to manage on your project team. But, the good news is that it’s not impossible—as long as you’re willing to be proactive with your change management techniques.

Use these tips, and you and your project team are sure to deal with those inevitable changes with as little crying and hair pulling as possible!

10 Communication Strategies Your Boss Wants You to Know 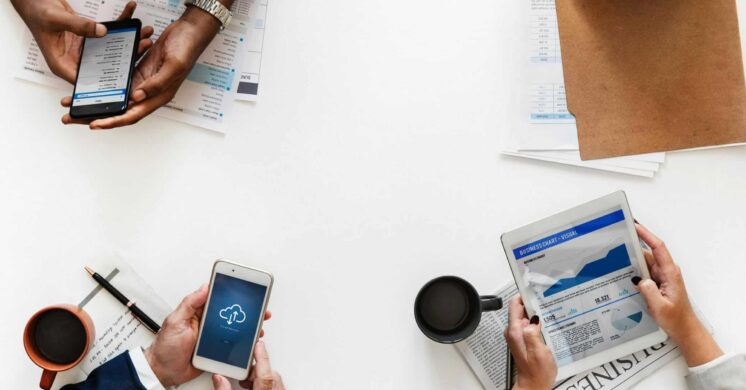 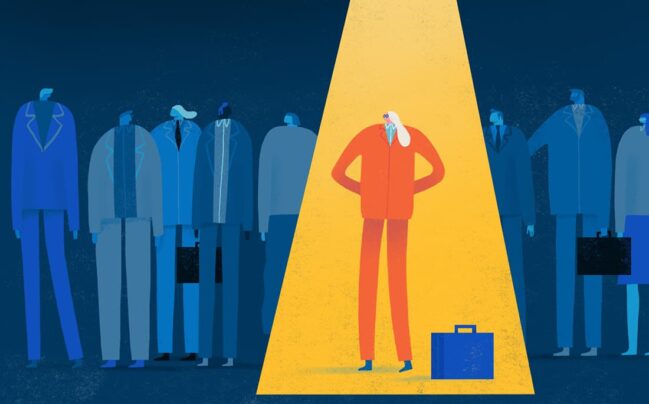 How to Increase Your Expert Power and Become a Better Leader

Jacob Thomas
10 min read
Projects Managing projects gets a little tricky at times. Check out our resources to learn how to run your projects better. Check it out Talent Acquisition Finding recruitment a bit of a struggle? Dive into our resources to get the latest scoop on creative hiring tactics and techniques! Check it out Time, time, time! Manage your time better to get the most out of your day. Learn how to manage your time better and claw back those vital hours. Check it out Business Growth For those who are just starting up or taking your small business to the next level, we feel ya 😬 Check it out
Share This: