When starting a company with a small group of people who all believe in the same thing and are driven for the same goal, you usually don’t have to be conscious about what is your culture as a group. You are all on the same page and if not, you get there by talking to each other and finding ways to solve your issues. Good things will stick and bad habits are dropped. Culture is something that is created in the process and you probably can define it as feeling happy or in love with what you do.

But what happens to the culture when the startup grows?

When you need to hire people from different backgrounds and countries and instead of one multifunctional team you have divided into specialized groups and divisions? How do you get on the same page and maintain the good vibe?

Small Biz vs. the Big Dogs

A few weeks ago Toggl was visited by a group of project managers, analysts, developers and testers from a large software development company. You know, the kind which creates complicated software for governments and corporate clients, has hundreds of employees, huge teams, a lot of deadlines and strict quality assurance policies.

They wanted to know how we work. So we – with around 30 employees, a lot of remote people, flexible milestones, small teams and too many Nerf guns – gave them some insight on how we roll here.

What followed was semi-intense questioning on topics, that we always thought were self-explanatory.

The main thing they couldn’t wrap their heads around was  – How do you keep things under control? With all this flexibility and remote people? Why do we think people are motivated to work, do we give them equity? How do we know that people are actually doing their work? What happens when they don’t deliver?

Never before have I felt so naive when talking about working in the tech industry. Control? Things just… are under control. Things get done. We trust each other. We have no equity, but when everyone has the say in how the product should grow and look like, we kind of feel it’s ours – never mind that on paper it’s not. And well, if some milestone doesn’t get delivered, we just reschedule it. It’s not the end of the world.

Although both companies produced software, their nature and magnitudes were totally different – hence also the cultures.

In this light, the questions took us a bit off guard and the answers we gave seemed to make us look like a bunch of crazy hippies preferring trust so much over control. You can get burned either way, trust just seems to be so much less hassle. What’s more, for some questions we ever so slightly seemed to disagree inside our own team. Things that a back end developer took for granted, actually turned out to be the result of hard work for a marketing person. Good contrast is needed to realize that the basic things in your life may not be so basic as you thought.

Do you know your culture?

So yeah. I Have been working here for 7 years and there are only 5 people who have been here longer than I am.

So I’ve seen things. How Toggl has progressed as a product, and as a company. Starting with one small team working in the same office from 9-to-5 to where we are now –  30+ people in different countries, time zones and teams.

During this time the growth has meant some scary, but necessary shifts in how we operate for those who have stayed. Going from being a developer working at a random software company no one cares about, to being a representative of a startup everyone wants to know more about.

Or being a programmer hired straight from the university with zero experience, now test driving new applicants to the same company feeling like a fraud, cause you had to reject another person, just because he had no idea about the things you learned after two years working here. For those who have just come on board it’s that status quo, they don’t know any difference.

When you have a lot of people joining the company on a regular basis, they bring their own values with them, which then get incorporated with the values of people they spend most time working with. Although you may get a tour of the office, the names of the people, you usually don’t get a tour of the culture. It’s something that you can point at and say “there! Get acquainted!” It’s something that you have to feel.

But when you have to work remotely, getting the vibe can be a bit hard. It will be reflected to you by the people who you communicated with.

You probably still want the people who have worked in the company for ages, and those who have just joined the team both to feel good, on the same page. You want the process of them working together to run smoothly.

That’s the point at which you need to consciously start taking care of your culture. To understand what is your culture, lets for the sake of it define what culture actually is. Let’s take this, for example:

“Culture is the set of shared attitudes, values, goals, and practices that characterizes an institution or organization.”  – Merriam Webster Dictionary

Although the previous is pretty clear and simple, I like this definition more:

“Culture is the integrated pattern of human knowledge, belief, and behavior that depends upon the capacity for learning and transmitting knowledge to succeeding generations.”  – Merriam Webster Dictionary

I prefer this, mostly because it adds the part of transmitting knowledge. One has to believe that growing old and gaining experience has to have some value.

But how to determine what is your culture? Pinning down practices and goals may not be very difficult when you observe smaller teams, but understanding the values and attitudes of people can be a bit harder. Do you Interview people? Ask what they think are the core values of their team. Do those core values have a common ground with the whole company? Are people even open for this discussion? Can you trust that what they say is what they believe, or simply something what they think you want to hear?

Culture consists of multiple parts. I like to imagine culture as an unicellular organism, an amoeba. An organism, which has a connecting material – cytoplasm and in it float organelles, which all have different functions, but can only exist inside the connecting goo and have their part in making the whole organism function.

“I like to imagine culture as an unicellular organism, an amoeba.”

When you start with a small team where everyone does everything, the culture they create is the cytoplasm and nothing much else is needed for the team to function. But then you start getting more users with their problems, you need a support team. And the processes inside a support team are different from the engineering team – thus a customer supporting culture is born.

Then you get a marketing team and now you have a marketing culture, and so on. You get the picture.

You are growing organelles. But hopefully you still have this cytoplasm, which is the core values that are shared between teams. You still want to be one organism and get far faster by taking advantage of your past experience.

For some companies the cytoplasm can be discipline and control.

For us, it’s mostly trust and transparency.

At some point it’s probably a good idea to write your values down. No need to pretend culture is ethereal, and that it needs to be felt and not learned. When you have understood the core values and then redefined them (sometimes you can drift away from your original course), you should put them out there for everyone who are part of it, to see it in some concrete form.

It’s sometimes good to remind yourself why you are actually part of the company and for new people, it’s a great place to get more insight on how to behave, and how to understand the behaviour of others. This can actually prevent a lot of drama and miscommunication.

But you have to be careful with documenting. It can be a downward spiral and before you know it you are writing down a step by step to all your inner processes, with tons of regulations on how things should be done and people get stuck because there are no rules for edge cases.

“When you start telling people how and what to do, they stop thinking.”

For some reason, if you start telling people how and what to do, they stop thinking. They lose creativity and become working machines. They lose interest and start slacking. So no need to be super-detailed – leave freedom for interpretation and independence. When you treat your employees like adults, they usually rise to the occasion and do great things. If you feel the need to constantly check if they are actually working, or think you need to micromanage every move, they feel mistrusted, patronized and undervalued and start losing interest, as well motivation.

A company’s inner culture is also in some ways your public face. It reflects outwards and if you have a culture you are proud of, it attracts customers and potential future employees. People want to be part of good and consistent things. So make sure you promote your culture also to the outside world.

Does it need to scale?

People have the tendency to conform, and to keep things the way they are used to. But for evolution’s sake, change is needed. Cultures that don’t adjust to change die away.

You have to check the pulse every once in a while. It definitely isn’t easy to spot the habits and rituals that are standing in the way of progress – especially when you are fond of some – so you may need a fresh look from a new team member to realize that you need to drop a practice that is so dear to your heart.

But if the core values of your company are interdisciplinary and scale well to all teams, it’s not hard to find a new way to do things and to keep the good feeling.

All in all, to maintain a good culture, you need to have strong core values and the ability to recognize when change is needed. Culture is not a constant!

A company culture is as important as any other part of your business. Follow this link to read Kate Harrison‘s story on why startups need to scale their culture during rapid growth.

Inc.com has this great piece on how to grow your company without losing what makes you great. 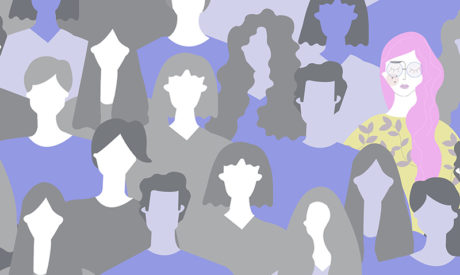 Your quality of work might always be high, there’s still one big thing that you and your web design agency struggle with: setting yourself apart from web design competition.

How To Pick Up Better Habits And Change Your Life

It has happened to all of us: you’ve decided that it’s time for a change and feel excited about it. You can already picture how you’ll feel once you’ve turned your life around, you can almost touch it. Then, suddenly time has passed and you find yourself still in the same old rut. If this

While better-looking and faster, our new Summary Report page still has the filters and groups you need to quickly analyze your team’s tracked time.