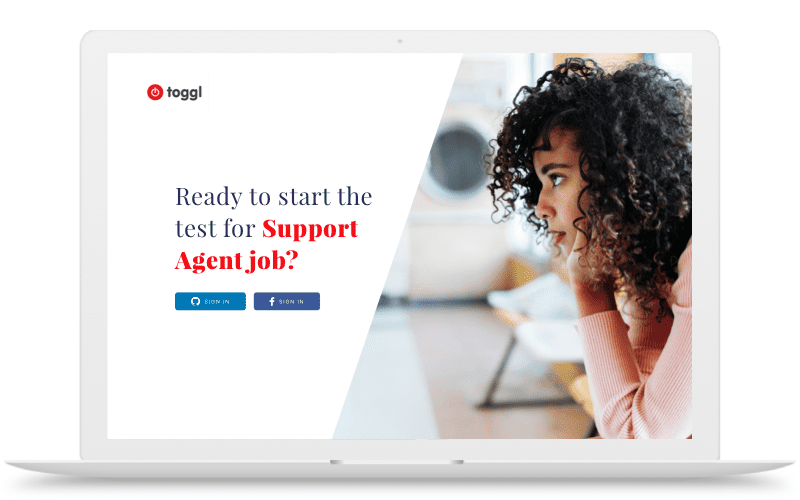 This is a story about how our new teammate – Rico – found us and how we ended up hiring him by using Hundred5.

For my past jobs, friends and acquaintances paved the way. I never had to apply for real. That changed when I applied for Toggl. No one I knew could help me join a company literally based all over the world.

It all started when I searched for “timekeeping app”, and found myself on toggl.com by accident. Within seconds, I had an account and was tracking. Intrigued by such a wonderful signup experience, I checked out the company blog.

All I had to do was to take a short test. No CV or filling out forms required. What did I have to lose?

I ended up on the jobs page. A career change was the last thing on my mind, but the Toggl blog promised a good salary, in a remote work environment. A big plus, because I live in low-cost city with terrible traffic.

All I had to do was to take a short test with Hundred5. No CV or filling out forms required. What did I have to lose? Based on my work experience, I took the front-end, customer support, user acquisition tests.

I breezed through all the front-end test items, except for the Javascript code sample. Even though the automated parts of my test scored 100%, my struggle with ES6 made it clear I didn’t have the skills needed for that job. 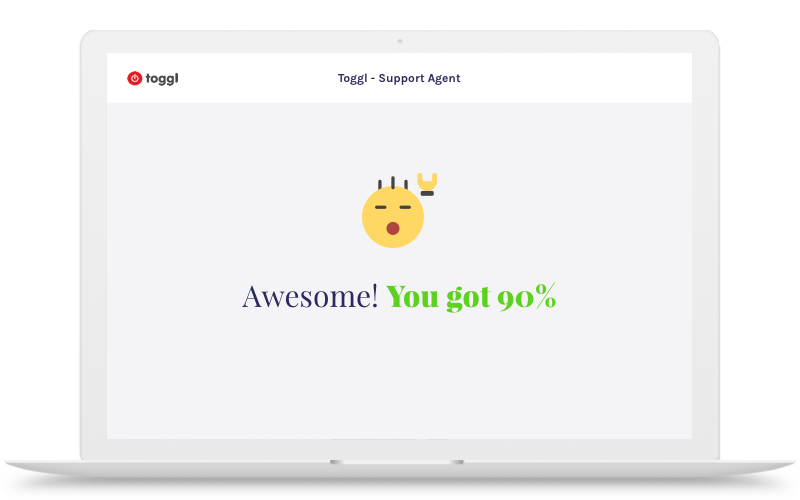 After I finished all the tests less than an hour later, I had a good idea about what each role would require. At the same time, the fast feedback of the tests turned me into a genuine applicant.

It sounds counter-intuitive: by requiring less hoops to jump through, Toggl seemed more serious about hiring the best. Instead of a well-written CV full of rhetoric, Toggl asked for a skills demonstration. Under time pressure at that, so you had to know what you were doing. I wanted to join Toggl, because I wanted to be considered worthy.

So when I got over 90% on the customer support test (I didn’t even pass the user acquisition one), my hopes depended on joining Kadri and her team of support ninjas.

If at First You Don’t Succeed…

I made it to the next step. A week after I took the test, I received an email from Kadri. Based on my test answers, and after I confirmed my desire to join Toggl, she arranged a “Test Drive” for me. After a short Skype chat with her, I spent half a day answering test support cases under her guidance.

Around a week later however, I got some bad news: Toggl decided to go with someone else. My only consolation was that Kadri promised that she would reach out if there was a new opening.

She kept her word a few months later, when she got in touch again. Kadri and I had another video call, and apparently she thought I was still worth consideration. Since I already did a “Test Drive” on my previous try, I went straight to a “Test Week”.

Yet this application wasn’t traditional in any sense.

For five days I got paid to work part-time, as I worked in the support team and handled the same tasks they did. This was a check of my comfort and competence with the actual job, and my potential teammates.

After the Test Week and a final interview with Krister (our CEO), I was hired!

A New Way to Apply

My quest to get into Toggl was my first real job application. I couldn’t rely on my personal contacts like I did back home. Modesty aside, it was also the first time I wasn’t sure that I would get the job (and I didn’t, right away). 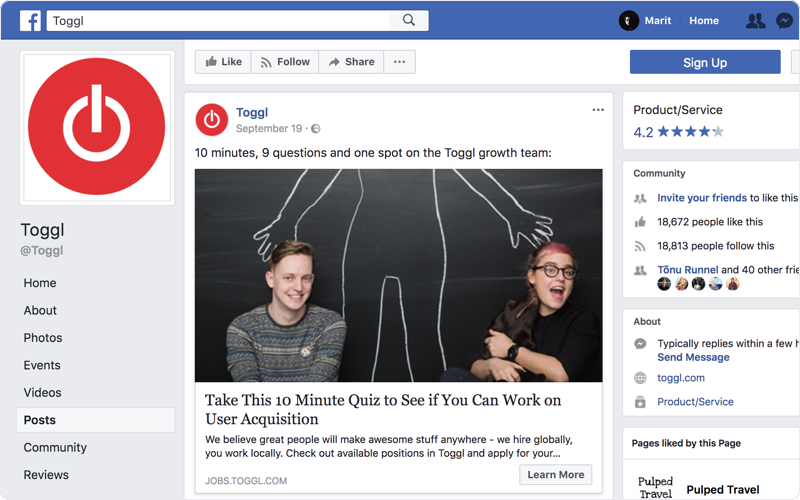 Yet this application wasn’t traditional in any sense. I didn’t submit a CV. I never waited weeks for updates on my application. I’ve seen friends labor for hours over the perfect resume, only to wait in vain for any answer.

I also can’t think of—considering my limited experience—another job application process that would turn casual prospects into hungry ones.

That’s why I consider my first real job application as the best. And it seems my new employer considers how they found me the best too. 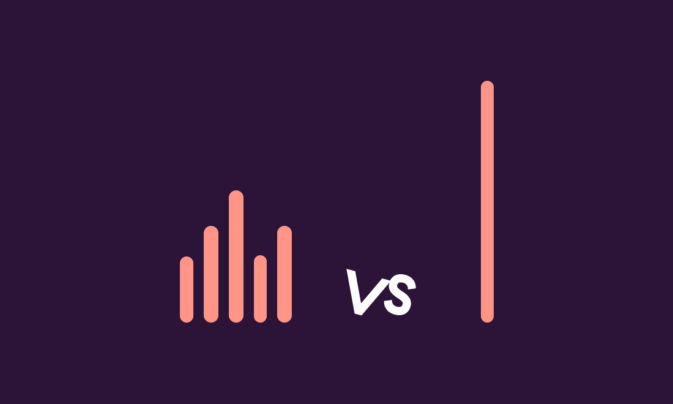 Specialist vs Generalist: What makes a better hire? 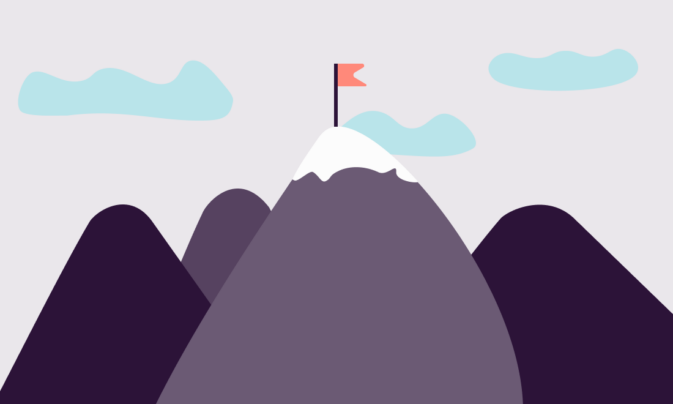 Interview Coding Challenges: A Way to Hire Developers Who Know their Code 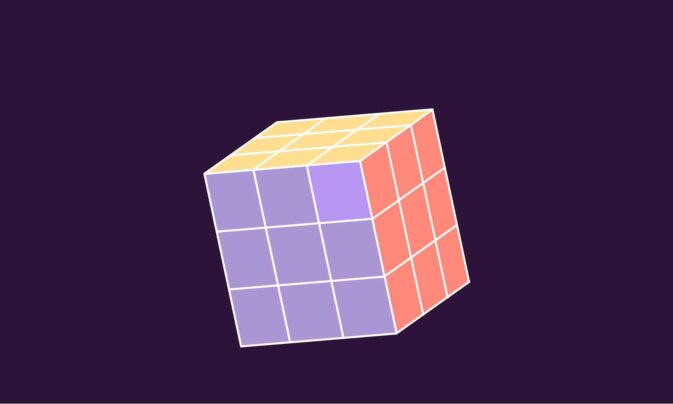 James Elliott
14 min read
Projects Managing projects gets a little tricky at times. Check out our resources to learn how to run your projects better. Check it out Talent Acquisition Finding recruitment a bit of a struggle? Dive into our resources to get the latest scoop on creative hiring tactics and techniques! Check it out Time, time, time! Manage your time better to get the most out of your day. Learn how to manage your time better and claw back those vital hours. Check it out Business Growth For those who are just starting up or taking your small business to the next level, we feel ya 😬 Check it out
Share This: