Ah, freelancing – the chance to be your own boss, work your own hours and choose your own office. It’s the dream!

When you’re a freelancer you never face any issues and everything always works out. Except for all those times it doesn’t. But hey, at least you’re not extinct yet!

This comic was created by Extra Fabulous Comics for the Toggl Team – the people behind the world’s no. 1 time tracking app.

I hate dinosaurs but love freelancing. How can I be more efficient?

Well, you’re in luck, friend. All the dinosaurs are dead and you seem to be more or less alive, so kudos to you. You won this one.

If you want to improve your freelance efficiency and avoid a disastrous fate, we would suggest keeping a schedule and timing your work (or your procrastination, if that’s more your style). Knowing where your time is actually going is one of the first steps in learning time management.

Also, if you work freelance, you may need to charge people, so it’s probably good to know how long that ‘one small change’ is actually taking you.

We also happen to have made a great tool for just that purpose! What a totally, random coincidence.

I’m already tracking my time and want a break – Got any more?

Other than creating a pretty cool time tracker, we’ve also done a comic guessing what the world would be like if it were created by a programmer.

Or another epic piece about how to save the princess using different programming languages.

We’ll also keep doing these comics, so like us on Facebook or follow us on Twitter if you want these delivered right to the place you waste all your time anyway! We also post on LinkedIn if you want to pretend you’re doing work

If freelancing is getting you down, just remember: you made it through yesterday, unlike the most giant predators to ever walk the earth. You can do it! 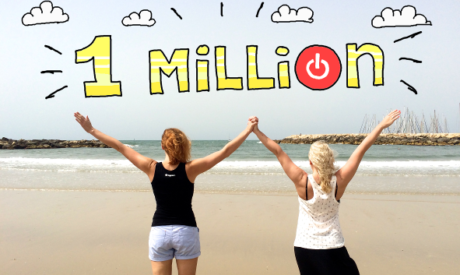 When people think of startups, ping pong, drinking at work, and general tomfoolery may come to mind. But for most, that’s not the reality.