Have you ever worked with a “hothead”? The kind of employee that is all smiles and laughs one minute, then snarls and curse words the next? Maybe you shared an office with a quiet well-mannered person who suddenly punched a wall and stormed out of the building after reading an email. If you’ve experienced something similar to these scenarios, you’ve likely been exposed to intermittent explosive disorder (IED).

In this article, we’ll explore what intermittent explosive disorder is, what symptoms it produces, and why people suffer from it. Then we’ll outline five tips you can use to deal with IED in your place of work.

What is Intermittent Explosive Disorder

According to The Mayo Clinic, intermittent explosive disorder is characterized by, “repeated, sudden episodes of impulsive, aggressive, violent behavior or angry verbal outbursts in which [a person] reacts grossly out of proportion to [a] situation.“

Potential signs of this chronic mental condition include road rage, domestic violence, the throwing and/or breaking of objects, and general temper tantrum behavior. Unfortunately, those dealing with IED have been known to experience distress, broken relationships, career setbacks, and even serious financial complications.

We just mentioned a few general signs of intermittent explosive disorder. But which symptoms tend to manifest themselves in workplace settings? And, once they do, what do they look like? Let’s explore those questions a bit deeper.

The term “intermittent explosive disorder” was first coined in the 1980s, but much is still being learned about it. Here’s what we know:

But what about causes? Much is still being learned on this topic as well and the exact reason why someone might deal with IED is unknown. Most experts agree that IED is usually caused by multiple factors such as addiction, mood disorders, childhood trauma, abuse, low self-esteem, and stress.

Now that you understand what intermittent explosive disorder is, how do you deal with it in the workplace? Are there ways to prevent employee outbursts? When an outburst does happen, how should you handle it? We have five tips to share.

First, it’s important to understand the underlying issue. If one of your colleagues or employees is dealing with IED, they aren’t crazy, they have a medical condition. This is something you need to realize. It may cause you to have sympathy towards the “office hothead” rather than simply hating them for the outbursts they’re unable to control.

Now, understanding the underlying cause and being sympathetic towards those dealing with IED does NOT mean that you should allow yourself or your coworkers to continually be abused. The following tips will give you practical advice on how to handle IED in your place of work.

When an employee or colleague of yours is displaying clear signs of intermittent explosive disorder (see symptoms section above), you are obligated to address the situation. The way you do so depends on your job position, but should always be handled with care.

If you are equal, positionally speaking, with the IED-plagued coworker in question, management should be made aware of your concerns. They should be the ones tasked with addressing and (hopefully!) resolving the issue.

If you are a leader at your company, then it’s your job to handle the problem. We recommend having an honest and open conversation with the offending employee in private. Tell them your concerns. Ask them if they know what IED is. Be gentle and considerate.

It probably goes without saying, but do your best to broach this subject with them when they are in a good mood. You don’t want to rile them up unnecessarily. If the employee in question has repeatedly lost their temper at the office and you don’t feel safe around them, consider having an HR representative in the room as well.

Once the situation has been addressed, you can begin to work with your employees to identify possible triggers for their outbursts. This, of course, assumes that they acted reasonably after your talk with them and didn’t quit or storm out of your office in an expletive-laced tirade,

Do they have any insights as to why they get so angry and explode? Do you?

Identifying and minimizing these triggers is essential.

For example, maybe your employee is extremely stressed. He’s stretched too thin between multiple projects. Given that he’s already inclined to lose their temper, it may be wise to try and lighten his workload. Are you able to make his workday more manageable?

Perhaps your employee just doesn’t work well with specific co-workers and tempers tend to flare whenever she is around those people. Do your entire company a favor and insist that the two parties avoid each other when possible.

Work to identify any and all emotional triggers. Then partner with each employee who suffers from IED and devise a strategy that allows them to avoid those things.

Intermittent explosive disorder is a mental condition. So it makes sense that those suffering from it would benefit from a mental health program. In fact, studies have shown that proper treatment can greatly reduce IED symptoms.

Unfortunately, mental health is not something that most people invest in willingly. Especially when their own money is required. So why not include treatment for mental health issues in your company’s benefits package?

Treatments that show promise in reducing IED outbursts include:

While investing in a company-backed mental health program may be a big step for your organization, it’s at least worth considering.

5. Protect Yourself, Your Employees, and Your Colleagues

Finally, if you’ve gone through the four tips listed above and the problem persists, you may need to take decisive action and terminate the offending employee. The welfare of your business needs to be thought of. The safety and sanity of your other team members needs to be protected also. If it isn’t, team development may be irreparably damaged.

Fortunately, the law will not prohibit you from taking this course of action as long as you handle it appropriately. According to the EEOC, employees suffering from mental health disorders like IED can be punished for work-related misconduct.

This kind of misconduct includes violence, threats of violence, destruction of property, blatant disrespect, and inappropriate behavior such as yelling and cursing.

If you’ve tried to remedy the situation to no avail, you need to do what’s best for your company. It’s time to cut ties with your troublesome employees. Even if said employees are suffering from a mental health condition such as intermittent explosive disorder.

Wrapping Up: IED in the Workplace

One would hope that intermittent explosive disorder never finds its way into your place of work. But it might. If it does, at least you now have a solid understanding of what it is and where it comes from, symptoms that it produces, and tips on how to deal with it.

Remember, when dealing with people who have IED, address the situation. Don’t let it fester and make you miserable. If the offending party is willing to work with you, identify any and all triggers that are sure to enrage them. Finally, consider investing in company-backed mental health programs.

If none of these steps solve the problem, you may need to let the enraged employee go. Don’t feel bad about this. You need to do what’s best for your company and the rest of your team. Good luck!

I’ve implemented time tracking in several companies and it was as difficult as talking Gabrielle Solis into a three month backpacking trip in Central Asia. First, in most companies there is a tragic history of time-tracking gone wrong. Usually it involves some complicated systems with names like Trackrmax or Megonomy — the soviet pocket calculators 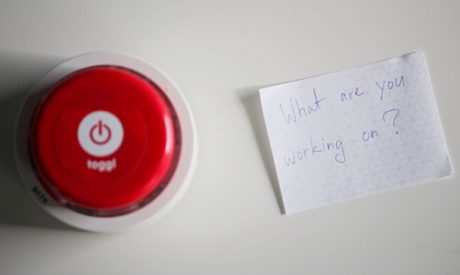 Yes, we made it even simpler to track your tasks. 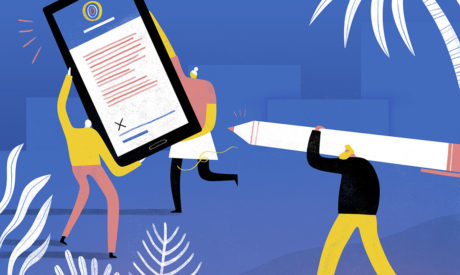 How to Write a Statement of Work in 5 Easy Steps

This blog post will tell what a statement of work is, why is it vital to the project management process, and how to write one effectively.