Developing new habits certainly doesn’t sound as bold and ambitious as setting big, audacious goals and going all out to achieve them.

But the truth is, habits account for about 40 percent of our daily behaviors, according to research.

This means changing your habits is the most effective way to change your life.

That’s why mastering the art of building healthy habits is the most effective way to achieve your goals and become the person you want to be.

In this article, I’ll dive into the six-step process for making any habit stick.

But first, let’s define exactly what habits are—and how they work.

Simply put, habits are the small actions you perform on autopilot every day.

Whether you realize it or not, your daily life is already dictated by a set of habits.

For example, if you’re like most people, you perform a routine when you wake up every weekday. You don’t consciously decide what to have for breakfast and what order to shower, get dressed, and brush your teeth in— you follow the same sequence every morning without giving it a second thought.

Because each of these habits is second nature to us, we’re largely unaware of just how big of a role they play in our lives.

But the fact is that our habits define our health and fitness, career success, the strength of our relationships, and ultimately our happiness.

Over 30 years ago, researchers from MIT discovered that every habit consists of three separate parts: a cue, a routine, and a reward.

As Charles Duhigg, author of The Power of Habit, explains: “a habit is a formula our brain automatically follows: When I see CUE, I will do ROUTINE in order to get a REWARD.”

The routine is the most obvious part of any habit, as it’s the behavior you want to establish—or in the case of bad habits, stop. It’s going for a run, eating a cookie, or reading a chapter of a book.

But the cue (the situation that triggers the behavior) and the reward (the positive emotion you get from completing the behavior) are equally important parts of the habit formation equation.

Let’s dive into the steps you can start taking today to use cues, routines, and rewards to make healthy habits stick and ones you want to drop history.

The six steps to develop a new habit

You can bake any habit into your routine by following these six simple steps:

Get clear on your “why?”

If a habit you want to develop came easily to you, you’d be doing it already.

This means if you’re not motivated to make a change, you’re not going to put the effort in to make the new behavior a daily routine.

So, the first step in forming a new habit is to get clear on your “why?”.

Think of the benefits that will come from building your new habit.

It’s also important to bear in mind that the more intrinsically motivated you are to do a habit, the easier you’ll find it to make it stick.

For example, if you hate running but love to cycle, you’ll find hopping on your bike an easier exercise habit to establish than jogging.

Once you’ve settled on the right habit for you, be sure to get clear on all the benefits it will bring to your life so they’re clear in your mind if you slip up and need to get back on the horse.

All habits start with a cue.

So, if you want to build a new habit—or replace an existing one—you need to create a compelling cue.

And according to Charles Duhigg, experiments have shown that almost all habitual cues fit into one of five categories:

All of your existing habits are initiated by a cue, whether you’re aware of it or not. One habit often serves as the cue for a next—you floss just after brushing your teeth, which you do after stepping out of the shower.

If a behavior you want to make part of your life isn’t tied to a cue, it will never become a habit, as you’ll have to rely on memory and willpower to make it happen.

So, to make a habit stick, tie it to an existing part of your routine. Things you do every day without fail are a great place to start, such as:

Sit down with a notepad and map out your existing daily routine, then think about where the new habit you want to develop will slot in as seamlessly as possible.

And be sure to take into account that you often have a different set of routines on the weekend, so you might want to slot your habit into a different spot then.

As Leo Babauta of Zen Habits says, “make it so easy you can’t say no”.

Floss one tooth, not your entire mouth. Read a sentence of a book, not a chapter. Jog for a minute, not an hour.

Starting your habits small will allow you to build momentum and develop a sense of agency over your daily habits—something incredibly important for anyone new to behavior change.

And once a habit is established, you can easily expand on it.

But you need to walk before you can run.

So your priority at first should be to make sure you never miss a habit. And a surefire way to do that is to make it so easy you can’t say no.

10% of people admit they spend over three hours distracted by their phones every day.

The easiest way to break that habit?

Make it harder to do.

Instead of keeping your phone within arm’s reach at all times, keep it in a different room.

Still struggling to resist checking your notifications? Put your device at the bottom of your sock drawer. Turn it off. Lock it in a safe.

No matter how strong your habit of checking your phone is, you’re sure to reduce it if you make it harder to do.

Of course, the opposite applies to habits you want to build. The less friction there is surrounding a habit, the more likely you are to do it.

So, make the habits you want to perform as easy as possible.

Lay out your running gear beside your bed before you go to bed each night. Keep floss beside the sink where you can’t miss it. Lay a book on your pillow on a morning so you literally have to pick it up to get into bed each night.

We repeat behaviors that make us feel good. But a lot of the habits we want to build offer delayed gratification—they’re good for us in the long run but unpleasant or boring in the moment.

Ordering salad instead of pizza, going for a run instead of staying in bed, or concentrating on a difficult work task instead of scrolling through social media are all examples of delayed gratification.

Want to tip the scales in favor of healthy habits rather than momentary pleasure?

According to psychologist BJ Fogg: “Emotions create habits… [and] celebration is the best way to use emotions and create a positive feeling that wires in new habits.”

Marketers are well aware of the power of rewards to drive new habits and routinely use it to drive sales. For example, 50% of customers change their habits just to get to a higher tier of a loyalty program they participate in.

Fogg explains you can supercharge your ability to develop a new habit by celebrating at three different times: “the moment you remember to do the habit, when you’re doing the habit, and immediately after completing the habit.”

Your celebration can be something you say or do, or just something you think or imagine. A fist pump and a “yeah!”, a big smile, or imagining the roar of a crowd.

Whatever it is, your celebration needs to make you feel good, because emotions create habits. And if you can make choosing the salad instead of the pizza a win in the moment as well as months down the line then it will be much easier to make it a habit.

So, next time you hit “done” on a task you’re tracking with Toggl Track, try a celebration on for size out—and keep experimenting until you find one that works for you. It might feel corny at first, but research shows it’s a surefire way to stick with your habits.

Be kind to yourself

Falling off a new habit is easy. Around 80% of people who set New Year’s resolutions have abandoned them by early February.

Even if you implement the tips I’ve outlined in this article, changing hardwired behaviors is hard. And beating yourself up is the worst thing you can do if you miss a day.

Instead, take a long-term view. Will missing a few workouts here and there have a meaningful impact on your health and fitness if you otherwise hit the gym three times a week?

Just be sure to get back on track by committing to never skip a habit twice in a row.

If you struggle with this commitment, don’t beat yourself up. Remember, you can’t make habits stick through willpower.

Instead, make the habit smaller so it’s easier to complete, create a more compelling cue, or reevaluate whether it’s a behavior you’re intrinsically motivated to make a part of your life.

Going back to the drawing board with those three key elements of your new habit is bound to be a lot more productive than beating yourself for slipping up.

Mastering the art of creating healthy habits—and breaking bad ones—is one of the most effective ways to improve the quality of your life, achieve your goals, and become a happier, healthier person.

Follow the six-step process I’ve outlined here to build any habit you want in your life and master the art of behavior change.

6 Ways to Make Deep Work Work for You

Have you ever felt the need to push yourself harder? To take your abilities to the limits and challenge yourself to set new records? This idea, while not always easy to accomplish, is something many hard working people strive for. It’s called deep work, and there’s a lot more to it than you might think.

I think we’ve all been in one of these situations at least once. Yes, we are admitting it without guilt! Time management is tricky and here are some situations we all probably recognize. I should be working, but… 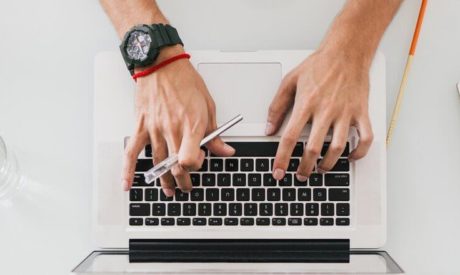 The Best Slack Calendar Integration And How To Set It Up

Slack is rapidly becoming THE online tool for team communication. We use it, you use it, everyone uses Slack nowadays because it’s extremely intuitive and it can make work less boring. Slack just feels, looks and sounds different than the boring enterprise competition. And that makes it fun to use and turned it into a