Mornings are awesome for productivity. Guess what else is awesome? Cat pictures.

To escape their temptation, I tried cutting off the internet from my morning routine. While I wouldn’t go as far as to suggest this as a universal Band-Aid for time bleeding, I did learn a few important lessons in the attempt. 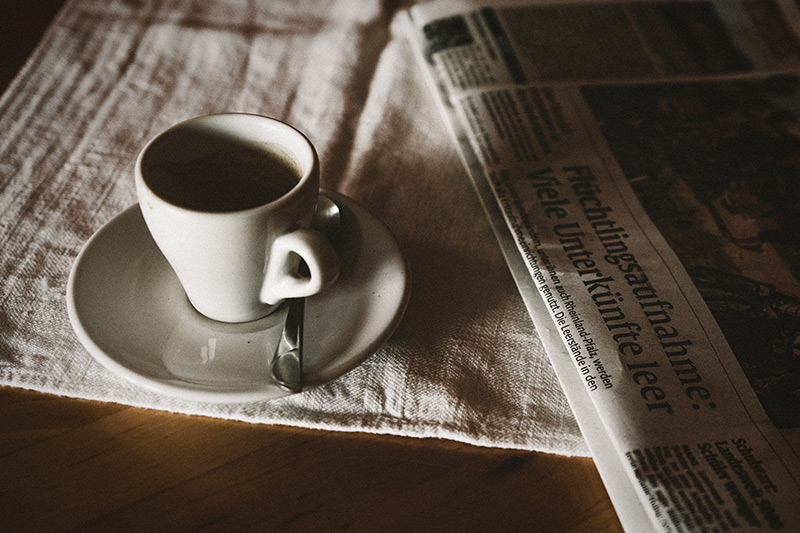 If you’re anything like me (and many of you might well be), the internet offers plenty of temptations. You know how it goes—you open your computer to check your emails and five minutes later you’re on Wikipedia, reading up on the finer points of marine biology in the southwestern Pacific Ocean. But even if you’re not among the 20% of people suffering from chronic procrastination, constant exposure to the never-ending stream of content can sometimes derail even the most focused individual.

In my case, I recently discovered that aimless browsing takes a considerable chunk out of my 90-minute from-sleep-to-work routine. A lot of that aimless browsing comes at the expense of other, arguably more important morning routines like eating and showering. Since I wasn’t willing to compromise my schedule by shifting waking up to an earlier hour (I’d probably just end up looking at cat pictures for longer), I took a radical step and cut off my morning computer time altogether.

The following is a diary of how that worked out over a period of one week, and what I’ve learned since I pulled the plug.

It’s day one and I’m not wasting any time making use of the “no morning internet” rule. I’m pleased to discover that I’m not feeling as tempted by the internet as I thought I would. It’s like learning to wake up early – once you actually enforce your decision to change something, that change comes easily. Taking the first step is crucial.

“Shhh, only dreams now” I told my Mac as I closed its lid. “Mm-mmph,” it protested. After shedding a few tears, the relief of offline life set in, and I was good. At one point I did reach for my smartphone to see what time it was but suspecting a trap, I turned away at the last second (yes, smartphones count as computers). Instead, I used the analog clock on the wall to check the time, like some sort of a caveman, or a hipster.

With the internet cut, day one has definitely seen less procrastination, though I did snooze the alarm twice. It’s important to remember, however, that cutting morning internet use doesn’t mean you can sleep longer. Reducing procrastination amounts to nothing if you just replace it with something equally unproductive. So no snoozing, and on with it!

P.S. Pro-tip: move your alarm clock/phone across the room. This way you’ll have to get up to silence the alarm, and are less likely to crawl back to bed.

Bodily habits, once formed, are tough to break. At one point this morning, without giving it the slightest thought, I did place my finger on the laptop lid. As I did, I suddenly remembered my epic quest and its core commandment. I backed away and carried on with the more earthly tasks. Nice try brain, but no bite.

While I’m not consciously craving online-time, I have started bargaining for other media use. If my goal is to clear my head and save time by cutting off morning distractions, does that include TV? Can I have the morning program run in the background? What if I read a physical copy of a newspaper? Nah, that’s just silly.

There’s a strong argument in favor of cutting out all media. I think we’re pretty used to living under a constant barrage of information and it’s easy to forget the benefits of silence. I was finding that once I shelved the idea of any morning media exposure for an hour or so, I was coming up with more ideas more. In short, it’s easier to formulate your ideas when you put yourself in a quiet environment. 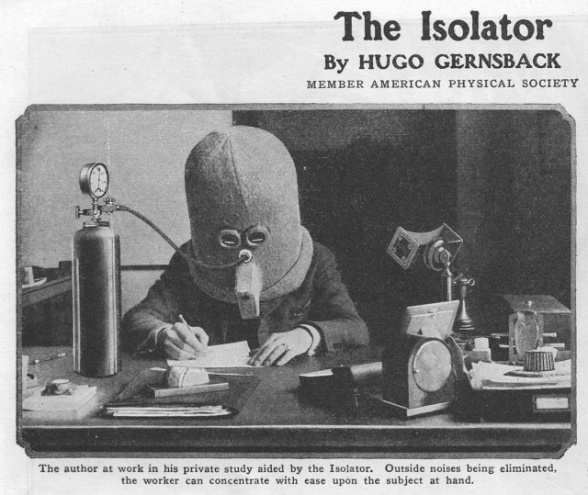 Though try not to overthink that advice.

Day 3 – Going back to pen and paper

In addition to increased clarity of thought, I’ve discovered another perk of cutting technology from my morning routine—improved handwriting! This is great, as I feel handwriting is one skill I’ve ignored for the better part of the past decade. 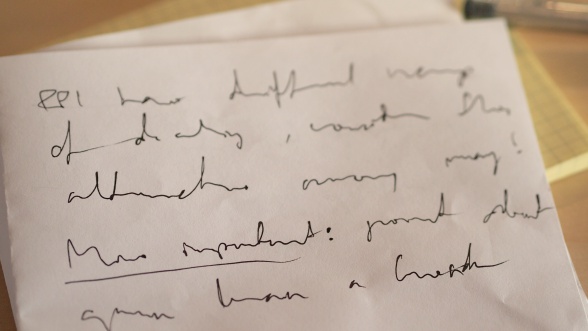 I’ve seen doctors write with more grace than this.

The reason I’ve picked up handwriting is that I still need to keep track of any ideas I might come across. With my computer’s lid firmly shut, paper is my only option. While this is bad news for trees, using paper notes does have benefits. First, paper doesn’t have tabs or notifications, so there are fewer distractions. But more importantly, writing things by hand stimulates the part of the brain responsible for filtering incoming information.Essentially, your brain pays extra close attention to what it is that you’re scribbling down.

P.S. I was 18 minutes late today since I had to run back for my laptop, which I left at home because I forgot it even existed.

One thing I’ve noticed about cutting off morning internet is that when I’m less engaged with the computer screen, my mind is more actively engaged in seeking out new ideas. It’s not just me either – studies have shown daydreaming can lead to great ideas. The best part is this kind of productive procrastination requires no conscious effort – your brain does the work for you, all you have to do is chew on your sandwich, stare into the distance, and let the daydreaming happen. Basically, be a zombie. 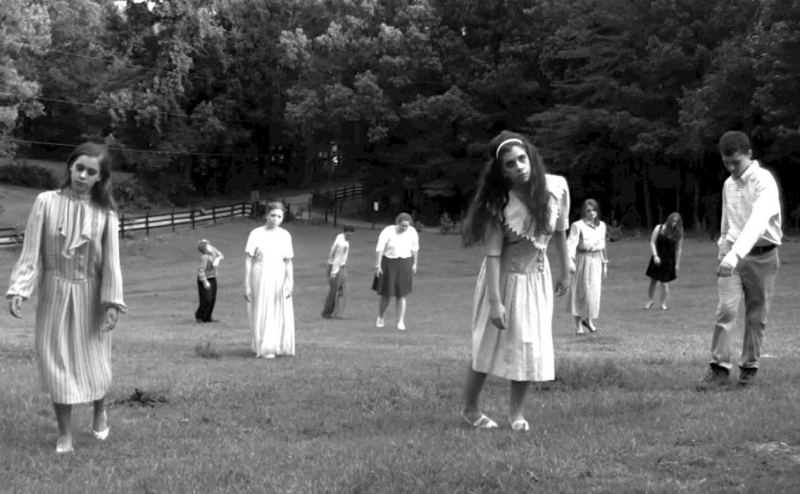 Where you see zombies, I see the next Steve Jobs, Ernest Hemingway and Richard Branson.

It’s surprising how quickly habits can form once you make the decision to build them. I’ve always been a bit clingy when it comes to the internet, and I did hesitate before giving it up. But now that the challenge is up, I find that the craving is gone. I find that I’m more rested when I arrive at the office, and my face doesn’t look like an I spent the night modeling for the Lord Voldemort School of Make-Up. I’m on day nine now and I’m not looking back.

What works for me, though, might not for others. If you find yourself in too big of a rush in the mornings and feel that the internet may be partly responsible, do give this challenge a try. But in my view, more than anything, this challenge is about general lessons. If you’re not taking up the challenge, take this piece of advice: Give your brain some room to breathe. If you can’t afford to disconnect completely, make sure you let your mind wander in peace, even if it’s only for ten minutes.

Remember – silence is golden (and morning internet is pig iron, at most). 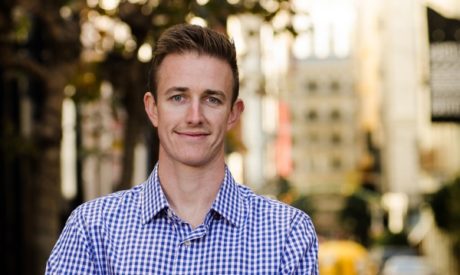 Ryan Robinson is an entrepreneur and content marketer who teaches people how to create meaningful self-employed careers. His online courses – Launching a Business While Working and Writing a Winning Freelance Proposal – can teach you how to start and grow your own business while working a full-time job.

How I Increased My Productivity 238% by Toggling My Activities

I started using Toggl in the beginning of 2014. Since that time, I’ve: Reduced time wasting activities by 46% Increased revenue by 27% And increased my revenue per hour by 238% I know this because – thanks to Toggl – I’m able to track all of it. In this blog post, I’ll show you exactly how