In business, the question isn’t if problems will occur, but when. As a professional in a management position, it’s your job to extinguish any and all fires that arise within your department. But the truly great leaders also understand that success is oftentimes won by eliminating problems before they happen. This is where a root cause analysis can prove invaluable.

In this blog post, we’ll discuss what a root cause analysis is, and we’ll outline a simple five-step process you can use to conduct one effectively. Then we’ll illustrate the entire concept with a real-life example. Sound good? Let’s get started!

Root Cause Analysis: A Definition

Let’s start with a definition. Root cause analysis, sometimes abbreviated to just RCA, is a process used to determine the underlying cause of a problem.

When the underlying cause or root of an issue is identified and understood, it can be remedied and avoided in the future.

Many organizations treat problem symptoms rather than root causes.

This is akin to weed whacking weeds in one’s garden. Yes, the current issue will be momentarily resolved. But unless each weed is dug up and completely rooted out, the undesirable foliage will continue to sprout again and again.

The key to discovering the root cause of a particular problem is to ask “why?”

Why did that piece of equipment fail?

Why did that employee make that decision?

And so on and so forth. Each “why” question should lead to an additional one until, eventually, a root cause is identified.

Let’s pretend that your wrists have been causing you great pain lately. So much so that you’ve requested time off from work to go see a doctor. The physician informs you that you’ve developed carpal tunnel and writes you a prescription for medication.

The medication, while helpful, really only treats your current symptoms. If the root issue causing your wrists to hurt isn’t identified, the pain is likely to return in time. You don’t want this to happen so you ask “why am I having this pain?” A thorough analysis reveals to you that the carpal tunnel was sparked by your voracious writing habit. You’ve been spending hours each night writing your debut novel.

All this time at the keyboard has caused your wrists to hurt, which caused you to miss work and visit your doctor, who prescribed medication. See how that works?

It should be noted that, while root cause analysis processes are generally used to find and eliminate problems, this procedure can also be used to identify success factors so that they can be repeated for continued success.

Let’s dig into a simple process for identifying root causes. Follow these five steps and you’ll be able to pinpoint not only what went wrong, but why, and use that understanding to ensure similar problems and mistakes are avoided in the future.

First, you need to identify what actually went wrong. What problem are you hoping to resolve by embarking on a root cause analysis process? Typically there are three basic kinds of problems:

Decide which of these problems is to blame for the current issue and problem symptoms that you’re dealing with.

2. Collect a Sufficient Amount of Data

Now that you know what the surface problem is and the symptoms that it’s causing, you need to collect as much data as possible.

Ask yourself questions like, “How long has this problem existed in our company?” and, “What impact is it having on daily operations?”

It’s beneficial to get a multitude of opinions at this stage. Ask your employees, the people who deal with this specific problem area on a regular basis, for their input. Their perspective will prove valuable as you work to identify and eliminate a problem’s root cause.

Now the analysis aspect of “root cause analysis” really enters the picture in full force. Start this step by re-constructing a timeline of events.

What led to this current issue?

What other problems coexist with the current one you’re dealing with. Identifying a timeline and asking these kinds of questions will allow you to begin realizing specific causal factors.

A causal factor, as defined by TapRoot, is: “An action or lack of action that caused an Incident or made the incident worse.”

Basically, causal factors are the reason you’re dealing with your current problem. And make no mistake, there are almost always multiple reasons. So dig deep when considering causal factors. Do your best to identify multiple ones, as long as multiples do, in fact, exist. You’re much more likely to resolve issues this way.

At this point in your root cause analysis, you’ve clearly outlined the problem and identified the symptoms of it. You’ve also collected a sufficient amount of data, utilizing the knowledge and experience of your employees to do so, and drilled down to realize each causal factor.

Now it’s time to assemble all this information together and draw a conclusion. Why did your problem occur?

You discover the answer to this question by taking each causal factor and asking “why?” until you find the root cause. Why did the machine malfunction?

Congratulations! At this point in the root cause analysis process, you’ve identified the real reason (or reasons) for the issue at hand. But your work isn’t quite done yet. You now need to develop and implement a practical solution to avoid this problem in the future.

What can you do to make sure this problem never happens again?

Do you need a new process?

How about a new piece of equipment or software?

Perhaps you need to hire an additional employee or two. Whatever solution you deem necessary, implement it right away!

Waiting only opens the door to further complications.

A Root Cause Analysis Example

There you have it, a five-step root cause analysis process. It doesn’t seem so bad right? Now that you thoroughly understand the procedure, we want to give you one more example of it in action. Here it goes…

Jim manages a small marketing team at a startup software company in Silicon Valley. In order to really promote their products and increase their customer base, Jim has decided to invest in a full-fledged content marketing campaign complete with blogging, social media, and email marketing initiatives.

It’s an ambitious goal, but Jim has a talented and dedicated team and he knows they can accomplish it. Up until this point, things have gone really smoothly.

But unfortunately, last week Jim’s team had their first set back. After pouring a lot of effort into networking and meeting with the decision makers at many different publications, Jim secured for his company the opportunity to write about their software in a major news outlet.

The team was really excited and got to work immediately, planning and scheduling each detail of the project. Unfortunately, midway through, the team’s main writer got really sick and missed a week of work. Other employees tried to cover, but things slipped through the cracks.

The team missed blog dates and their social media channels went stagnate. When the sick writer was finally able to return, they were so close to their deadline that he had to rush to finish it, neglecting to incorporate a few main points that the publication had specifically asked for.

As you might guess, the submitted piece was rejected and Jim’s relationship with the publication will likely never recover.

To pour salt on the wound, the company’s own channels lost momentum, Jim’s boss is angry with him because scheduled blog updates announcing new software features were never published, and company ad dollars were wasted on Facebook ads that weren’t converting.

Jim completely forgot to check the results on those because of every other fire he was trying to extinguish!

A Root Cause Analysis for Jim

What could Jim have done differently?

Let’s analyze that: First, we can identify the surface problem as Jim’s main writer got sick, derailing project progress.

The symptoms of this problem include missed publishing dates, subpar work, and the ire of Jim’s boss. But we know that the root cause of this problem isn’t some flu bug. It’s deeper than that. So let’s collect the data.

How long has this problem been around?

Well, since human beings have been getting sick since the beginning of time, we can safely say that Jim’s problem has deep roots. We can also see that the impact this problem has had is significant.

Not only did Jim lose a valuable contact, but he’s also in danger of losing his job. His team is also frazzled. They feel a bit worse for wear after working so hard on various marketing initiatives only to come up short.

As we move on to discovering the causal factors behind Jim’s problem, we can identify a few right off the bat:

By digging deeper into each of these problems and asking “why?”, we can start to understand the root cause of them.

Why did Jim set unrealistic expectations for his small team? Because he really wants to succeed and prove himself to his boss. Why? Because Jim is ambitions and wants to ascend the corporate ladder? Why Because he wants to feel like a success.

After doing this exercise with each causal factor, Jim determines that he needs to temper his ambitions and chase steady growth. That’s what will put him on track for success.

Finally, Jim commits to working with a management consultant. This experience has taught him that he has a lot to learn about managing both projects and teams. He’s resolved to seek the help he needs to improve. Way to go, Jim!

Conducting a root cause analysis whenever problems arise is incredibly important. You can’t truly remedy issues and prevent them from returning in the future without first understanding what they are and why they occur.

So do yourself a favor and follow the five-step process outlined in this blog post. Start by realizing the problem and collecting data on it. Then identify causal factors and ask why they exist.

Finally, draw conclusions as to the true foundation of your problem and implement a plan to prevent it in the future. Happy analyzing!

Feel like you’re not getting enough done? Do minutes, hours, days disappear like they’re Game of Thrones characters at a wedding? The solution? Time management–but it can be tricky to remember.

How to Resist the FOMO as a Digital Nomad

FOMO is a real thing. Although its effects vary from person to person, it’s especially strong with me. Why is that, you might ask? Well, for the past year I’ve been making the most of working remotely by living in different places around the world. This has been incredibly rewarding but has made balancing fun 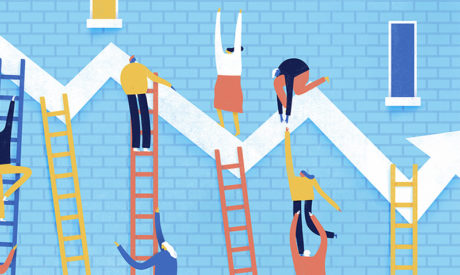 When it comes to B2B marketing, there are plenty of hurdles that you need to overcome. But, the one that requires you to put in the most effort? Without a doubt, it’s B2B lead generation.