There was a point in my career as a project manager when I was ready to give up.

I had a reputation for being a “stand by your project” type girl. It didn’t matter how ambitious the deliverable or deadline was: I found a way to make it work, even if I stayed later than the janitor and made teams cringe when they were assigned to me. The problem was that this approach to project management was as inefficient as it was successful. There had to be a better way of doing things, or I couldn’t do it much longer.

When a fellow project manager recommended the Kaizen approach, I thought he was talking about something he’d seen in one of his beloved sci-fi shows. The guy actually had a degree from the Klingon Language Institute, so you can’t blame me for wondering if he was just blending art and life again and enjoying a joke at my expense.

I asked him if Kaizen was a real thing, and he immediately replied in the affirmative. “It sure worked for Toyota,” he said.

He jerked his head in the direction of my computer screen. “Google it.”

Lucky for me, he was telling the truth. Kaizen was not some intergalactic mantra: it was a decades-old method of continuous improvement designed to reduce waste and streamline work in an existing system. Its approach was based on two core principles:

I tried it, and I’m still a project manager. In other words, it worked!

The Origins of Kaizen

In the U.S. automotive industry of the 1940s, time was money. More people were driving than ever before, so the automobile manufacturers scrambled to get cars into the hands of buyers as quickly as possible. Waiting lists meant losing business to the competition.

There was a downside to these hasty production tactics: a lot of defective automobiles hit the market. As you can imagine, this resulted in unhappy customers, so a group of automotive executives from the U.S. visited Japan to tour the Toyota manufacturing plants there. They wanted to see how Toyota was managing to release so many cars without compromising on quality. If anything, the quality was getting better.

These executives found that instead of punishing workers for making or detecting manufacturing errors, Toyota encouraged them to stop production and fix the issue. The company also asked employees to make suggestions on how to improve efficiency and decrease waste. This philosophy, known as ‘Kaizen’, allowed Toyota factories to enjoy the dual benefit of continuous improvement and fewer expensive errors.

The U.S. executives introduced Kaizen to their facilities and marveled at the results. In the years that followed, it migrated beyond the automotive industry and improved processes in multiple industries, from education and healthcare to creative and tech. Today, it helps project managers like me encourage continuous improvement in our teams.

Kaizen is a Japanese word meaning “good change.” It is based on the belief that when improvement is incremental and continuous, it results in positive change over time.

Ask any project manager and they will tell you how much havoc results when innovation is forced and rushed. Too many industries subscribe to the “Go big or go home” philosophy, forgetting that this attitude caused so many problems in the automotive manufacturers of the 1940s. Kaizen is less about making frantic breakthroughs and more about well-planned adjustments, accepting setbacks, and using all lessons learned to make things work better.

The basic principles of the Kaizen approach to continuous improvement include:

What I especially love about Kaizen is that it’s not a rigid series of rules. You can adapt it to your unique management style and your team’s special dynamics.

Identify Where You Are Wasting Time and Resources

Waste reduction is one of the core principles of Kaizen. As strange as it sounds, you can improve personal and team productivity by doing less, not more.

Start by identifying the unnecessary tasks that are wasting your time. I had a hard time with this at first because we’re not always aware of how we’re mismanaging our limited schedules. After spending a week tracking every task I performed and how long it took, I saw that I could save a LOT of time by:

When you track your time and get your team members to do the same, it soon becomes apparent which tasks are worth your time and which ones aren’t producing tangible results. Cut that deadweight from your schedule and you’ll be able to focus on the processes that matter.

As you identify areas for continuous improvement, resist the urge to be too ambitious. In this “time is money” culture, our instinct is to want fast results, but slow and incremental improvements made over time are much more likely to take hold.

In my case, I knew that many of my team members were unhappy with the late nights they often had to put in. Determined to improve productivity during office hours so that they didn’t miss dinner with their families, I suggested that we start work on the project half an hour earlier. That extra half-hour, used at a time when all of us felt fresh and energized, made a huge difference. The late nights didn’t disappear completely, but they became enough of a rarity that we coped well when they were necessary.

Reflect on What’s Working and What Needs Work

Take time to reflect on what changes are working and which ones aren’t. Like the Toyota employee of the 1940s, don’t be afraid to stop the production line to identify points where productivity is lagging or there may be a better way of doing things.

I implemented a Monday morning team review to reflect on the past week and recommend changes for the week ahead. During this half-hour discussion, we also:

Instead of feeling frustrated and defeated over inefficiencies, we enthusiastically came up with ways to prevent them from happening again. Instead of being deterred by setbacks, we embraced them as welcome challenges.

Applying the Kaizen Philosophy to Your Project

No matter what industry you work in, your project has the same base elements:

It doesn’t matter whether you’re building a new school, constructing a bridge, designing an app, or launching your biggest client’s September issue- every project also consists of steps that progressively lead to a successful completion. When you apply the Kaizen philosophy of continual improvement, you can achieve economies of time and resources at every stage of your project.

If you complete a step earlier or at a lesser cost than originally envisioned, you have more time and money to devote to other stages of the project. Just make sure that you utilize these freed resources and don’t let them remain idle.

You should never use Kaizen to introduce drastic innovations. Your team needs to keep working under the same conditions that they are familiar with because increased comfort level leads to more commitment and informed thinking. Everyone will suggest and accept innovations with greater ease because they understand the process. The result is a seamless implementation of these innovations, with little or no interruption of the regular workflow.

Don’t be surprised if Kaizen leaves your team members excited and energized. If you’ve been following the same project roadmap for months or even years, it’s likely that everyone’s thinking has stagnated. Although the changes are incremental, the concept of Kaizen is so revolutionary in this environment that it acts as a reset button. Suddenly there are newer and better ways of doing the same work, which jolts everyone out of their complacency and inspires the enthusiasm needed to embrace the continuous improvements that are basic to the Kaizen philosophy.

For me, Kaizen was a refreshing and energizing alternative to the feelings of frustration and defeat that normally accompanied overly ambitious actions and decisions. I accepted the fact that improvements wouldn’t take place overnight, but with Kaizen, they would take hold gradually and be here to stay.

It’s no big secret that starting a small business can be difficult. You’re literally building an entire empire from the ground up. There are a few ways to make sure that you’re ready for the wild and crazy fast curve balls that your small business will throw at you. The best, but not always the

Marketing agencies play an important role in shaping our culture. Wieden + Kennedy created Instagram’s ‘Stories are Everywhere’ campaign, which celebrated personal creativity, and McCann’s ‘Fearless Girl’ statue for State Street Global Advisors embodied female empowerment. These and other campaigns became overnight hits, but they took a lot longer than that to develop. At typical 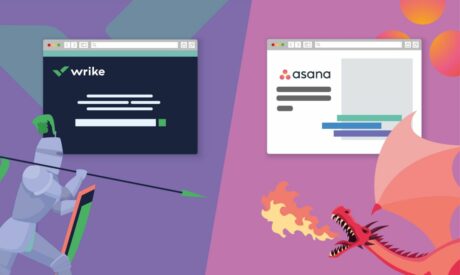 Wrike vs Asana: Which One’s Better For Creative Teams? (2022)

Both Wrike and Asana are powerful project management applications. But which one’s better for your creative team? Read to find out who wins the Wrike vs Asana battle based on features & pricing.