Finding it difficult to focus while working? Join the club. We might be motivated, educated, and resourceful, but we’re not reaching our highest professional potential because we don’t know how to focus.

The solution may lie in a surprising place: the art of attention and focus according to Japanese martial arts–or zanshin.

Zanshin is defined loosely as “left over or remaining mind.” It refers to a relaxed state of awareness that empowers martial artists to remain calm and prepared during all phases of a fight.

What does that have to do with meeting a tight deadline at work, or preparing a massive PowerPoint presentation? Well, as it turns out, a lot.

Zanshin is not necessarily about annihilating your opponent in combat, or being prepared to take a blow or kick. Instead, this Japanese concept is about entering a state of mind that allows you to remain laser-focused without anxiety.

In other words, it’s an intentional, strategic approach to getting your best work done, every day (and hour) of the week.

Why we need zanshin

According to the American Bureau of Labor Statistics, reported Business Insider, the average office worker spends 8.8 hours per day at work. But according to a survey of almost 2,000 office workers from the UK, most office workers spend less than three hours actually working productively.

More than ever, we are living in a world ruled by distractions. The so-called attention economy treats our focus as a commodity to be captured by brands and businesses–even during work hours. Not only that, but many of us have become accustomed to multitasking, dividing our brain space between what we’re actually doing and what’s next on our busy calendars. Finally, we often feel burned out and stressed by deadlines and work-related pressure, making it even harder to concentrate on the task at hand.

All that being said, it can feel difficult–even impossible–to sustain the kind of concentration required to do our best work. A single project or task that should take two hours can easily take twice as long when we’re not focused.

The origins of zanshin

As mentioned above, zanshin is usually associated with Japanese martial arts. It’s practiced during kyudo–Japanese archery–and during kendo and iaido–swordsmanship. In all of these cases, zanshin means that the artist is in a unique state of awareness before, during, and after an action or interaction.

According James Clear, author of Atomic Habits, who also highlighted the potential of zanshin for self-improvement on his blog, the point is not so much the outcome–whether an opponent wins or an archer hits a target–as it is the process of moving towards that outcome.

Clear recounts a powerful story that demonstrates this concept. The story is from a book by Eugen Herrigel, a German professor who moved to Japan in the 1920s and wrote about his experiences. During Herrigel’s stay in the country, he began to learn kyudo from archery master Awa Kenzo. But after four years of training in the basics, Herrigel still had poor aim and was unable to hit his target.

To teach him how to succeed, Kenzo demonstrated an extraordinary feat: He hit two bulls eyes in the complete dark because he knew how to posture his body, pull the bow, and release.

The lesson? Form and process are far more important than actually focusing on the end goal–in this case, hitting the target.

In the same way that this mindful approach helped a master archer succeed in the 1920s, zanshin can also help you develop a focused, strategic approach towards work–even in the midst of 21st-century distractions.

First, zanshin helps you position yourself for success. When you’re committed to the process of work rather than the end result (e.g., meeting a deadline or making a certain amount of money), you can remain calm and focused. You can tackle what’s in front of you without getting overwhelmed. You can even enjoy work more, easing into the flow of whatever it is you’re doing (writing, editing, designing, communicating, etc.) without stressing about what you haven’t or have accomplished.

In short, zanshin helps you remain in the moment.

And that state of focus and concentration is ultimately what will help you hit the mark and achieve your goals, meet your deadlines, finish your projects, and stay on track.

Finally, learning the art of zanshin can help you actually enjoy your work. Think about it: When your only criteria for success is to remain focused, that removes an enormous amount of pressure from your workday. For you, winning means concentrating. Nothing more, and nothing less.

How to use zanshin in your work and life

Though zanshin is characterized by a state of relaxation, it takes practice and intentionality to master. This state of mind doesn’t come naturally to most, especially if you’re accustomed to mental multitasking–or checking your iPhone constantly.

That being said, here are three specific strategies to help you learn from zanshin and put yourself in a similar mindset.

Think about the task at hand

As mentioned above, focusing on the task at hand–rather than the end result–is a more constructive approach to actually staying focused.

Instead of stressing about what’s next, or worrying about the outcome of a project, think instead about what you’re in the process of doing: writing another paragraph, collecting specific metrics for a proposal, organizing an editorial calendar. That will help you remain in a state of undistracted flow and help you actually achieve quality work in the moment.

Take a moment right now, and pay attention to your physical body. Are your shoulders tense and hunched as you sit (or stand) at your computer? Are you taking short, shallow breaths? Is your forehead furrowed up and your jaw clenched?

Practitioners of zanshin know that maintaining the right physical posture is key to remaining alert over a period of time. Likewise, your own physical habits at work are critical to sustaining a relaxed state of focus.

These habits and reflexes are often formed and assumed on a subconscious level, and yet they can exacerbate stress. In fact, a study published by the National Library of Medicine showed that maintaining an upright posture can help you develop resilience to stress.

All that being said, be aware of your physical body as you work. Take deep breaths. Roll your shoulders back. Relax your facial muscles.

Practicing this kind of self-awareness will not only help you position yourself for a sustained period of focus, it’s also better for your physical and mental health.

Don’t get discouraged by failure

In martial arts, zanshin helps you maintain your dignity, regardless of the outcome of combat. That being said, practicing zanshin at work often means reframing your perspective on failure.

When you don’t make the sale, or sell your product, or get the funding, don’t allow it to derail your confidence and focus. Instead, see the setback as a part of a larger process. Be vigilant in maintaining motivation and eventually, you will succeed.

Mastering zanshin can also mean learning better time management through better mental prioritization: the two feed into each other in a virtuous cycle.

What is your priority right now? Is it collecting preliminary research for a report, or worrying about the results of the report? Is it finishing an email to a client, or checking your social media feed? Is it stressing about a project that’s due next week, or finishing what’s in front of you?

Ultimately, zanshin helps you leverage your concentration to help you take a healthier, more strategic approach to how you use your own time. By remaining relaxed and giving your attention to the task at hand, you better equip yourself to reach your end goal and avoid distractions along the way.

At the end of the day, what this Japanese practice proposes is approaching your work with mindfulness and intentionality. And whether you decide to embrace zanshin in part or full, this mindfulness can help you achieve your best work, prevent stress, and improve your time management skills. 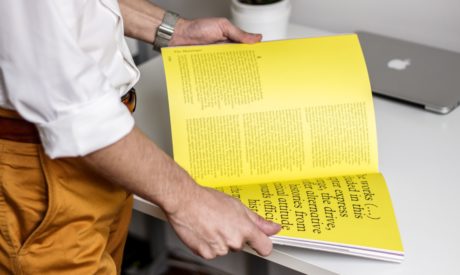 We asked our designer Heidi to put together a list of free design tools for the cash-strapped creatives. This is how she got started. Every experienced designer has great sources for stock stuff and inspiration. But when you’re just starting out, the Internet can be a big, scary thing and finding free stuff can be difficult.

Ah, working from home – smells like Millennials in their underwear typing up ad copy on their Macbooks. But what would the world look like if everybody got to work from home? We gave it our best guess:

Managers sometimes get a bad rep – so much so that some are beginning to question if we need them at all? And while there’s a few bad apples in every basket, all is not lost for the bosses.