How To Write A Press Release With Free Template

Get templateOr sign up for Toggl Track
See all resources

How To Write A Press Release With Free Template

What is a press release?

A press release, also called a news release or media release, is an official statement that an organization sends to members of the media. It is most commonly in the form of a one-page written document, but may also be a video or audio recording.

The press release is one of the oldest staples of marketing.

However, in a time where many of us also get our updates from social News Feeds in 140 characters or less, some may question if the press release is still relevant or necessary?

There’s a reason why press releases have lasted this long: they are effective.

They are one of the top ways that organizations get the word out and press get content for their next stories. They are still considered the primary way to pitch company news and stories to media in the hopes that they will be covered.

The purpose of the pitch is ultimately to get media coverage.

Reporters, journalists, editors and other members of the media are your audience. They decide whether or not they will use the content in your release for a published story, so it needs to be something that is newsworthy and culturally relevant.

When do you need a press release?

There is no set standard time for when a company should send out a press release. Here are a few of the most common reasons for which they are written and distributed:

The key is to remember that the subject of the press release needs to be relevant to the specific reporter or media outlet or at least relevant to a large segment of the public.

You may think that it is newsworthy, but it won’t be picked up unless the person reading it thinks it's newsworthy as well.

Get the press release template here

This template is an editable .docx file. You can edit it in Microsoft Word or import it into Google Docs.

Tips for Writing the Press Release

Simply having a press release doesn’t mean that you’ll get media coverage. It has to be well-written and newsworthy. To craft effective press releases, keep these three tips in mind:

Most individuals and companies believe that their stories are worth talking about. However, that is because they are involved directly.

To a journalist, it may not even be that interesting, let alone worth being published.

Ask: Why does it matter to them─and their readers or audiences? In addition, remember to write it in third-person. There should be no “I” or “We”.

2. Be timely and relevant

If your press release coincides with a current hot topic or trend, it is more likely to be picked up by media sources.

This is because, in theory, more people will care about the story. Also, if the data or solution you are discussing addresses a major problem, it can increase relevancy.

The data and information that you provide in your release needs to be your own and provide value. You will be asked to back up your claims and statistics, so don’t fabricate or embellish anything.

Sections of a press release template

Similar to blog posts and web pages, the headline of a press release is one of its most important elements. It is the first thing that viewers see and influences whether or not they continue reading.

To craft compelling and intriguing headlines here are a few essentials to remember:

For example, take the video streaming platform Netflix. Their press releases have attention-grabbing headlines like, “Netflix Cheating is on the Rise Globally and Shows No Signs of Stopping”. Viewers may wonder: What is Netflix cheating? Does it affect me?

Because the headline creates curiosity, people are more likely to continue on.

It is also much more intriguing than a headline like, “Couples Stream Ahead of Shows Without Their Partners”.

See the difference? Wouldn’t you rather click on the first headline? Both explain what the press release is about, but the first one is much more exciting.

What is the number one takeaway from your story?

If you could only pitch one piece of information from your press release, what would it be?

That one takeaway should be in your summary. The summary is pretty straightforward. You tell your audience what the press release is all about. It is placed between the headline and the first paragraph.

In the Netflix press release, the summary was, “New data reveals 46% of streaming couples around the world are watching ahead of their partners and most only plan to cheat more.”

Their summary is succinct, clear and precise. It provides a neat overview of the rest of the content, and entices you to go on.

The Dateline and Lead Paragraph

Right before the first paragraph, include the date and the city where the press release is issued.

The city should be formatted as (CITY, state abbreviation) if it is in the United States. In some cities like Chicago, New York and Dallas, you don’t need to include the state. Follow the Associated Press Style Guide to determine the proper format for your location.

The lead paragraph isn’t the place to show off your vast vocabulary or beautiful prose. Get to the point: tell your audience know why your story matters.

The first or intro paragraph of your press statement should cover the who, what, where, why and how of your story.

Press receive hundreds to thousands of press releases every day. Show them that you value their time by getting right to it. Otherwise, they won’t waste their time on you.

The first sentence should be an attention-grabbing hook. Again, in the Netflix press release they nailed it with: “No relationship is safe.”

Immediately, people want to read on, because now they have questions that need to be answered like: Why isn’t it safe? If the reader is in a relationship, they may even relate to the content and be motivated to read on.

If the reader has made it past the first paragraph, they’re saying: “Tell me more.” The body of the release is your chance to give some more details. They should be valuable to the reporter and help them with their story.

Here, you can include relevant quotes from key people involved (industry experts, executives, customers, etc.). In addition, include statistics and data that support your claims in the introduction.

From the intro, you move from general idea to specific. In the body, you can further elaborate on the 5 W’s. You can tell why and how your product launch will change an industry or solve a problem.

However, be careful not to come off as an advertisement. Focus on the solutions and how they will affect users, not on the cool features and how your company is an innovator in your niche.

The boilerplate comes after the body of the press release. Essentially, it is the “about” section that tells the media person who you are, what you do, where you’re located and other key company information.

It doesn’t need to be any more than a few sentences, as long as it captures the most important, basic information. You can also include a link to your website at the bottom, so that the reader can learn more about you if they want.

Contact Information: If a reporter or journalist wants to know more about the story and information in your press release, you want them to be able to contact you, right? The standard press release will include the information for the person to contact for more details. You’ll want to include: Contact Name, Phone Number, Email Address and Mailing Address.

So far, we’ve covered the reasons for writing a press release, the format and elements, along with the most important tips for effective writing. Now, ask yourself these questions before distributing your press release:

Lastly, don’t send a first draft that only you have reviewed. Get a second or even third eye on it before sending it out to your contacts.

Now, you should have a solid press release that's ready to go. The next question: who and where do you send it to get published? There are a few options. You can send it to press release sites online. Examples of top distribution services are:

These distribution services usually have a fee, so if you use them, choose wisely.

When should you publish?

Reports have shown that the time that you publish a release using these sites can affect the reach. It is recommended to post a few minutes after the hour.

This means that there is more competition for you and fewer people will see it. (AKA, all of the hard work you put into crafting your press release will be worth little if no one sees it.)

At the end of the day though, it's all about who you know. Forming connections with people that work in the media before you even have a story to tell is key. Another way to increase your chances of publication is to send it to those who are most likely to be interested.

Where should you publish?

Instead of sending out a press release blast to all the contacts that you know, be strategic about it.

Who is this most relevant to? When the press release is relevant to the audience, you increase your chances of getting featured.

Many media outlets will have specific industries and categories that they cover. If you can reach out to a specific individual on the inside, that's even better.

For instance, if you are a financial tech company and your press release is about a new app you're releasing, you don't want to reach out to a beauty magazine. You may focus on finance or tech outlets like The Wall Street Journal,  TechCrunch  or TechRadar.

If you are a small to mid-size business that doesn't have a huge brand awareness and following yet, you may want to start with smaller, but still influential media outlets or bloggers.

Consider local news outlets and publications too. Eventually, you may build up enough attention that large publications take notice.

Looking at examples of effective press releases can help you craft your own with the proper format and standard guidelines.

Press releases are often released to the public domain, so you can view examples online at places like: PR Newswire, or PRWeb.

Press releases are a fantastic way to get the word out about exciting projects and other work that your organization is doing, but it shouldn't be the only way. For instance, at Toggl Track, we have a media toolkit, where we post general information, company news and other interesting media items for journalist and bloggers to check out.

Sign up for a free account with Toggl Track and discover a better way of working. Here are some of the features you’ll enjoy with a free account: 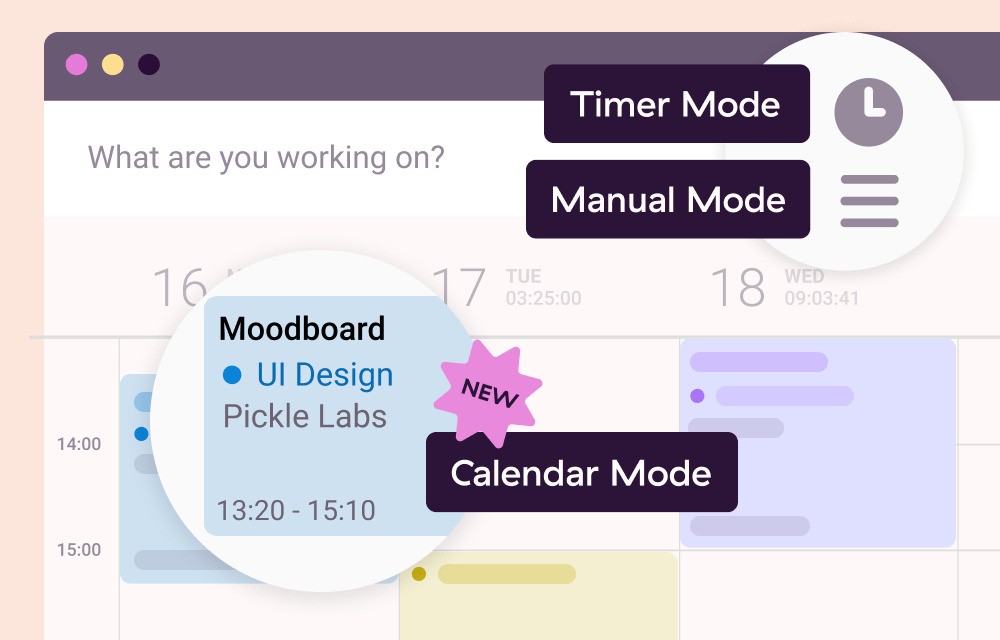 When you’re working, Toggl Track works with you. It only takes one click to start a new time entry. Not a fan of real-time tracking? Use the Manual or Calendar modes to add time after-the-fact. 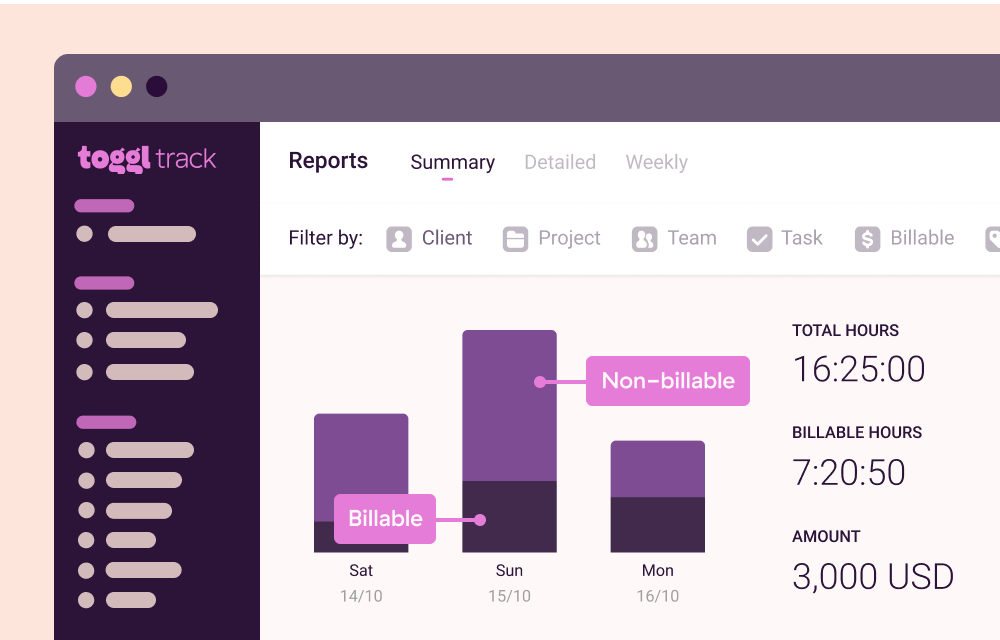 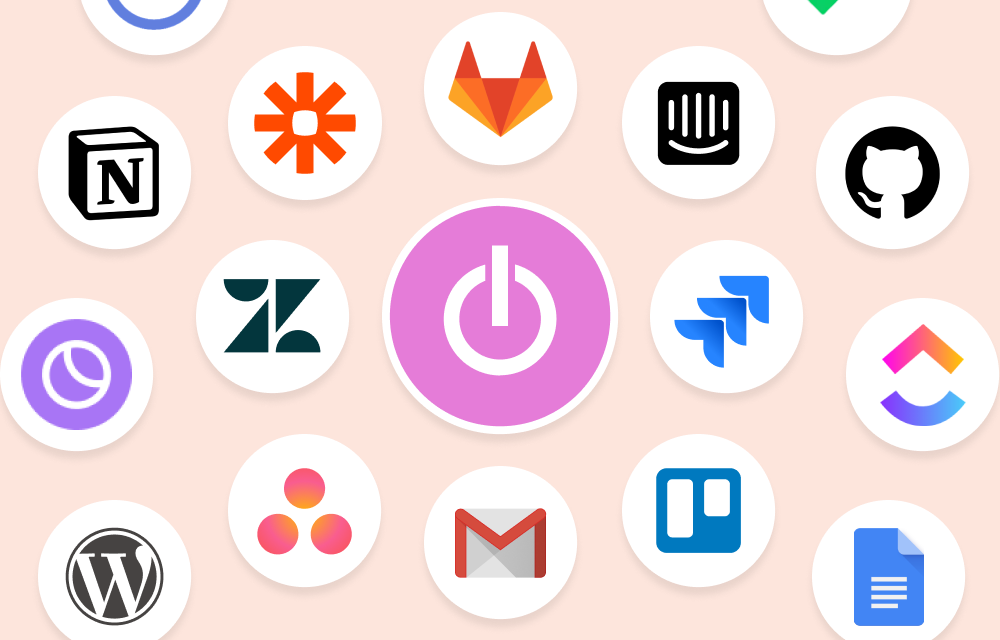 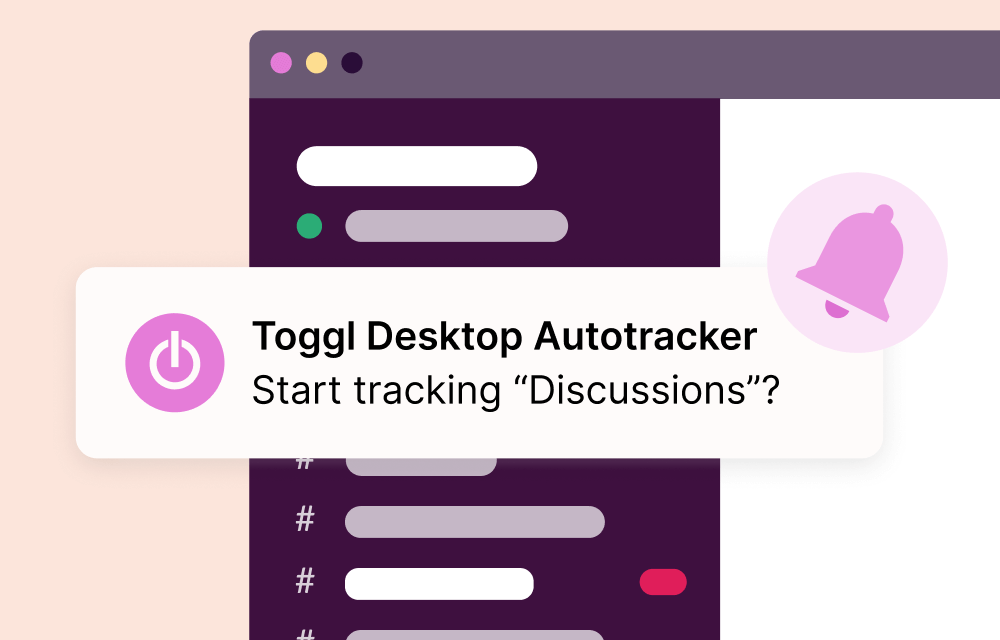 With our Toggl Track desktop app, you can automatically track your apps in the background and enable reminders to remind you to track time so you won't forget.

A simple invoice to make sure you're getting paid!

Get a statement of financial position of your business