It’s incredible how big of an effect music has on how we experience things around us.

Years ago, I served in the Estonian Navy. One of the things you get to do a lot in any armed service, is marching. Nobody really likes it, so they try to make it less terrible with marching songs. But since not everybody likes marching songs either, they sometimes pick popular tunes to make the whole thing suck a little less.

One song they used was a popular local punk rock anthem. I liked the song, and for many of us it helped transform marching from a mundane activity into something mildly uplifting.

But all the marching eventually also transformed the song and needless to say, I’ve hated it since.

My point is this – music is absolutely intertwined with our lived experience, having the capacity to lift us up, or even drag us down. This is also true for work.

Last year, Spotify did a survey together with Anneli Haake about workplace music habits. 61% of the people surveyed reported to listening to music at the workplace to boost their productivity and happiness. But not all music affects work equally.

To shed some light on the matter, we’ve put together this infographic to explore the effect music can have on work:

What we found looking around for ideas for the infographic, is that while music can be a great thing for productivity, it’s effects largely depend on the context of work.

By and large, there’s two different situations that call for different soundtracks – getting ready to work, and for the work itself.

Music can get you motivated

Music is great for lifting your spritits. We all have our different tastes, but everybody has some type of music that makes them feel better about their predicament. Some of us like speed metal or gangsta rap, while others like to shuffle along to Pharrell or Michael Jackson.

Whatever your preference – music can make you pumped for the challenge ahead. As proof of this, movie history is littered with examples of how music has been used for dramatic effect. Imagine watching Rocky without the iconic theme song playing in the background.

Music can help you focus

When it comes to actually doing the work, you might want to change the record.

The trouble with music and work is that music can demand too much of our attention. Depending on what you’re doing, this can potentially harm your productivity.

Case 1: “I’m working on something repetitive and boring.”

Damn. But not to worry – this is exactly where music does help. Science says listening to music when working on a repetitive task can significantly boost your productivity. Though keep in mind that t’s not just any music that saves a dull day – according to more recent research, our brains prefer the happier tunes.

Metallica might be a great choice if you’re trying to get pumped for work, but it absolutely sucks for threading a needle. Music is ultimately a distraction, and if you’re faced with a task that demands focus and deep concentration, it’s perhaps best to do it in silence.

But if you insist on listening to music while engaged in complex work, try to choose music that doesn’t distract. They key here is to have minimal variation. Also, try to avoid music with lyrics – being human, we’re kinda tuned to pick up on words, and song lyrics can be bad for our cognitive ability. It’d also be good to pick something monotonous.

By the way, some studies have shown that introverts are more easily distracted by music than extroverts.

So there it is – to make music work for your productivity, you have to play your playlist smart. Ultimately, we all have our favourite tunes, but knowing when is the time to rock and when it’s not can really help you make the most of it.

Or check out our “11 Types of Employees You Meet at a Tech Company” comic. 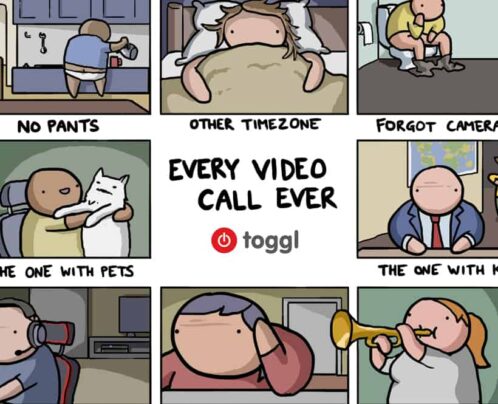 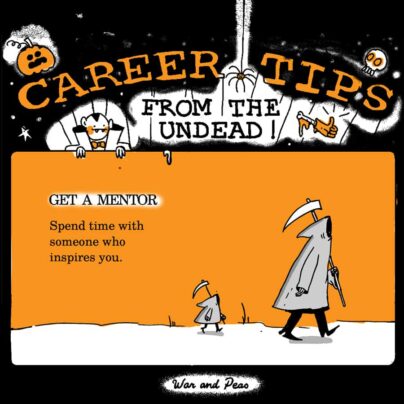 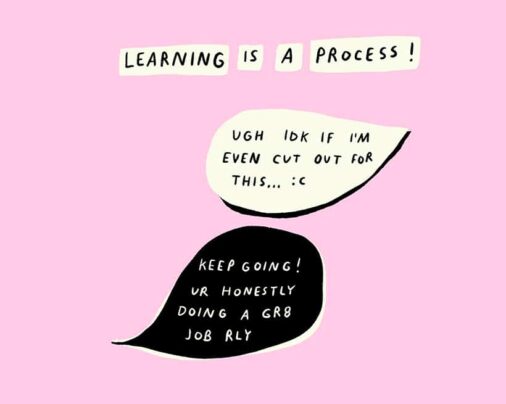 Learning Is Fun As A Freelancer* [Comic]

Emma Murray
6 min read
Projects Managing projects gets a little tricky at times. Check out our resources to learn how to run your projects better. Check it out Talent Acquisition Finding recruitment a bit of a struggle? Dive into our resources to get the latest scoop on creative hiring tactics and techniques! Check it out Time, time, time! Manage your time better to get the most out of your day. Learn how to manage your time better and claw back those vital hours. Check it out Business Growth For those who are just starting up or taking your small business to the next level, we feel ya 😬 Check it out
Share This: