You may already know how you spend your time thanks to Toggl, but ever wanted to know how your favorite fictional character spends theirs? We went ahead and took some educated guesses:

This comic was created by the Toggl Team – the people behind the world’s no. 1 time tracking app. We’re pretty passionate about time tracking and think everyone should do it (fictional or not).

Tracking your time can give a good idea of how well you’re actually working, since spending time at a desk does not equal productivity (in fact, less time at your desk could actually help keep you be more productive).

Keeping track of your time can even save you money, so why not give it a shot!

I’m Already Tracking My Time and Want A Break – Got Any More?

I’m glad you asked! If you liked this, you might enjoy some of the other pieces we’ve done in the past – like explaining tech jobs with a simple lightbulb. Or another epic piece about how to save the princess using different programming languages.

We’ll also keep doing these comics, so keep an eye on our Facebook or Twitter if you want to catch them early.

If you have any ideas for the next one, or if you think our Fictional Characters are missing something, drop a line where it says “Comments”. 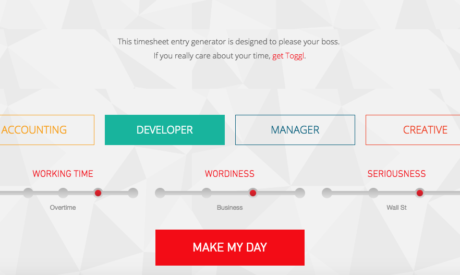 Do you find yourself wasting most of your productive hours creating descriptive time entries in your timesheet? Is your boss making you track every minute of your day? Worry no more! Make My Day is here to help you. Just configure, apply, and get back to slacking.

Horoscopes for Your Agency Job [Comic]

Everyone wishes they could get a little glance into the future so if you work at an agency, today just may be your lucky day. 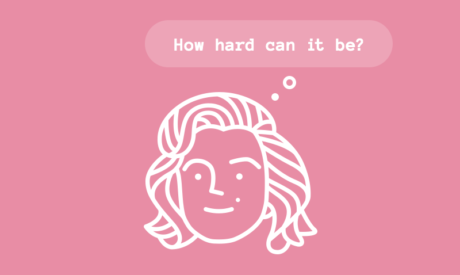 About a year ago I began looking for a new in-house product designer for Toggl. Had I known this would take me on a four month wild goose chase around thousands of portfolios, I would’ve done things differently.