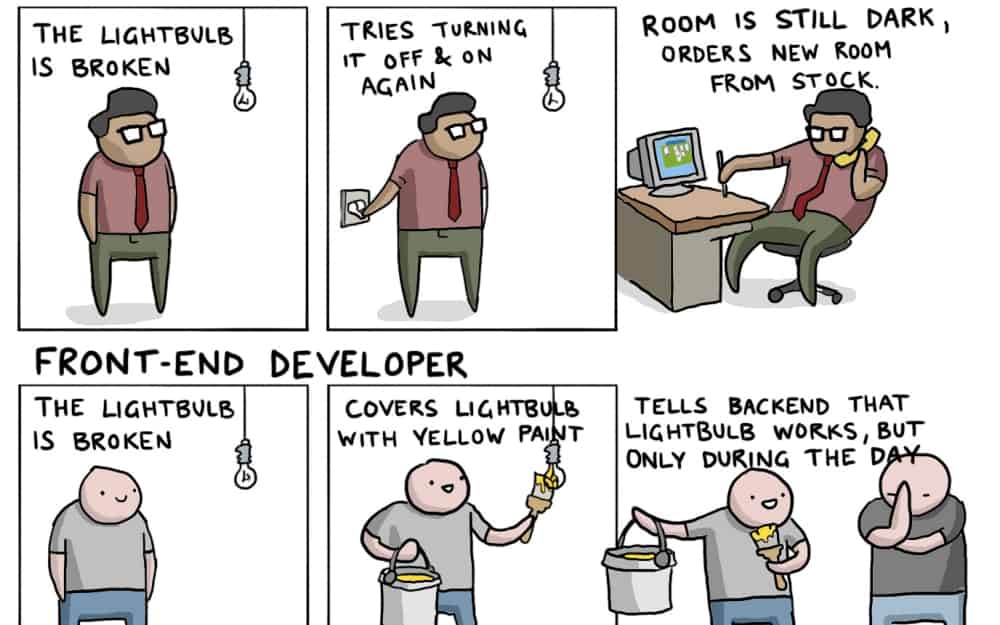 Are you a developer? Do you know what “frontend” really does? Or “ops”? How about “leadgen”?

Well, this lightbulb developer comic should clear things up. It’s totally accurate, too:

This comic was created by the Toggl Goon Squad – the developers behind the world’s no. 1 time tracking app (certified, probably).

We do these comics to give the squad a quick mental break from their epic daily adventures – last of these being the complete revamp of the Toggl web app. Nice job guys, by the way.

Cool beans, what else have you guys done?

Like, this awesome comic about using different programming languages to rescue the princess from the dragon.

You might also enjoy The Unicorn Startup Simulator – a highly realistic, deeply immoral game about life in the gritty startup scene of Silicon Valley.

We built the entire game during a weeklong team retreat in the Scottish lowlands (highlands were not good, terrible wifi).

Also, since a lot of our users work in development, we also have this handy guide explaining different development methods using cars.

Will you do more of these?

Probably. Being a time tracking app, we’re pretty passionate about the software development industry and the challenges of working in that field. 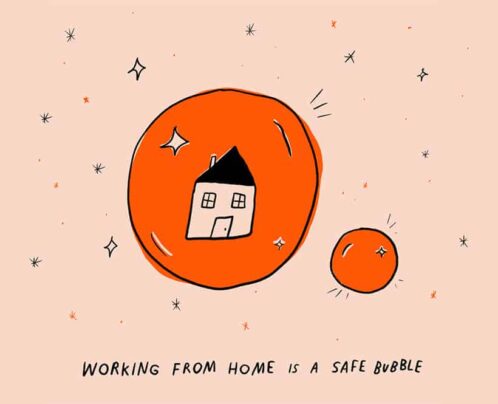 The Stay At Home Freelancer [Comic] 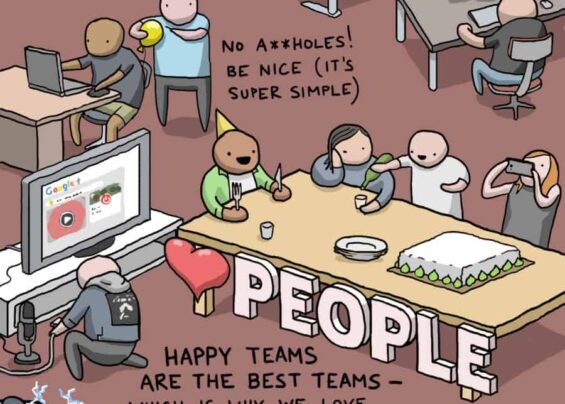 What Can You Expect from Working at Toggl? 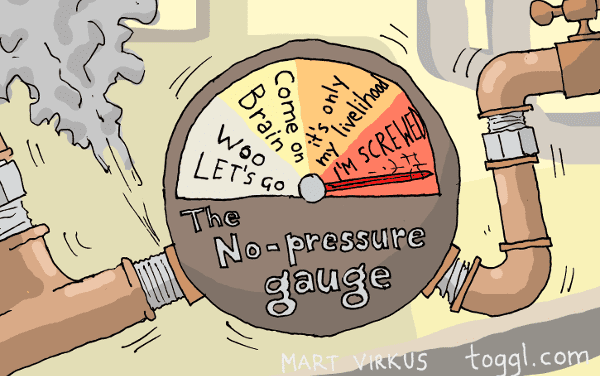 Mart Virkus
1 min read
Projects Managing projects gets a little tricky at times. Check out our resources to learn how to run your projects better. Check it out Talent Acquisition Finding recruitment a bit of a struggle? Dive into our resources to get the latest scoop on creative hiring tactics and techniques! Check it out Time, time, time! Manage your time better to get the most out of your day. Learn how to manage your time better and claw back those vital hours. Check it out Business Growth For those who are just starting up or taking your small business to the next level, we feel ya 😬 Check it out
Share This: