Software development is a special kind of a nightmare. The kind that you wish you could wake up from, but can’t, because code is money and money is life.

We asked our Toggl developers to describe their personal hell. After much screaming and hyperventilating, we ended up with this 7 circles of developer hell:

This is yet another infographic by the Toggl Goon Squad – the developers behind the Toggl time tracking app.

Toggl, by the way, is a tool for showing your boss that yes, it really does take 2 hours to find that damn missing semicolon.

Hah – how much time did you spend on this?

Way, way too much.

If you liked it, you might enjoy some of the other pieces we’ve done in the past – like explaining tech jobs with a simple lightbulb. Or another epic piece about how to save the princess using different programming languages.

Nice but… shouldn’t you be working on your app?

Nonsense. Everybody knows that once coded, software basically maintains itself.

But actually, we rather enjoy the occasional break from serious work to point out the pain points in the biz with some brightly coloured images.

Software development is hell, and any ray of light is appreciated. It’s also the reason why we like working on Toggl – it’s great for fending off attacks from pesky clients and managers at bay. With data.

We’ll also keep doing these comics, so keep an eye on our Facebook or Twitter if you want to catch them early.

Also, if you have any ideas for the next one, or if you think our Developer Hell is missing something, drop a line where it says “Comments”.

Often, we wear ourselves thin for our jobs, giving it all at the expense of our health and joy. We attribute this frustration to having the wrong job or not doing what we love, but stressors can wear you down even if you have your dream job. 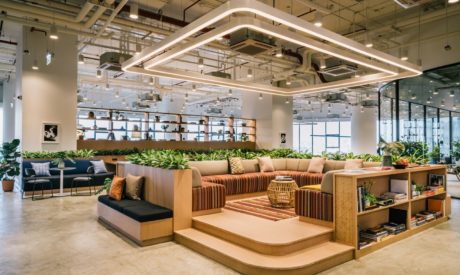 What a WeWork Interior Designer Can Teach Us About Our Workspaces