Timeboxing: What it is and How to Use it - Toggl Blog
Skip to content 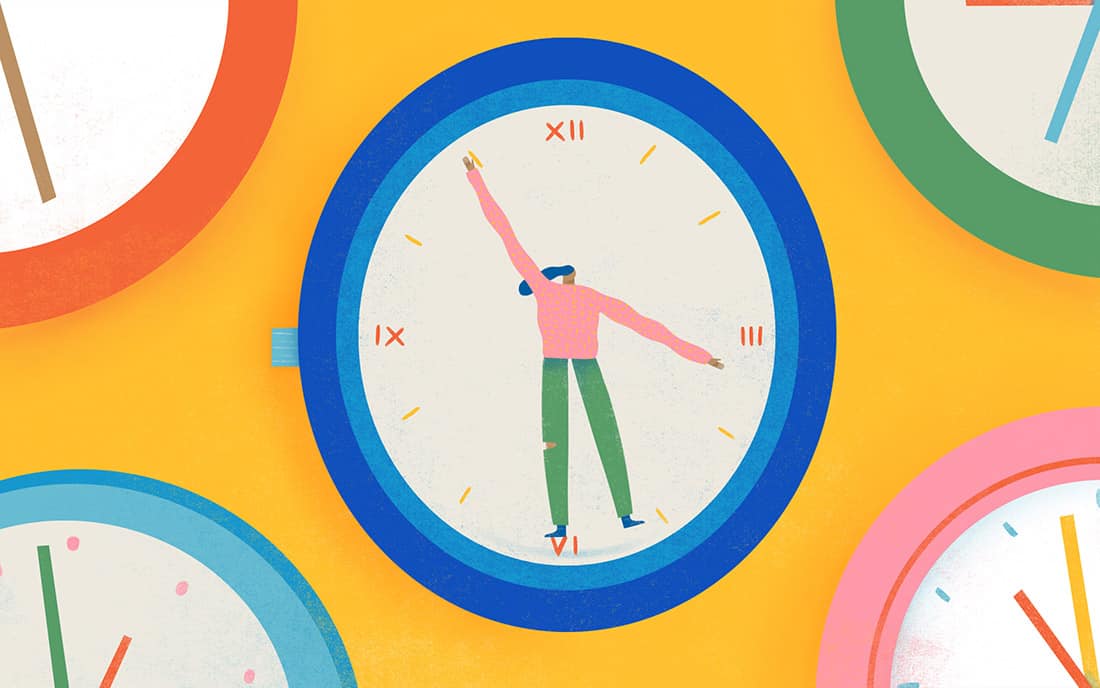 Timeboxing is the seemingly counterintuitive time management strategy that can help you stay focused and make progress.

Take a minute to think about your standard approach to conquering your to-do list.

If you’re like most people, you choose a task to start with and then work on it until it’s completed. You don’t allow yourself to move on to anything else until that first task is finished—until you have the satisfaction of crossing it off.

Next? You choose another task and repeat the process all over again.

It’s a pretty standard way of getting things done, right? But, ask yourself this: Is it always the most effective?

What if one of the tasks on your to-do list is so large, you’ll never actually have the time to get to anything else today? Or, what if one of those list items is overwhelming—and you can’t actually motivate yourself to get started on it?

In these situations (and so many more!), timeboxing can help you make some forward progress—without the added pressure of completing absolutely everything on that list of yours.

What Exactly is Timeboxing?

“A timebox is an agreed-upon period of work, when, by the end of the timebox, you declare the work done,” explains Johanna Rothman, a Consultant, and Author who also wrote this enlightening article all about timeboxing. “It’s the ‘pencils down’ approach to managing bursts of work.”

For example, imagine that you wanted to clean up your workspace. There are stacks of paper, scattered dirty coffee mugs, and other assorted debris everywhere, and it’s driving you crazy.

But, you also know that cleaning everything until it’s totally spotless will take up way too much of your workday. So, instead, you set a timebox of 15 minutes that you’ll use to clean up your space. “By definition, the office is as cleaned up as it’s going to get at the end of the timebox,” adds Rothman.

At first glance, it might seem like this strategy is a clever way of avoiding the work you don’t want to do by placing a strict time limit.

However, that’s not the case. Timeboxing is a tactic designed to help you keep your focus and make some meaningful progress by focusing on time rather than tasks.

Much of this comes back to a psychological principle called Parkinson’s Law, which states that work will expand to fill the time you allow for its completion.

“If you give yourself a week to complete a two-hour task, then (psychologically speaking) the task will increase in complexity and become more daunting so as to fill that week,” writes Joel Falconer in an article about Parkinson’s Law. “It may not even fill the extra time with more work, but just stress and tension about having to get it done.”

Let’s go back to the example of cleaning your workspace. If you didn’t set a timebox, chances are you’d look around at all of the clutter, become overwhelmed, and then procrastinate by grabbing another cup of coffee.

Even once you finally convinced yourself to start cleaning, you likely wouldn’t be that efficient—pausing to reminisce about old paperwork or getting distracted by phone calls, emails, or colleagues.

However, if you knew you only had 15 minutes to get as much cleaning accomplished as possible? It’s that much easier to buckle down and make at least some progress.

What Are the Benefits of Timeboxing?

Obviously, the self-imposed sense of urgency we talked about above is one major benefit related to timeboxing. But, this approach brings a slew of other positives as well, including:

Rothman explains that one of the biggest benefits she experiences when timeboxing is the increased level of focus. She’s able to dedicate her attention to only the task she set that timebox for—she doesn’t allow herself to become distracted by anything else.

When distractions are so prevalent (one study shows that the average person is distracted every 40 seconds when working in front of a computer!) and their siren song is so strong, this encouragement to focus on only one thing at a time can do big things for your productivity levels.

How many times per day do you take a step back and evaluate your progress and the outcomes? Maybe once—if you’re lucky?

That’s normal. Most of us don’t take the time to assess our performance until the end of our workday—when we glance down at our to-do lists and instantly become frustrated by how many things remain untouched.

Rothman says the opportunity to frequently step back and get perspective is another undeniable perk.

Think of the last time you had to tackle a particularly large project—such as completing all of the slides and notes for an upcoming presentation.

It’s intimidating, isn’t it? That project stretches out before you, and you feel too overwhelmed to even take a single step in the right direction.

You’ll hear the concept of timeboxing discussed a lot in the context of agile teams and environments.

“Some agile teams use a timebox (often called an iteration in agile jargon) in the large to plan and manage all their work. These timeboxes-in-the-large are often one or two weeks in total,” explains Rothman.

By using these iterations to break down an entire project, agile teams are able to:

But, while timeboxing is common and helpful on agile teams, that doesn’t mean it can’t be used elsewhere.

Rothman explains that she thinks about timeboxes in the large (which is what is frequently used for the completion of projects in agile environments) and in the small (which is for, as the name implies, smaller tasks).

Rothman herself uses timeboxes for everything from writing to developing workshops—proving that the strategy is effective for all sorts of tasks and projects. “If you need to finish some piece of work, a timebox or a series of timeboxes works quite well,” she adds.

How Difficult is Timeboxing to Implement?

So, you’re convinced that timeboxing is something you need to try.

But, here’s another question that people have: How hard is it to implement? Especially if you’ve trained your brain to focus on tasks as opposed to time, how challenging will it be to flip your perspective and use this approach for yourself?

“I suspect that every new ‘tool’ has a learning curve,” says Rothman. “If it’s new to you, you might not realize how to approach it the first time.”

Fortunately, Rothman offers plenty of tips and guidance for people who want to try timeboxing for themselves:

By following these six steps (and, of course, refining as you go), you’ll be well on your way to using timeboxing to get your work accomplished.

“Remember, the timebox serves you,” adds Rothman. “As long as you find it helpful, keep using it.”

Set a Timebox and Get to Work

We all know the feeling of staring down at a lengthy to-do list and then chipping away at it one task at a time. While that might seem like the “standard” way of getting things done, maybe it’s time you flip the script and give timeboxing a try.

Doing so will help you:

Despite the fact that breaking down accomplishments by time rather than task might feel counterintuitive at first, timeboxing is actually pretty straightforward and easy to implement.

So, stop being bullied by your never-ending to-do list and instead think of how you can break your own workday into timeboxes. It’ll give you more control over your time, your energy, and—perhaps most importantly—your work.

As the name implies, timeboxing is a strategy that requires you to keep a close eye on the time. Use Toggl to easily track your timeboxes and your progress with just the push of a button!

How to Improve Focus When You Work From Home

The Top 10 Planning Tools for Managers

Rose Keefe
6 min read
Projects Managing projects gets a little tricky at times. Check out our resources to learn how to run your projects better. Check it out Talent Acquisition Finding recruitment a bit of a struggle? Dive into our resources to get the latest scoop on creative hiring tactics and techniques! Check it out Time, time, time! Manage your time better to get the most out of your day. Learn how to manage your time better and claw back those vital hours. Check it out Business Growth For those who are just starting up or taking your small business to the next level, we feel ya 😬 Check it out
Share This: