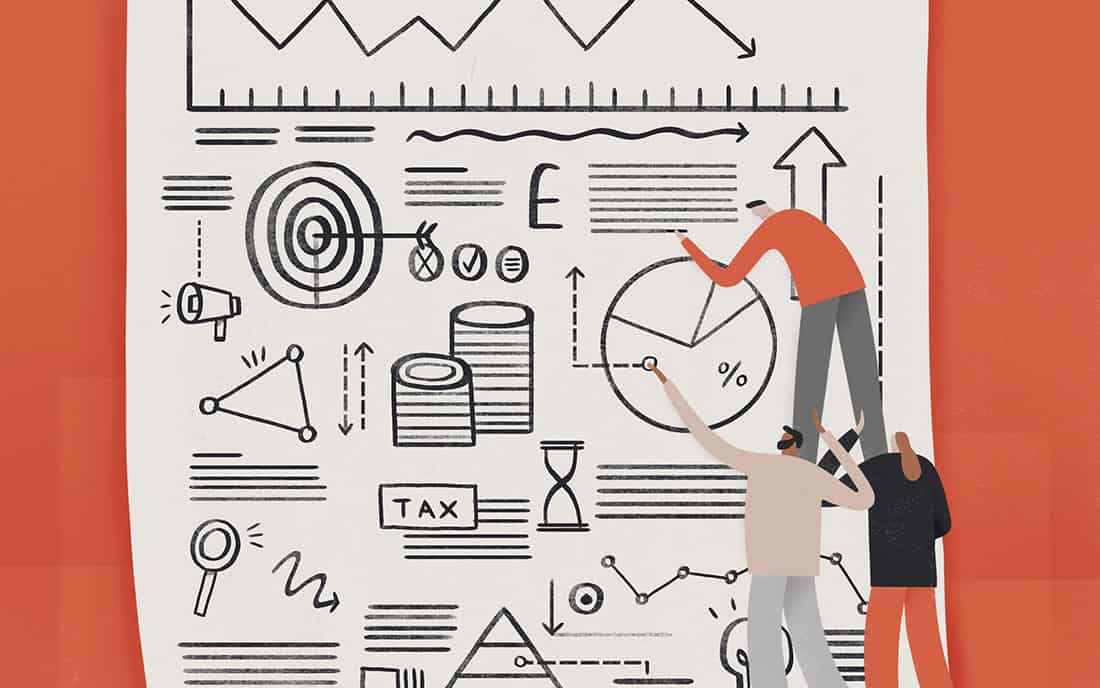 As a project manager, you need to know about earned value management — what it means, the terminology involved, and how to how to implement it into your management system. Lucky for you, that’s exactly what this blog post is about.

If you’re ready to learn the same project management methodology that NASA (yes, that NASA) has been championing for years, keep reading.

What is Earned Value Management?

Is “earned value management” a new term to you?

If you’re a bit lost on the definition, don’t worry. While the name itself might sound complex, the meaning really isn’t. Wikipedia describes it this way:

a project management technique for measuring project performance and progress in an objective manner.

The success of any given project needs to be measured on three levels: scope, time spent, and costs incurred. Project managers run into problems when they neglect to calculate one or more of these important elements.

For example, the brass at company XYZ has just greenlit a new project. They’ve allocated $1000 a month for this endeavor and expect it to be completed in four months.

Without an earned value management system in place, company leaders could, two months into the project, look at the $1500 spent thus far and be thrilled to be under budget. They may conclude that the project is destined for success after viewing just the time and money data points.

But what if leadership also analyzed the project scope and discovered that only 25% of the work has been completed up until this point?

That would mean the team is actually behind schedule and over budget.

Earned value management looks at all three factors of a project — both before, during and after — to assess its feasibility, progress, and success. This approach also helps companies better forecast potential issues.

Earning Value — What’s That All About?

The “earned” in “earned value management” speaks to the way progress is tallied when using this project management technique.

Basically, each “block” of work needed to complete an entire project is given a monetary value. This value is calculated by dividing the total project budget by the number of work “blocks”.

In our previous example, a “block” could be defined as one month’s work. Meaning the value of each work “block” is $1000. Once that work has been completed, its value ($1000) has been earned.

Using this system makes for accurate progress tracking. By comparing the planned earned value to the actual earned value, project managers can more accurately forecast the future and adjust both schedules and budgets as needed.

Now would be a good time for us to share with you what may or may not be bad news: earned value management requires math. Duh, duh, duh… (sound of ominous organ playing.)

Fortunately, there are only a few terms and formulas you need to be aware of. Let’s cover them now:

The cost performance index (CPI) measures the value of work completed on a project against the costs incurred. A number less than 1.0 indicates a project is over budget.

The schedule performance index (SPI) on the other hand, compares the progress achieved to the expected progress laid out in the project charter. A number less than 1.0 indicates a project is behind schedule.

In the next section, we’ll discover how to use earned value management principles to accurately measure project performance. The good news? It can be done in three easy steps! Let’s get to it.

Now that we’ve defined earned value management and covered the terms and formulas needed to use it effectively, let’s use it to measure project performance. Here are the steps you need to take:

First, you need to round up all relevant information. This includes the completion percentage of each required task, and the project’s planned value (BCWS), earned value (BCWP), and actual costs (ACWP).

Let’s illustrate this process with an example:

Two months ago, project manager Jim was given $20,000 and eight weeks to complete his latest project. This week, he hopes to accomplish four tasks and bring his total completed tasks to count to 32 out of 50, or a 64% completion percentage.

Jim starts by discovering his project BCWS. If the entire budget is $20,000 and Jim is halfway through the allotted time, the planned value currently amounts to $10,000

Next, Jim needs to analyze his projects BCWP. Running the numbers through the proper formula (shown above), Jim discovers that the earned value is currently $12,800. (.64 x 20,000).

Finally, Jim calculates the projects ACWP by totaling all costs incurred so far. This includes labor, materials, equipment and fixed expenses such as sub-contractor bills. For Jim, his actual costs amount to $11,000.

At the end of step one, Jim is now equipped with some very useful information. Here’s what he knows:

To calculate these figures for your project, run your own numbers through these same formulas.

Ready for a little more math? The next step is to calculate the project’s CPI and SPI. Let’s stick with Jim and return to our above example to illustrate the process.

Jim knows that to calculate his project’s CPI, he must divide the BCWP (earned value) by the ACWP (actual costs). A quick go with the numbers reveals a CPI of 1.16. Good news! Jim is actually spending less money to complete this project than originally expected.

Now Jim’s curious to know his project’s SPI. He’s been working really hard so he doesn’t fall behind schedule. Have his efforts been successful? Jim divides the project’s BCWP (earned value) by the BCWS (planned value) and gets a figure of 1.28.

Congrats to Jim, his project is also ahead of schedule! Run your numbers through the same set of formulas to assess budget and schedule for your project.

Step 3: Compile and Analyze the Results

Jim (and you if you’ve been following along with your own project numbers) now has enough information to accurately analyze his project. He’s done an amazing job! He’s both ahead of schedule and under budget. This is the dream scenario for project managers, right?

Unfortunately, the outlook won’t always be so rosy. But by incorporating an earned value management system into your process, you’ll be better equipped to deal with shortcomings before it’s too late.

There’s a lot to love about earned value management. But that doesn’t mean this technique is completely free of any downsides. Let’s talk about a few potential pitfalls.

Are we saying that every project completed using earned value management techniques will be low quality? Not at all! But you need to understand that the EVM system doesn’t account for quality.

Technically, your project could be on time and on budget but still fail due to low caliber work or poor customer satisfaction marks. Hopefully, your team ensures high-grade results and this won’t be an issue.

But it’s worth noting that earned value management doesn’t calculate quality. Make sure you, oh mighty project manager, do.

Another potential downside of earned value management is the somewhat in-depth process it takes to accurately calculate it. There are terms and formulas to know, math equations to run… It’s a lot for some people. Especially if numbers aren’t their strong suit.

Also, EVM results require context to understand. Slapping a manilla folder on your boss’ desk and declaring, “the project’s SPI is 1.06,” then asking for a high five will likely get you a blank stare in return.

When reporting the numbers, you’ll need to convey them in a way your audience will understand.

The final potential earned value management pitfall is the need for perfectly accurate data. Without it, EVM is completely useless.

For example, if you don’t know exactly how much each of your team members makes per hour and how to calculate their true cost, you can’t accurately state the expense your project incurs. Which means your ACWP will be off, your final numbers will be wrong, and you did all those math problems for nothing. Doh!

Before you dive into an earned value management system, make sure you have all the numbers you need.

Is Earned Value Management Right for You

We can’t answer that for you, but it can’t hurt to further investigate adding it to your project management process. As long as you don’t rely on EVM to ensure quality standards and can accurately run the numbers, it’s a pretty handy system.

We encourage you to use this post as a guide. Refer back to it to learn the terms and formulas. Then apply them to your project numbers and keep your projects on track! 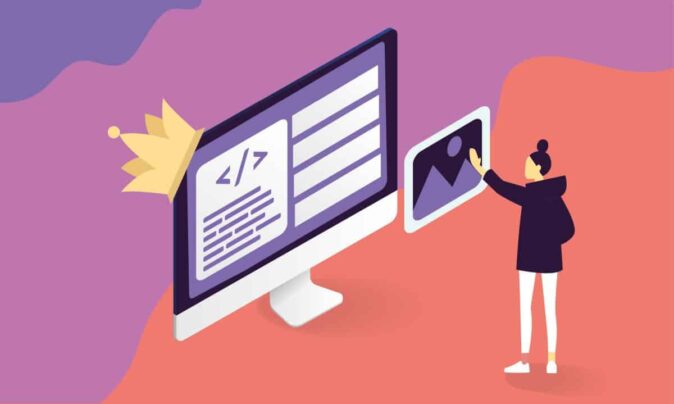 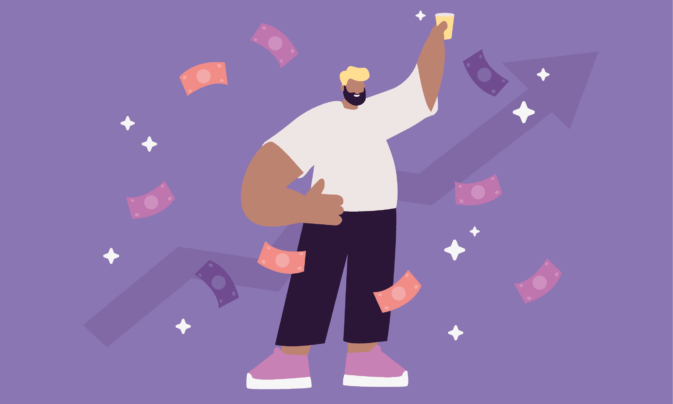 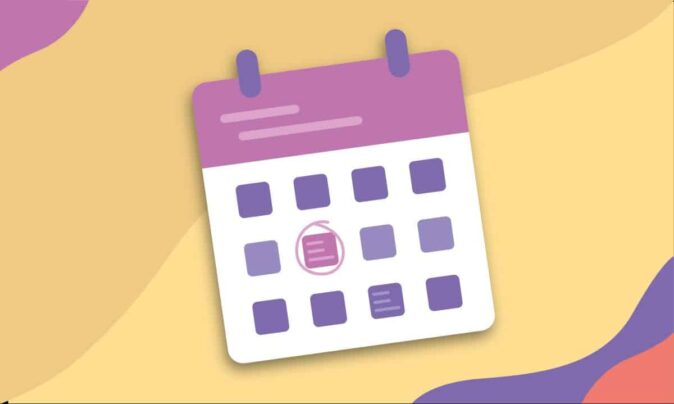 Jitesh Patil
13 min read
Projects Managing projects gets a little tricky at times. Check out our resources to learn how to run your projects better. Check it out Talent Acquisition Finding recruitment a bit of a struggle? Dive into our resources to get the latest scoop on creative hiring tactics and techniques! Check it out Time, time, time! Manage your time better to get the most out of your day. Learn how to manage your time better and claw back those vital hours. Check it out Business Growth For those who are just starting up or taking your small business to the next level, we feel ya 😬 Check it out
Share This: