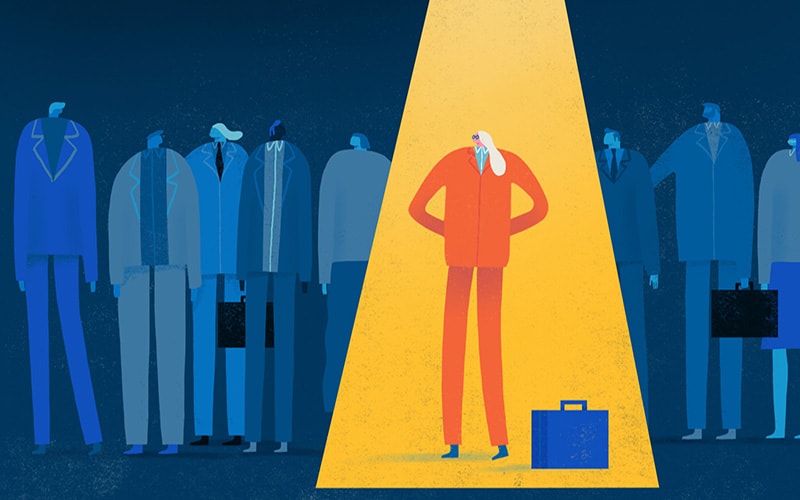 If you’ve taken even a brief peek at some of the existing literature about leadership, you know that there are all sorts of different types of leaders. Democratic leaders. Autocratic leaders. Laissez-faire leaders. Servant leaders. Transformational leaders. Transactional leaders. The list seems to go on and on. It’s enough to make your head spin. If there are so many different types of leaders out there, how can you possibly know what boxes you need to check to be a successful leader? Are there any common qualities? Well, yes. But, it’s also important to recognize that leadership isn’t a one-size-fits-all sort of thing. You need to continuously adjust your approach based on what the situation requires and who you’re leading. Maybe you have one employee who prefers direct feedback and recognition in front of a large group, while another team member requires a more subtle approach. Or, perhaps you’re a far more hands-on leader in the midst of a crisis than you are during an average day.

What it Takes: 7 Important Leadership Qualities

Alright, so we know that versatility and flexibility are important characteristics of leaders. But, what are some other qualities that apply to great leaders across the board? Let’s cover the details of a few that are important—regardless of who you’re leading or what specific situation you’re in.

“Most of the successful people I’ve known are the ones who do more listening than talking.” – Bernard Baruch

Effective communication is a core skill of all leaders. But, for many, that conjures up visions of inspiring leaders spouting out moving speeches and encouraging sentiments. Sure, that happens sometimes. However, more often than not, the best leaders spend at least as much time listening as they do speaking. Listening means actually understanding and retaining what their employees are saying—rather than waiting for their own turn to talk or provide direction. Unfortunately, many employees highlight the fact that this skill is harder to come by than you might assume. Recent research shows that 34% of employees worldwide thinks that their company doesn’t listen to their own ideas about how to improve things. That alone illustrates why active listening is a behavior that direct reports really treasure in their managers.

By listening with an empathetic ear, by putting ourselves in their shoes, and by maintaining an open mind, we develop a culture of enthusiastic and energetic teamwork,

-explains John Keyser in an article for the Association for Talent Development,-

Our conscious listening, which is listening to understand and learn, is our gift to others.

“Press on: nothing in the world can take the place of perseverance. Talent will not; nothing is more common than unsuccessful men with talent. Genius will not; unrewarded genius is almost a proverb. Education will not; the world is full of educated derelicts. Persistence and determination alone are omnipotent.” – Calvin Coolidge

Let’s face it—leadership and management are tough gigs. They aren’t all about praise, a higher salary, a fancy title, and the corner office. There’s a lot of dirty work that goes into the job, and the best leaders are willing to keep moving forward even when the road gets rocky. They find ways around hurdles and roadblocks. They figure out how to solve problems. They encourage their team to keep putting one foot in front of the other—even if things don’t necessarily go according to plan.

If we look throughout the world in every industry, in every culture, there’s one consistent trend among successful individuals, and that trend is the ability to persevere,

-explains Justin Sachs in an article for Forbes,-

It’s the ability to stand up and take a step forward when everyone else sits down. Our greatest leaders—Abraham Lincoln, Martin Luther King Jr., Colonel Sanders, Mark Victor Hansen, Steve Jobs—are the ones who have persisted beyond the norm.

Goals won’t be achieved overnight, and the most successful leaders place a lot of value in showing their teams the importance of continuing to adapt to the circumstances and try another way.

“Honesty is the cornerstone of all success, without which confidence and ability to perform shall cease to exist.” – Mary Kay Ash

In one survey of 500 U.S. employees, a whopping 90% of respondents said that they wanted honesty from their managers. In fact, it was the top characteristic that employees cited in the survey. As a leader, you’re responsible for keeping your team in the loop. And, sometimes that news isn’t always rosy. Maybe you need to deliver some hard-to-hear feedback or perhaps you need to be painfully transparent about some difficult storms your company is weathering. Regardless of the specifics, the most effective leaders recognize the importance of being honest about those situations—rather than trying to deceive employees or sweep things under the rug. Put simply, people want to know that they can trust their leaders to shoot straight with them. As tough as honesty can be at times, it’s important to prioritize it in order to foster that level of trust (more on trust a little later!) with whoever it is that you’re leading.

“The first and most important choice a leader makes is the choice to serve, without which one’s capacity to lead is severely limited.” – Robert Greenleaf

Whether you currently lead a team or are preparing to do so in the future, take a moment to picture this scenario: You have a lengthy to-do list for your workday and ambitious plans to check off every last item. Without warning, one of your direct reports has a crisis they need help solving. After that, another one of your team members needs some guidance on a challenging project. When that’s finished, you get pulled into an impromptu team meeting to address an issue. Before you can blink, you’re to the end of the workday and you haven’t touched a single task on your list. Sound familiar? At many times, it’s an average day for a leader. When you’re leading the charge for your team, everybody else’s priorities find their way to the top of your list—regardless of what you had on your own agenda for that day. Respected leaders recognize the fact that they have accountability for their teams. It’s their responsibility to step in with guidance, instruction, and encouragement whenever necessary. And, that means that they can’t be selfish. More often than not, they have to set aside their own plans and desires in order to offer that required support to their direct reports.

Selfless leaders get their egos out of the way in order to focus on the mission and those who accomplish it,

-writes Col. Eric Kail in an article for The Washington Post,-

Selfish leaders want their personal pride stroked by intimidating others and feeling important.

“Decisiveness is the number one quality of a dynamic leader; his ability to communicate a decision with passion and integrity is an art form.” – Farshad Asl

What happens when there’s a large amount of uncertainty and a lack of direction on your team? Well, it quickly resembles chaos. Strong leaders are decisive. They’re able to provide quick, clear, and well-informed directions to help their followers navigate even the stickiest of situations. Does that mean that every single decision is always right or flawless? Definitely not—but, they need to be able to make choices and keep things moving.

It’s important for leaders to remember that how a decision is made is often more important than the decision itself,

-writes Chris Myers in an article for Forbes,-

Leaders who make decisions with speed and conviction might not always get things right, but they’ll be able to keep their organization moving forward. Wrong decisions can be fixed, but indecisiveness will damage your organization and reputation beyond repair.

“He who does not trust enough, will not be trusted.” – Lao Tzu

Here’s a frightening statistic: In a recent Harvard Business Review survey, 58% of respondents stated that they would trust a stranger more than their own boss. Trust is an undeniably important leadership quality—and, it starts by placing your trust in the people that you’re leading. You should empower them to own their projects and the results, without breathing down their necks or monitoring their every move. Another survey found that 69% of employees have considered leaving a job because they felt micromanaged. Your team members don’t want to feel like they’re being babysat every day. The best leaders are there to provide resources and support when needed—but otherwise, let their employees do their jobs. Remember that trust is a two-way street. The more that you can demonstrate that you have faith in their own abilities, the more they’ll return that favor. Combine trust with the other qualities on this list, and your direct reports will have a far stronger belief that you’re in their corner.

“It is not fair to ask of others what you are not willing to do yourself.” – Eleanor Roosevelt

There’s little that’s more frustrating than a leader who says one thing and then does the total opposite. The old cliché holds true—actions speak louder than words. People are far more likely to ignore what you say and follow the example you set through your behaviors. Successful leaders know this, and as a result, they do their best to always act with respect and integrity. They don’t only do the right thing when they know others are watching—they always try their best to make the right choices, even when they aren’t the easy ones. The example you set as a leader is far more powerful than anything else you could say or do, and the best leaders always act and make choices with that in mind.

These qualities are all important—but, there are plenty of others involved in successful leadership. Things like patience, organization, emotional intelligence, and many more are all important pieces of the puzzle when it comes to inspiring others to follow your lead. But, if you want to step up your own leadership skills, these seven characteristics are a great place to start to transform yourself into an inspiring, effective, and trustworthy leader. 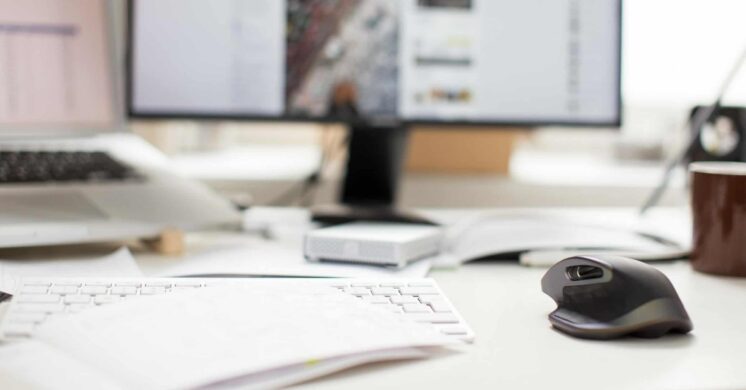 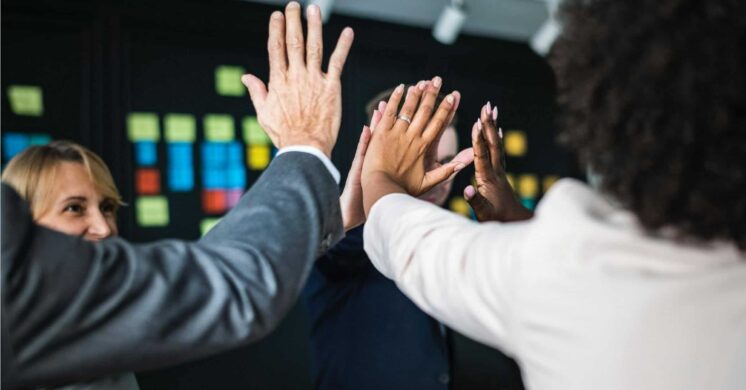 How to be an Effective Team Leader

10 Ways to Master Interpersonal Skills Without Breaking a Sweat

Logan Derrick
6 min read
Projects Managing projects gets a little tricky at times. Check out our resources to learn how to run your projects better. Check it out Talent Acquisition Finding recruitment a bit of a struggle? Dive into our resources to get the latest scoop on creative hiring tactics and techniques! Check it out Time, time, time! Manage your time better to get the most out of your day. Learn how to manage your time better and claw back those vital hours. Check it out Business Growth For those who are just starting up or taking your small business to the next level, we feel ya 😬 Check it out
Share This: