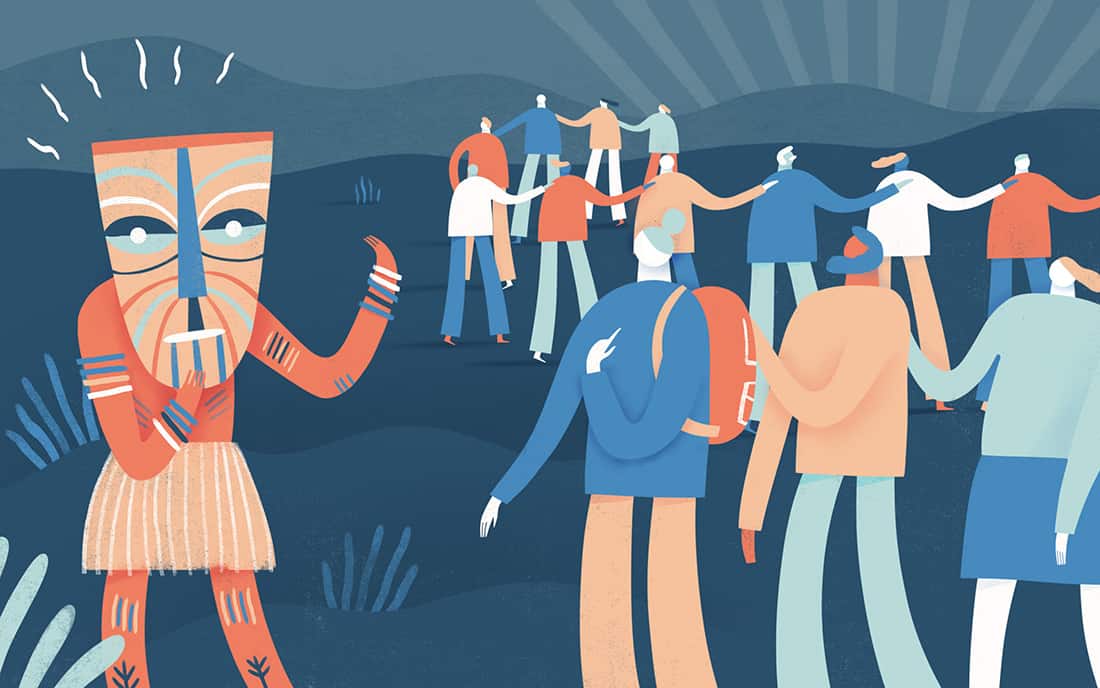 Here’s why a project kickoff meeting matters, and how to host one that gets your project started on the right foot.

You’re tasked with spearheading a major project for your team—you’re going to lead the entire redesign and launch of your company’s new and improved website.

There are also many different tasks and timelines that are happening concurrently. The content team is working on the copy while the design team is collaborating with the developers while the SEO team identifies target keywords—all at the exact same time.

Is your head spinning? Being the one in charge of a project with this many moving parts can feel a lot like juggling—with a blindfold on and one hand tied behind your back.

But, here’s the good news: There’s something you can do to get everyone’s expectations aligned right off the bat and ensure that your project gets started right. What’s the secret to success? A project kickoff meeting.

Why Are Kickoff Meetings Important?

A kickoff meeting is exactly what it sounds like—it’s the launching point of the project. It’s what starts the whole snowball into motion.

Your kickoff meeting is your chance for you to gather all key players for your project together at one time and get on the same page about what the project is, why it’s happening, how the work will be done, what roles are involved, and when it needs to be accomplished by.

“The most useful kickoff meetings are designed specifically to orient a new project team to the business reasons for the project, and jumpstart the team’s work with a common understanding of goals and initial steps,” explains a post for ProjectConnections.

Put simply, starting by ensuring that all of your expectations are in alignment makes it that much easier to methodically tackle the entire project.

A successful kickoff meeting means that nobody feels left in the dark, and everybody is in the loop on who’s doing what—which saves you plenty of headaches and roadblocks once the project is actually underway.

7 Steps for a Successful Kickoff Meeting

Despite the fact that kickoff meetings are incredibly important, they don’t always work according to plan—or happen at all.

Either organizations write them off as something that isn’t necessary or only slows down project progress, or they host poorly-managed meetings that waste time or only end up adding to team member confusion.

Needless to say, you don’t reap the benefits of a project kickoff meeting unless it’s well-planned and well-executed.

How do you make sure that happens? Here are seven key steps to host a totally kickass project kickoff meeting.

1. Create an Agenda (and Stick to it)

Much like a creative brief helps to steer the direction of creative work, an agenda is important to keep any meeting on track—and that’s especially true for a project kickoff meeting. Ahead of the meeting, create a simple agenda and share it with all meeting attendees.

Because the kickoff meeting is your chance to get everybody together and on the same page about the project, it’s tempting to dive into all sorts of details. However, at this point, it’s best to stay high-level. This isn’t the time for getting into the nitty gritty.

“Specific task assignments are less important than establishing clarity and excitement among the project team,” explains Amanda Kelly in a post for LiquidPlanner.

Remember that your main goals of the meeting are to explain:

That’s really it—in most cases, those are the four major things that you need to explain so everybody has the necessary context before moving forward with their individual pieces.

One more note: The “why” behind the project is important for everyone involved. Providing that background information allows everyone to get a grasp not only on what’s being done, but why it matters for the whole company.

When executive leaders state that a lack of clear goals is the most common factor contributing to project failure, taking the time to make sure everybody sees the forest—and not just the trees—will set you up for a far smoother and more successful project.

Again, this isn’t a time when you want to get too far into the weeds with specific tasks. However, it’s helpful to explain how each person or team fits into the project so that everybody has an understanding of who’s working on what.

Keep it general by introducing everyone who’s involved in the project and give a very brief explanation of what they’ll be contributing. For example:

“Kerry is crafting the copy, Jason is creating the graphics, and Megan is putting together the website wireframe.”

It’s especially helpful if you can tie responsibilities to deliverables for the project, since that often makes more sense to people than roles and tasks themselves.

Taking this time to highlight who’s doing what avoids the common trap of teams being siloed and also ensures that team members know who they should approach with questions or feedback as they’re moving through the project.

Also, it’s important that you reiterate the fact that you’re the point person for this project and that any questions or concerns can be brought to you for resolution.

3. Give an Overview of How You’ll Accomplish the Work

At this point, it’s time to go beyond what you’ll be doing and provide a little more information about how you’ll get that project done.

Will you be using a certain work management platform or tool to collaborate and communicate about the project? Should everything be stored in a certain Google Drive? Will you be collaborating with any outside vendors or agencies for pieces of the project?

Of course, some things you may have to figure out as you go along. But, now is a good time to get everybody in the loop on some of the must-know details they should have before starting any work (and while they’re mapping out their own workloads and calendars!).

4. Run Through Any Key Dates

Speaking of calendars, your project kickoff meeting is the time when you should make everybody aware of the anticipated timeline for the project.

Once again, you don’t need to dig into deadlines for individual tasks. However, you do need to give everybody an idea of any key milestones and meetings, as well as when you expect to have the project wrapped up in its entirety.

Here’s an example of some of the things you can highlight during your project kickoff meeting:

While this isn’t a lot of detail (and it shouldn’t be!), it does give everybody a rough idea of what they should plan for in terms of the project timeline.

You can get into the details of specific task and deliverable deadlines in meetings and more direct communication with individual teams and members.

Your project kickoff meeting is ultimately designed for you to cover the nuts and bolts of your project so that everybody is operating with the same background information.

However, this is also a good opportunity to address any early confusion. So, leave some time at the conclusion of your meeting for participants to ask any questions they have.

Encourage people not to get too deep into task or role-specific questions that you could just as easily address outside of that group meeting. Instead, these questions should provide clarity for the entire group—and not just one person or team.

Any questions related to the project goals, process, and timeline, for example, are fair game. But, if the content team starts getting into specifics about copy requirements, remind them that you can address those questions in a separate sit-down—since those answers don’t pertain to everybody.

6. Wrap Up With Action Items

In order for a meeting to be truly productive, it should end with some clear action items. That way, everybody walks out of that conference room with a clear idea of what exactly they should do next.

End your meeting by calling attention to specific action items for each team or person that’s involved in the project. For example:

I have news for you: As much as you might want people to take notes in your kickoff meeting, not everybody will (particularly since you aren’t getting into specifics at this point).

For that reason, it’s smart to follow up with an email recapping what you went over in the meeting as well as the necessary action items.

Not only does that reiterate everything you discussed, but it also gives your project participants something concrete that they can refer back to when they need to.

Get Your Project Started Right

Your project kickoff meeting isn’t a waste of time—it’s a chance to get everybody’s goals and expectations aligned, as well as set the tone for your entire project.

While a kickoff meeting is designed to mainly cover the basics, that doesn’t mean that hosting one is an easy task. It involves some prior thought and planning to ensure you keep things high-level enough, but still give people the information and next steps that they need.

In order to host a successful kickoff meeting, make sure that you:

Finally, also remember that your project kickoff meeting is a time when you can generate enthusiasm about the project. This shouldn’t be a dull, torturous conversation, but instead a sit-down that gets everybody excited about what they’ll be working on together.

Implement these tips and create some excitement and engagement, and you’re sure to get your project started on the right foot. Good luck! 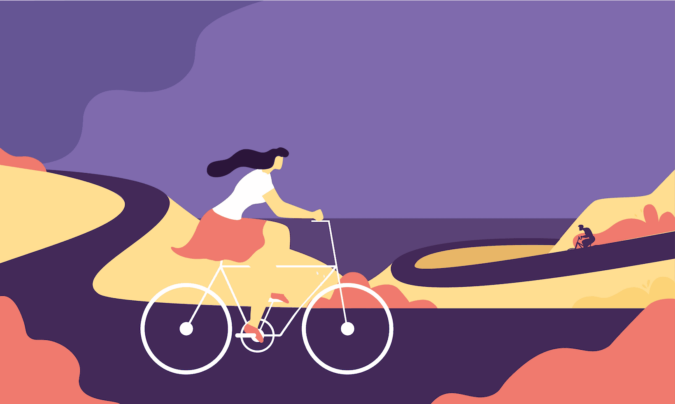 Project Roadmap: What Is It & How To Create One To Manage Stakeholder Expectations? 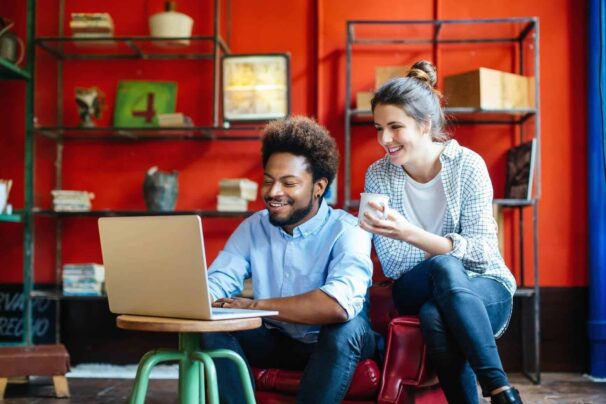 What Are The Advantages Of Using A Gantt Chart In Project Management?

Andrei Tiburca
5 min read
Projects Managing projects gets a little tricky at times. Check out our resources to learn how to run your projects better. Check it out Talent Acquisition Finding recruitment a bit of a struggle? Dive into our resources to get the latest scoop on creative hiring tactics and techniques! Check it out Time, time, time! Manage your time better to get the most out of your day. Learn how to manage your time better and claw back those vital hours. Check it out Business Growth For those who are just starting up or taking your small business to the next level, we feel ya 😬 Check it out
Share This: