This is the first thing I ask myself when I reach the office each morning. Not too long ago, it sounded more like a lament. Today, it’s a call to action, and I’m always up for the challenge.

Although all projects need defined priorities, the organizing process is easier said than done. When you manage creative projects like I do, you can count on chaos being the natural order of things. The client doesn’t like our photos and wants an immediate re-shoot. The graphic artist has stomach flu for two days. Still, knowing how to prioritize your tasks can restore order to the most hectic of days and keep your project on schedule.

When it comes to creating task priorities, there are different approaches you can take. When you find one that works for you, it will have a positive effect on team engagement, project success, and your role as a manager.

Let’s take a closer look at some strategies.

We’ll start with my favorite solution, which is a project timeline.

What I appreciate the most about timelines is that they’re visual, which makes the information they represent easier to absorb and manage. Timelines are also shareable, so they keep everyone on the same page, even if you have to make last-minute changes.

There are different types of project management software that include a timeline feature, but my favorite is Toggl Plan. This free browser-based tool uses Gantt charts to create timelines that allow you to:

Timelines aren’t infinite: only a certain number of tasks will fit on each one, which forces you to prioritize. When space is limited, you’ll be less likely to add something that isn’t mission-critical.

To add a task, simply point on your timeline and click. A box will pop up, giving you a place to enter the details, duration estimate, and any sub-tasks. If something changes, you can edit the task by clicking on it again and amending the information in the pop-up box. Any time I have to change multiple tasks simultaneously, I press shift while dragging the cursor to select them. I can then move, delete, or mark them complete as a group instead of wasting valuable time editing them one by one.

Dwight Eisenhower was the 34th President of the United States. He was also highly productive: during his eight years in office, he initiated space exploration with NASA, launched an early version of the Internet through DARPA, and supported the development of the Interstate Highway.

Eisenhower sustained his decades-long productivity streak by using a strategy that came to be known as the Eisenhower Matrix. This simple priority matrix separates tasks according to four criteria:

What I find the most useful about this strategy is that it makes you question whether a task is really essential. You eliminate a lot of time wasters and identify what needs to be done immediately, either by yourself or someone on your team.

Although I like to-do lists, I tend to use them as a brain dump. The result is a long list of tasks that can’t possibly be accomplished in a short time frame. Other project managers at my agency love lists too, but apply the 1-3-5 rule to make them more effective.

The premise is that rule is that each day you plan to complete one big task, three medium ones, and five small ones. It’s like the Eisenhower Matrix in that you:

The 1-3-5 rule is also similar to the 3+2 rule (which includes three big tasks and two small ones) in that it makes you focus on priority tasks, but the more flexible ranking system makes it more doable for many people.

Mark Twain once said that if you eat a live frog in the morning, the worst is over as far as your day is concerned. Brian Tracy embraced this quote as a metaphor for prioritizing tasks and time management. Tracy doesn’t suggest that you eat a frog, but he does recommend that you work on the hardest and most important task on your agenda each morning.

When we’re feeling overwhelmed, we tend to do one of two things:

According to Tracy, both outcomes are self-defeating. The right approach is to focus on impact by:

People tend to be at their most productive in the morning, so tackling a frog as soon as you’re at your desk ensures that you’re directing your best efforts towards the higher-value tasks on your list. We only have a limited amount of time to devote to work every day, so when you ask yourself, “What’s the best use of my time?” you’ll accomplish more and be happier with the results.

When a project is nearing its deadline, it’s routine to find yourself facing a huge list of important and urgent tasks. Since you can’t do everything, it’s time to examine the list more closely and measure the important of everything on it.

Over 100 years ago, productivity consultant Ivy Lee developed an easy and effective method of prioritizing your work. At the end of each day, write down the six most important things that need to be accomplished the following day. Six is the maximum number, so only include goals that are essential. Then prioritize them in order of importance.

When you arrive at the office the next day, start on the first task on your list. Focus on it until it’s done, then move on to the next one. Keep at it until you’ve finished everything on the list. If you weren’t able to get everything done, move all unfinished items to a new list of six tasks for the next morning.

Like the 1-3-5 method, the Ivy Lee strategy limits you to a certain number of tasks per day, creating a constraint that compels you to prioritize accurately and remain focused by moving through the list one task at a time.

The ABCDE method, which is another prioritization strategy devised by Brian Tracy, digs a little deeper by showing you how to accurately assess the importance of a task. When you’re looking at a short list, every task on it can feel equally important. How do you set one above the others?

Instead of assigning all tasks to a single priority level, the ABCDE method presents at least two levels for each one. You give every task a letter from A to E, with A being the most urgent. Then take all ‘A’ items and give it a number indicating which order you will do it in, such as first, second, and third. Repeat until every task on the list has a letter and a number.

When each task has multiple priority levels, you get clarity on which ones are the most essential to the project and can dedicate appropriate time and effort to getting it done.

Billionaire investor Warren Buffett believes that if you’re working towards the wrong goal, it doesn’t matter how productive or efficient you are.  His 2-list strategy requires you to periodically review and re-evaluate your goals and priorities to confirm that you’re still headed in the right direction.

Start by writing down your top 25 goals for your project. This sounds more generous than some of the methods I’ve discussed, but now you have to pare down your list to a top five. Anything that didn’t make the cut is eliminated or shelved for later consideration.

The premise of the 2-list strategy is that you avoid wasting time on tasks that aren’t important enough to command your attention right now. It’s easy to intersperse working on these minor tasks as you have time, so eliminating them from the list ensures that your priorities are more effective.

When prioritizing tasks, you have to be diligent and have enough insight into the dynamics of your project to ensure that no one is wasting time on things that aren’t as important at the moment. It can take a bit of practice to get it right, but once you master a strategy that works for you, you’ll find it easier to manage your team’s workload, take all of the project’s moving parts into account, and hit deadlines.

What comes to your mind when asked about an ideal team task management? Well, of course, the answers that may pop up are efficiency, collaboration, easier problem-solving. Yep, it’s all that. And it’s so much more. Perfect team means a group of people brought together with a common sense of a greater picture. People who

Good news! We have gone over Toggl Plan, introduced a major update, and made it look sleeker than ever. The purpose of the update is to improve navigation between Groups and Projects – the two key planning views Toggl Plan offers – and to provide a better, more compact overview of all you’re up to. 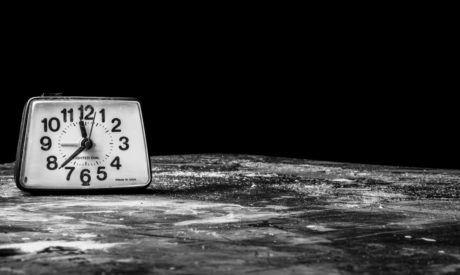 How to Beat Procrastination and Stop Feeling Overwhelmed

Let’s face it, we all have these unrealistic ideas on what our evening after work will look like. “I’m going to go home, clean the house, wash the dishes, do some laundry, hit the gym, make some dinner and read that book that’s been calling my name for weeks. Today is the day”. And then,