Another three months have passed and it’s time to look back. The name of the game in quarter 3 has been getting the house in order – cleaning up our backend, getting the team in sync and improving our processes.

Continue reading to get an idea of what our summer looked like in Toggl Plan.

In hindsight, the summer seemed quieter than usual. The bulk of the work was done behind the scenes, on changes needed on the backend to be able to work on more technically complex features in the future. Until then, here are a few more visible fixes and improvements released in the last three months.

Since we revamped our Daily Overviews and Weekly Summaries in spring to count done and overdue tasks, we heard from quite a few of you that not everything was working as you’d expect. The problem – tasks that you had considered over with were still appearing in the emails as overdue, calling for your attention. It was happening because the emails only considered the default ‘Done’ status and anything customized no longer functioned the same way. The same challenge applied to fading Done tasks on timelines as well – there was no way to fade out tasks that got cancelled, blocked or became irrelevant for any other reason.

As a solution, we’ve made it possible to customize, which statuses are considered ‘Done’. To do so,

Tasks with statuses with Custom ‘Done’ status activated will be faded on timelines (if you’ve chosen so in your profile settings) and considered Done in all daily and weekly emails.

So long Teamweek, hello Toggl Plan! While our mobile app still needs a lot of work to meet the high standards set by our web application, we’ve made some significant changes towards bringing these two closer together. Some more notable improvements include:

The mobile app currently only hosts Team views and a mobile-specific daily agenda. Up next? Improving the mobile timelines and introducing Plans.

Hopefully you’ve noticed the new appearance of Toggl Plan – the timelines with less noise, sleeker login and settings pages. With new features added and constant changes, it is important to clean things up every once in a while, also paving the way for some future updates to fit in nicely.

Our rebranding journey has finally come full circle with all our sister companies also now proudly carrying their new names. We are still three separate tools (Toggl Track, Toggl Plan, Toggl Hire) with separate logins, but we are united by the same values, goals and founders. I strongly encourage you to also take a look at all of our amazing Tools:

You can read more about our journey and what we stand for on our Mission page.

A lot of effort this quarter has been put to looking within and figuring out how we could be better. There were quite a few reasons why such introspectives became necessary:

We know we’re most notably loved for our ease of use and visual overviews. But we also needed to align ourselves internally with a clear understanding of our product vision. We believe that planning is a universal prerequisite for any team’s success and we can help teams by:

Whenever we’re deciding on what to do next, we want to make sure it’s aligned with one of the aforementioned ways we can help teams with.

The second bigger part of our internal work over the summer has been about how we get stuff done. We tested a new approach with a smaller mission-based team and were inspired by the speed at which things move when people can fully focus on and are personally accountable for the delivery of the project at hand. In the last quarter of 2020, we’re testing a new cycle based approach in the whole production process, aiming to deliver faster, better and work happier. As always, when redefining processes there’s a lot to learn at first, but we are excited to get the ball rolling. I’ll share our learnings next time, but hopefully you’ll see the fruits of our labor already earlier.

Like probably many of you, we’re also rallying to make the most out of the last few months of the year and start 2021 strong. Just keep learning, improving and moving forward!

Walt Disney once said, “The way to get started is to quit talking and begin doing.” While quotes like this can be motivating to some, they aren’t always enough to kickstart the creative juices required to really get people to work on the tasks at hand. But many business professionals and entrepreneurs have found ways 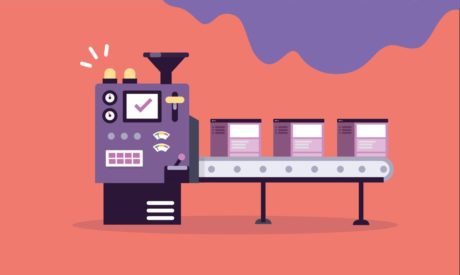 If you use excel to manage projects, ready-made templates are a time-saver. Download the 5 resource planning templates for project team management.

Project Planning 101: How to Stay In Budget and On Deadline

To be a successful at project planning, you need to be able to deliver quality work while balancing a budget and sticking to a deadline. This can be a tricky process even for simple projects, which is why advance planning and organization are essential. The tips below can help you accomplish your project planning goals