​ ​ Better Business Meetings: Go From Blah to Awe With These 9 Tips ​ ​ ​ ​
Download The App
Written by Rose Keefe

I felt something hit my shoulder. Looking down, I saw a paperclip on the floor.

Normally, I would have been annoyed, but to be honest with you, the distraction was welcome. I was in the middle of one of the most boring and useless business meetings I had ever attended and had started praying for the fire alarm to go off over 20 minutes ago.

Looking carefully to my left, I saw Mike, the marketing manager, wink at me. His laptop keyboard was sprinkled with more paper clips, all collected from the agenda package.

Don’t even think about it, I mouthed back.

Mike gave me a ‘Who, me?’ look before sighing and nodding.

The meeting organizer, who was also the main speaker, didn’t notice any of it. He was standing at the whiteboard, talking as he added yet another dotted line between two circled statements that bore no clear connection to each other. Maybe it was clear to him, but all I could see was the Da Vinci code before Dan Brown made sense of it.

Fortunately, the meeting ended ten minutes later. Good thing. If a meeting was so dull and mindless that it turned our marketing manager into a third grader, another 20 minutes could have turned us all into Neanderthals who communicated with grunts and killed our own lunches.

Meetings: Why We Hate Them

Let’s face it: most of us hate business meetings. Using this infographic, Workfront revealed that:

Why does this happen? There are a few reasons:

It doesn’t have to be this way, though. A well-planned and properly run meeting can ignite a spark that keeps everyone engaged and produces results that bring the team and even the entire company forward. Here are some tips that can make that happen for you.

1. Have a purpose and an agenda

You should have a purpose and an agenda in place before you even call the meeting. Both of these elements will dictate what you’ll be discussing and who should be there. One of the biggest gripes that employees have is being called to a meeting that doesn’t involve them or their department. When you’re properly prepared, you’ll know who needs to be there and who can sit this one out.

I can’t tell how many meetings I attended that were one long ramble session. Hint to organizers: it’s hard to focus on a person when they talk for several minutes without getting to the point.

According to a study by Microsoft, the average person’s attention span is around eight seconds. This means that you have a brief amount of time to capture and keep everyone’s attention. Each time you address an agenda item, get to the point. Don’t digress or repeat what your attendees already know. Give everyone the information they need and move on.

3. Start with a quote

We love quotes almost as much as we hate meetings. They’re on our coffee mugs, journals, and framed prints. There are even entire sites dedicated to them. Every time I hear a quote from someone whom I admire, it inspires and motivates me. (When I’m in a pointless meeting, I take solace in Winston Churchill’s “When you’re going through hell, keep going.”)

Start your meeting with a quote that you know will be relevant to attendees. If a project has been presenting one challenge after another, find one about overcoming obstacles. If major changes are being made within the department or company, a quote about positive transformations will hit home. People enjoy hearing things that relate to their situation, so you’ll have their attention fast.

When you’re getting a point across, including an interesting statistic can illustrate it. One company that I used to work for opened a new location in Greensboro, North Carolina. In the marketing materials I prepared, I noted that Greensboro was within 650 miles of half the U.S. population. That statistic was quoted in nearly all press coverage completed for the launch.

If you really want to rock the meeting, include the statistic in an infographic. Here’s a statistic for you: 90% of the information received by your brain is transmitted visually. Put your statistic on an image and your listeners will remember it more clearly.

Taking a cue from the previous section, why not create a PowerPoint or other visual representation? This will bring new life into your meetings by presenting information is a format that’s easily digestible.

Visuals can also play an important role in the days leading up to the meeting. If your agency uses a project management tool like Toggl Plan, you can add the meeting to each invitee’s timeline.

Toggl Plan timelines are not only simple to set up, but they also make it easy for all users to check in on their task progress and see if anything new has been added, such as the meeting. As a project manager, you can create a project task list that lets everyone understand what they’re supposed to be doing and when it has to be done. When you insert the meeting into the schedule, you can also adjust any deadlines to accommodate it, so that no one is stressed out about falling behind.

6. Try a change of scenery

Are all of your meetings always held in the same boardroom? If so, why not give your team a change of scenery by booking a different room in the building? If the number of attendees is small enough, it might be a pleasant change to meet at a nearby café.

If the weather is pleasant, consider taking your meetings outside. Not only does this give everyone some fresh air and sunlight, but it also breaks the office monotony, keeps all participants engaged and energized, and makes a nice scenic change from the standard meeting room. According to Salesforce, an outdoor meeting can improve creativity and inspire a relaxed attitude that encourages a free exchange of ideas.

NOTE: if you opt for an outdoor meeting, bring printouts of any presentations you would have given or email everyone copies in advance so they can view it on their tablets.

7. Keep your meetings short and sweet

Don’t take any more of your attendees’ time than you have to. If the meeting drags on and on or gets diverted from the original agenda, people are going to be bored, zone out, and count the minutes until it’s over and they can get back to tasks that they see as being more worthy of their time.

To avoid this outcome, confine all subjects and discussions to the agenda and don’t digress. If anyone does bring up a good point that happens to fall beyond the scope of the meeting, thank them for it and ask them to send you more information for inclusion in a future meeting.

8. Make a call to action

Once you go over the purpose of the meeting in a concise and engaging manner, let everyone know what they can do to assist or comply. If there are new workplace safety standards in place, tell them what’s expected of them. If a new project is being designed, explain what everyone’s role will be. A call to action (CTA) both sparks interest in what you’re saying and lets attendees know what they need to do.

Here’s a tip: if I ask you what CTAs will be issued during the meeting and you say, “None,” think twice about sending those invites. What you have to say might be better communicated in an email.

Years ago, I had a manager who was impatient and condescending. When you asked him a question, his reply was practically guaranteed to be “You should already know that” or “Figure it out for yourself.”

Don’t take a cue from him. At different points during the meeting, ask everyone if they have any questions. Use an informal and encouraging tone, so that your attendees know you won’t criticize or ridicule them.  Asking questions encourages participation, which is another great way to heighten engagement.

No one likes sitting for hours, feeling like their time is better spent elsewhere, and you probably don’t relish the idea that no one is listening to you while you speak. For a meeting to be effective, you need everyone to be actively engaged. These tips could transition people from dreading meetings to looking forward to them. (Well, yours, anyway!) 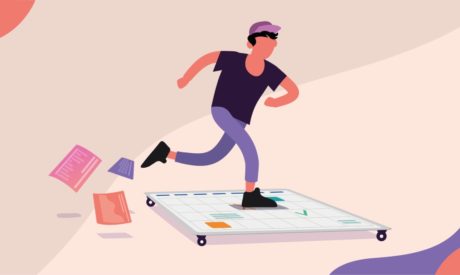 Picking up a project scheduling software that fits your needs and budget is quite a task. Here’re 16 tools with which you can start planning schedules.

You woke up early this morning feeling refreshed and ready to tackle the day’s workload. With a stop by the local bakery for a breakfast pastry, you can already feel your creative juices flowing for a productive day at the office. You got to work with time to spare and decided to check out your 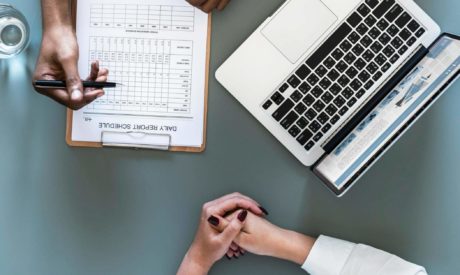 When you’re an experienced project manager, the notion of using checklists and other task trackers may seem like a step backward. If you’re in a leadership position that relies on knowledge and ability, should it be easy to keep track of all steps in your project timeline? If you can’t, does it speak volumes about