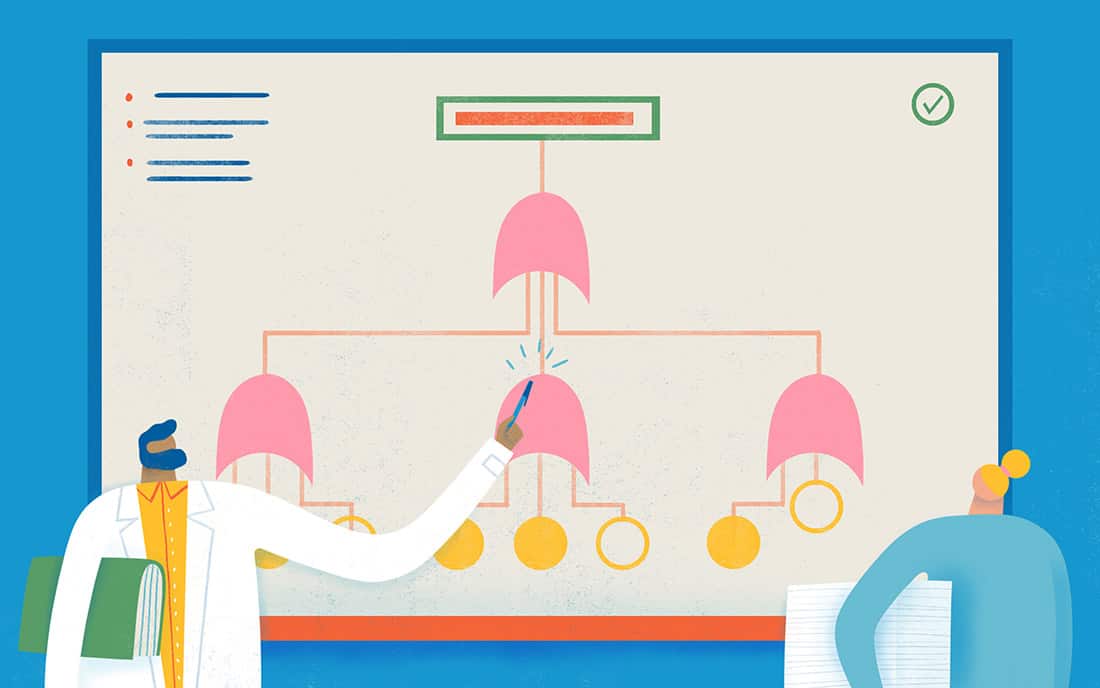 An after action review is exactly what it sounds like: a project review exercise that occurs after the “action” has already happened. It’s a formal process that was first used by the American Army to evaluate combat missions.

Now, it’s used by teams of all kinds including mega-corporations like GE, British Petroleum, and Motorola. The entire process centers around four questions asked in the following order:

We’ll discuss each of these questions in more detail in a later section of this article.

After action reviews can impact your business in multiple ways. They allow for team and project strengths to be more easily identified. They also make it easier to discover areas of weakness and ways to improve upon them.

In short, an after action review provides knowledge, and as the old saying goes, knowledge is power. Without knowing what went wrong, how can you ever expect to improve?

On the other hand, if you don’t know why something went right, you’ll have a hard time duplicating your success in the future. The after action review gives you the knowledge you need to improve your organization in tangible ways.

Now that we know what an after action review is and why it’s beneficial, let’s cover the steps you need to take to conduct one successfully.

Step 1: Make it a Priority

This is the first step. If the after action review process isn’t a priority, it will end up falling by the wayside, guaranteed.

There are too many other projects to start, fires to put out, and general activities to accomplish. So commit, right now. Decide that your company will use the after action review process and that a project won’t be considered “done” until the review is complete.

Make it the final step on every project your team undertakes. One final note: the sooner you can start your after action review process, the better. Ideally, you’d never wait longer than two weeks after a project finishes.

Why? Because the project will still be fresh in each team member’s mind. The longer you wait, the more fuzzy minor, yet important, details will become.

Step 2: Include Everyone Involved With the Project

An after action review isn’t something that you can effectively do on your own unless you were the only person to working on the project. If you had a team to help you, they should each be present during the review process.

This will ensure that everyone’s point of view is accounted for, that no struggles go unnoticed, and that every team strength is recognized. It will also provide you with insights you may not have had before.

As the team’s leader, you likely aren’t “down in the weeds” like those under you. Which means you don’t have all the nitty-gritty details you need to improve upon company processes. You need your team to provide you with these valuable insights.

Once you have each team member in the same room, it’s important that you set the right expectations and create the appropriate atmosphere.

What do we mean by that? Simple, everyone should be comfortable participating and sharing their thoughts on the project. This isn’t a personal performance session. Rather, it’s a time for open and honest discussions that will lead to collective improvement.

We mentioned earlier that there are four main questions you need to ask during every after action review. Let’s discuss each of them in greater detail.

This is the best question to start with. Ask yourself and your team, “What did we anticipate would be the end result of this project?” This question will naturally shine a light on important topics such as whether the project goal was accomplished if the target audience was reached, why a specific deadline was or wasn’t met, and more.

Once your team has discussed initial expectations, dive into what actually occurred over the course of the project. Don’t hold back.

Explore both the good and bad of what really went down. It might be practical to ask this question, then give your team a few minutes to reflect upon their answers. When this is accomplished, go around the room and glean insight from each individual team member.

This will ensure that every opinion is accounted for and no “golden nugget” idea is forgotten. In regards to team members comments, ask them to be specific with their examples and to focus on facts more than feelings. You should recognize feelings, but always base company improvements on cold hard facts.

Now is the time to dive into every aspect of the project that went well. Dig deep here and identify the reasons why these areas proved so successful.

Was it because of a certain process or tool?

Did a specific person step up in a big way and carry the project on their shoulders for a time?

You need to know what went right and why. Remember, knowledge is power. The more you know about your team’s successes, the better chance you have of securing repeat wins in the future.

If you’re having a hard time getting the conversation flowing, go around the room again and ask each individual person their thoughts. Give them a straightforward question. Something like, “In your opinion, what factor had the greatest impact on project success?”

The final question deals with the ways your team can improve. We recommend tackling this query after discussing what went right. This will help boost team morale and ensure blame isn’t thrown at specific team members.

Ask your team what the group could have done better. After completing the project, what did they learn that will help them do things more accurately and efficiently next time?

Again, ask your staff to dig deep and be honest. Nobody is going to get in trouble. The purpose is to learn from the mistakes made so that they aren’t made again in the future. Also, don’t just identify what when wrong, but why.

The “why” is so important!

You can list one hundred things that went awry during the project. But if you don’t know why things happened the way they did, you’ll have a very hard time improving.

Pro Tip: Have a Dedicated Note-Taker

If possible during your after action review meeting, have a dedicated note-taker. Preferably one who wasn’t involved with the project. That way they can focus on cataloging insights rather than giving them.

Having each of your team’s comments neatly documented will make it much easier to implement future changes and double down on successful tactics.

Once you’ve asked each of the four questions, received your team’s answers, and concluded the after action report meeting, it’s time to craft your final report.

This doesn’t need to be anything fancy. But it does need to summarize the points made during the meeting in an easily shareable format. We recommend including basic information like the name of the project, the date of the meeting, and the names of those who attended.

Then summarize the project — the good, the bad, and the ugly — and clearly list the wins that should be repeated and the mistakes that should be remedied for future projects. Then put all these details together in a document and send it to your superiors as well as each member of your team.

At this point, you’ve made your after action review a priority, you’ve called a meeting and each team member involved in the project attended, you’ve based your discussion around the four main questions outlined above, and you’ve crafted a clear and concise report outlining everything discussed in the meeting.

There’s only one thing left to do: implement any and all necessary changes as identified during the after action review process. What this looks like will completely depend on the industry you work in and the problems your team needs to address.

But in general, begin implementing changes immediately. The longer you wait, the more likely it becomes that things will stay the same.

The After Action Review Process Demonstrated

Jack and his team just completed a project; a website built for a Fortune 500 client. Now, he’s reassembled his employees for an after-action review meeting.

Jack starts by asking each team member what their expectations were before the project commenced.

Were their expectations met? “I didn’t expect the client to be so responsive to my questions, but working with them was great,” says one staffer. “The wireframe took longer than I planned. We had to put in overtime to meet deadlines” said another. A third employee chimes in, “I thought that it would take the marketing team longer to craft the site copy.

I’m glad we didn’t have to wait very long” Jack then asks his team about what went well on this project and discovers that his employees enjoyed working with other company departments.

They felt that this increased team productivity. The team also acknowledged that Jimmy, in particular, saved the project by working late for an entire week straight. Finally, Jack asks his staff what went wrong and how they can improve in the future.

The general consensus is that they need more time to complete each step in a project. The deadlines were too close together for their small team to realistically meet on a regular basis. They also feel that management needs to develop a new production process.

The one they used wasn’t as efficient as it could have been. Jack runs a very productive meeting. He’s able to hear everyone’s opinion and ensures each insight is cataloged by the note-taker. Afterward, Jack creates a report he can share with both his superiors and team members. He then begins devising ways to implement the insights gleaned as soon as possible.

Pro Tip: Conduct After Action Reviews Throughout the Project

There are times when it’s beneficial to go about the after action review process while the project in question is still in progress.

For example, let’s say your company has just implemented a new manufacturing process. It would be wise to conduct an after action review after you’ve made, say, the first 50 units or so.

That way you can evaluate the final product and make any necessary changes before completing the entire run. If all looks well, you can carry on with the peace of mind that things will turn out the way that they’re supposed to.

After action reviews are important learning tools. By analyzing what went right, what went wrong, and how your team can improve after every project, you’ll be able to move your company forward much quicker.

The entire process starts with commitment. You need to make your after action review a priority. Then assemble your team for a meeting, discuss the four main questions mentioned above, craft a clear, detailed, and shareable report to send to all project stakeholders, and implement necessary changes right away. Good luck! 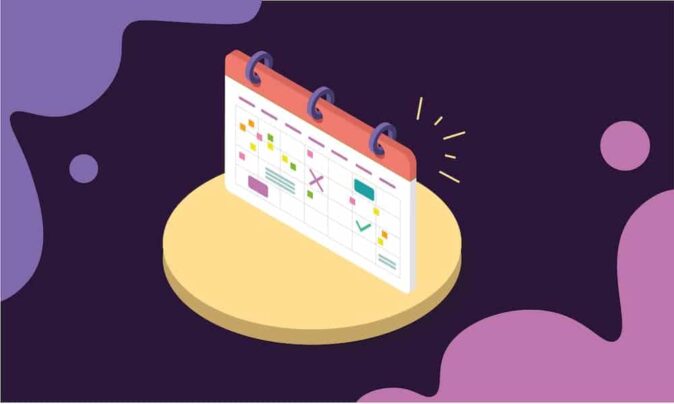 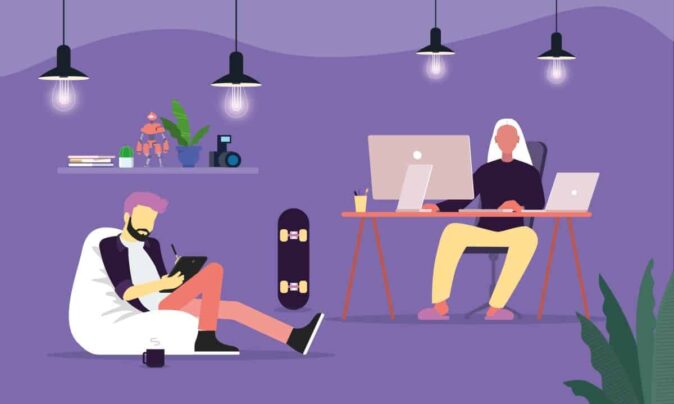 Jitesh Patil
14 min read
Projects Managing projects gets a little tricky at times. Check out our resources to learn how to run your projects better. Check it out Talent Acquisition Finding recruitment a bit of a struggle? Dive into our resources to get the latest scoop on creative hiring tactics and techniques! Check it out Time, time, time! Manage your time better to get the most out of your day. Learn how to manage your time better and claw back those vital hours. Check it out Business Growth For those who are just starting up or taking your small business to the next level, we feel ya 😬 Check it out
Share This: