Here’s a riddle: I work for the same party from one month to the next, sometimes putting in nearly 40 hours a week, but have a lot of autonomy and flexibility in my schedule. What am I?

Not a freelancer. Freelancers generally work on a project to project basis, although there are certainly exceptions. I’m also not an employee, because I work from my home or a rented office and cover my own healthcare and pension contributions.

The answer is: I’m a permalancer. And the way I work may be the future.

What Is A Permalancer?

When the Fiscal Times wrote about its article about permalancers in 2011, it used less than flattering terms like “disposable workforce” and “never-ending temps.” It sounded like we were a threat to the job security of every hard-working American, which we probably were at that time. The picture accompanying the article showed a businessman wearing a dunce cap in the midst of happy and busy colleagues, although it wasn’t clear whether he was the employee or the permalancer.

At the time the Fiscal Times piece came out, the U.S. was crawling out of its latest recession. Full-time employees were being laid off everywhere and replaced by temporary workers who weren’t entitled to vacation pay or benefits. In September 2009, the Bureau of Labor reported only 1.72 million ‘temps’ in the workforce, but over a year later the number had increased by 29% to 2.2 million.

Although I wasn’t permalancing back then, I knew people who were, and those looking for jobs treated them like scabs breaking through a picket line. I understood their anger: permalancers were doing their jobs, minus the expensive benefits and perks. What they didn’t stop to think about was that these non-employees kept a lot of companies afloat during those difficult years due to their comparatively low cost, and when things improved, many of these businesses started hiring again.

After the recession ended, permalancers continued to be seen in some quarters as a cost-effective alternative to a full-time employee. Last March, Twitter was in an uproar after Epicurious editor David Tamarkin advertised for an editorial assistant and used the description “full-time freelance.”

When asked to clarify what that meant, Tamarkin said that it was 40-hour-a-week position without benefits. Some Twitter users were so outraged that they tagged the New York State Department of Labor.

Tamarkin quickly retracted the original job posting, saying that the successful candidates would be eligible for benefits, but the incident highlighted two trends: more people are becoming self employed, and many of them work what amounts to full-time hours for the same clients.

Both freelancers and permalancers are self-employed and generally use their own tools, resources, and schedules to do their work. Both can incorporate or own LLCs. But in my opinion, the similarity ends there.

Although there are exceptions, freelancers tend to be project-oriented, even if they do more than one project for the same client. Before I was a permalancer, I haunted the Elance (later Upwork) platform, eagerly looking for opportunities that would cover that month’s expenses and leave a little extra. Today, I work with the same handful of clients and have not solicited or accepted any other jobs for nearly two years.

I still get people (even clients) calling me a freelancer because I don’t work in the client’s office and I control my own schedule. When they think of permalancers, they recall the workforce that worked under client-controlled conditions and were employees in everything but name. These workers still exist too, and form the basis of many employee vs. independent contractor debates and lawsuits, but they should no longer be called permalancers.

The 1099 economy, bolstered by Generation 1099, enabled permalancers to make the leap from glorified temps to independent agents who maintained a close and profitable relationship with one or more clients. They spend most of their time (or, in my case, all of it) working on projects for ‘anchor’ clients who continue to send them work on a weekly or monthly basis. While these clients can take up a lot of your time, the regular income and financial stability they provide more than makes up for it.

With one of my clients, I’m on a permanent monthly retainer that fairly compensates me for a routine set of deliverables. With everyone else, I generally receive a series of regular assignments, with the occasional special project thrown in. If I want to take a day or even a week off, I just structure the completion of all deliverables so that my absence doesn’t cause delays.

For me, one of the biggest advantages of permalancing over full-time employment is that you can do your work while maintaining a safe distance from office rules and politics. Although I’m expected to deliver high-caliber work, there are no performance reviews or co-workers with an agenda. I have clients, not bosses: it’s an arrangement that lets me work with energetic and stable companies without worrying about being judged on anything but the assignments I’m paid to do. Judging from the growing number of self-employed professionals, I’m not the only one who loves the sense of possibility and freedom that this work style represents.

Should You Work For One Anchor Client?

In my opinion, no.

While the stability of permalancing is great, I would never put all my eggs in one basket. I know at least one permalancer who works for a single client, as so far it’s been a beneficial relationship for both sides, but I couldn’t do it for the same reason that I won’t be an employee again: when you allow one entity to provide the majority of your income and they go out of business or cut your hours, it can suddenly be feast or famine again.

That being said, I know people who have done really well for themselves by concentrating their resources and availability on one or two core clients. I would simply caution anyone who’s offered a full-time permalancing role to ask themselves some serious questions, namely:

How to Get the Most Out of Your Permalancer Workforce

If you’re a project manager who works with permalancers, your job will become a lot easier when you adopt a resource management software designed for remote teams. These platforms make permalancer management a lot easier by enabling shared project timelines and serving as a central resource for team communications.

Although there are many tools that simplify the management of mobile workforces, the one I recommend is Toggl Plan. It’s a visual project management tool that supports efficient collaboration across multiple time zones thanks to features like:

With Toggl Plan, everything happens in real time, so everyone is always on the same page. When all project details are available on a single platform like this, the possibility of communication errors goes down and you set the stage for a successful project.

I love permalancing because it gives me more stability in my workload and helps ensure that I have a relatively safe and predictable income each month. When you find the right clients, like I have, you’ll enjoy the enviable balance of freelance flexibility and financial security. Best of all, you have your own business and your time (and by extension, your life) is your own.

Successful Project Management: Why Planning on a Visual Timeline Is Key

At the end of the year, our team decided that we wanted to write case studies to share on our website. When we started out our case studies project, I felt nervous. I usually work alone, and it had been a while since I’d had to make sure other people on my team were informed 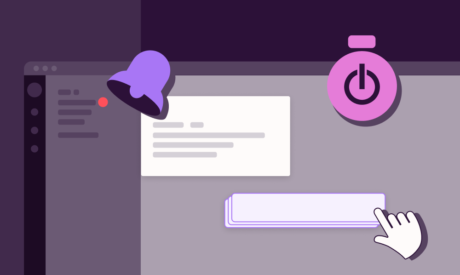 Learn about the last months of 2020 in Toggl Plan, everything we’ve done and learned. 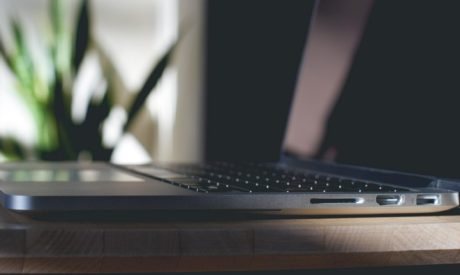 How to Create the Perfect Project Management Plan