I’ve implemented time tracking in several companies and it was as difficult as talking Gabrielle Solis into a three month backpacking trip in Central Asia.

First, in most companies there is a tragic history of time-tracking gone wrong. Usually it involves some complicated systems with names like Trackrmax or Megonomy — the soviet pocket calculators of time tracking. Their common problem – they take too much time to fill in.

Second, time tracking does not always come naturally to creative people. Mostly they hate it and some may call you a neo-Taylorist. A carelessly issued order from above to track time will cause some of your best people to start drinking. Others will stay home. Everyone develops road rage.

But here’s the catch – if you want to figure out how to make more money with the time available to you, you probably need to track time.

If you don’t believe me, consider this: Research has shown that workers mostly underestimate, not overestimate, hours they have worked on something. Without tracking, they will bill fewer hours than they work.

Besides, if you want to eliminate stupid and cheap work from your day, or do more enjoyable work, tracking time is the key to that, too.

So, here are some tips from my life that helped introduce time tracking into resistant environments:

1. Avoid complicated systems. Time tracking programs are often pitched and sold to accountants and/or top management. This often means systems resemble your tax return—and they’re equally difficult to complete. Ask yourself if the system is easy enough for the average user who has to fill the thing in every day.

2. Set an example. There is nothing less convincing than the manager who forces time tracking on others but doesn’t do it himself. In a similar spirit, you need to convince other senior managers to time track, as well.

3. Fill in hours immediately. People who fill in their hours once a week, have a serious risk of under-billing. Or sometimes over-billing, which may of course feel nice for a moment, but may not be a sustainable business model. It is also rather frustrating to track time only once a week – you need to find all these notes and check your calendar to find the data. So, the best way to track time, is to track it constantly or at least as often as you have something ready.

4. Promote honest hours. The first, and some argue the best, benefit of tracking time is to get an understanding of where all that time is going. Forcing people to bill eight hours a day doesn’t work in many settings — some will have a tendency to turn their time at the gym into billable hours. If you want a true picture of efficiency, make sure you create an environment where people are free to report honestly.

5. Discuss the results. Time is factual, which means that you can talk about it without getting too opinionated or emotional. This is great for giving feedback. Share the results with your team on a monthly or quarterly basis. It helps everyone use their time more effectively, and the meetings can often serve as catalysts for major improvements in efficiency.

6. Tie implementation to bonuses. Positive reinforcement tends to be better than negative reinforcement, and punishing (by, for example, not paying someone’s regular salary) for not tracking can have serious backlash elsewhere.

7. Track even if you do not bill. Not everyone bills by the hour, but internally it is still important to understand what is the cost of an hour to you. Time tracking is a good  tool to understand the real cost of your service and it can teach you things about you that you did not know.

8. Expect culture change. Time tracking rationalizes and monetizes relationships inside the company. Even if people do not see each other’s numbers, it secretly forces people and teams compete more, which is a good thing but may also lead to silo effects. Accept that this may happen and be prepared to counter with teamwork incentives. If you absolutely don’t want to do this, don’t time track.

9. Go totalitarian! Of course, you can always employ draconian measures to force people to track time. But then don’t be surprised when they clam up as you approach the water cooler or Dilbert strips are glued to their cubicle walls.

Daniel Vaarik is former CEO of Hill & Knowlton Estonia and former chief of the communications office of the government of Estonia. He currently works as a consultant.

Want to Overcome Chronic Procrastination? It’s All About Emotion Regulation

Do you have chronic procrastination problems? It’s tempting to blame a lack of time management, but it might actually be an emotion regulation problem. 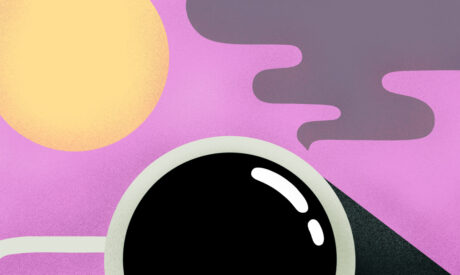 Why I Quit Coffee and What It Did for Productivity

Nothing has ever awakened my senses more than the sweet aroma of coffee. Who can resist the cocoa flavor, nutty texture, and overall “happy feeling” you get when you take your first sip?

Are you running out of ideas when it comes to improving employee productivity? Well, you’re not the first manager in this situation, and you won’t be the last. There are so many different types of people in this world. Over 7.5 billion, in fact. Each of them have a different idea of what productivity is