Going Fully Remote: An Interview With the Toggl Track Founders
Skip to content 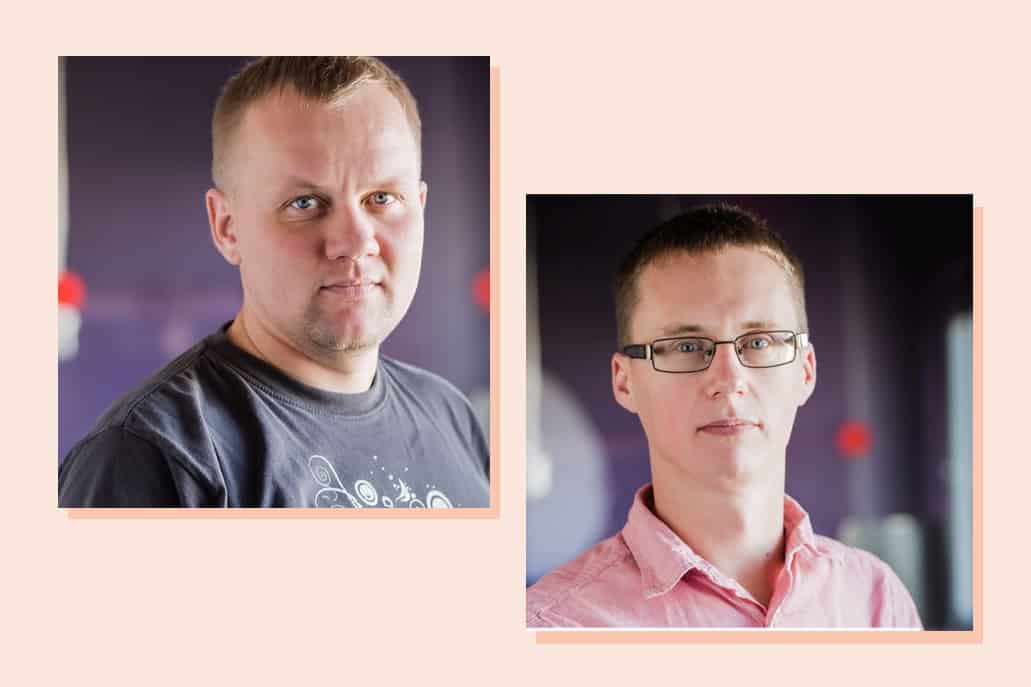 The ongoing global pandemic has turned the couches, kitchen tables, and, sometimes, the beds of the world into the office space of the future. Remote work appears to be the topic of the year, although it’s far from a new phenomenon. Many companies, Toggl included, were fully remote way before we were trying to figure out what greeting would replace the handshake.

For six years Toggl Track has been operating as a fully remote company, spanning 30+ countries. We thought now would be a good time to catch up with the founders of Toggl and its suite of tools, Alari Aho and Krister Haav, to chat about the pandemic on workspaces and environments, employee surveillance tools and the future of work.

This interview has been edited for clarity and brevity.

Many companies are now going through similar processes as Toggl Track was nearly a decade ago when you decided to go remote, though obviously these are different circumstances. Can you talk a bit about how the switch from remote to in-person work happened at Toggl Track?

Until 2014, we were just Estonians in one city, in one office, mostly guys, and very monocultural. It was a problematic place to be.

The country has a very small population and a huge amount of different tech startups and IT companies. Looking into the future, it was evident that if hiring was really difficult in Estonia in 2014, it would only get worse over the next five, 10 years. We needed to change something.

We had three options: Set up an office elsewhere, like New York or London, bring people to Estonia, or go remote. We asked around other startups and no one was doing remote work. Everyone advised us not to do it.

But I asked a friend of mine about the new office he’d just set up in New York and how much it cost. He said it was like taking a huge pile of hundred dollar bills and lighting them on fire. Since we were bootstrapped, I didn’t fancy that idea at all. Relocation (to Estonia) was also a hard sell for candidates.

So we decided that regardless of what everybody said about remote work, we’d try it out. We also decided that we’d get people who had experience with remote work so they could teach us. In the first three months we hired five people. Elise is still working with us; she was one of the first remote hires.

Our communication and processes needed to change quite a bit. Before that our communication was mostly verbal, mostly in Estonian and mostly synchronous. It was a big change happening in just a few months. It became obvious that you couldn’t do this kind of work just as a part-time hobby. It had to be a full commitment.

Every quarter we were asking ourselves: “Is this the right decision? Do we want to move back to the office?” But we never had the smallest temptation to reverse that decision.

What can other companies learn from Toggl Track’s transition to remote?

There are no silver bullets. You just have to commit to it. You should start thinking of going fully remote, at least with all the processes within the company–making sure you have written summaries, keeping meetings short, and being respectful of other people’s time.

If you take all this into account, then you’re already working as if you were a remote company and it won’t matter if people are sitting in an office or in a remote location.

Have you seen a change in how people are using Toggl tools (Track, Plan and Hire) because of the pandemic?

I think the perception of why people are using the tools are changing. Just yesterday I was speaking to one of my neighbors who’s working for the local government and just started working from home. She said that she’s actually having a hard time keeping a work-life balance because she tends to work too much. So more people are using Toggl Track for that.

But it’s also because as soon as teams are remote you can’t really check on them. If you want to be efficient, then you have to know where they’re spending the time and make the plan more obvious.

It comes down to the main question of remote work: How do I know that people are actually working?

If that’s the purpose of Toggl Track, why not add surveillance features to the tool?

Considering human psychology, and actually coming from a totalitarian society myself (from the Soviet Union; I was 15 when it collapsed), I know it’s not possible to build a perfect surveillance system, especially if you have smart people. People will always find ways to trick it. So in its core essence, it’s not efficient anyway.

And nowadays, we’re talking about knowledge workers. It’s not like factory work where you need to produce some 15 widgets by the end of the day. Knowledge work means that a huge part of the outcome involves creativity. I don’t know how you can produce creative work more efficiently if somebody is constantly watching over your shoulder.

I’ve seen and heard things from people, that this shift to remote work has resulted in people trending towards micromanagement and surveillance. It’s obvious from our experience and our knowledge of this market that there is, you know, a market for tools that have more surveillance qualities.

But do you really want to work for this kind of company? Me neither. That’s the shortest answer.

Surveillance doesn’t really make sense. It’s totally unnecessary information. What the company needs is work done on time in the most efficient manner. We’ll always provide the means to see what kind of things you’re spending your time on but we won’t do it for babysitting purposes.

I think that as more and more companies transform into knowledge companies, the trick isn’t going to be control. The trick will be empowerment.

At Toggl Track we’ve always strived towards trust, so we’re not snooping on each other. Rather, we have common goals that we’re all working towards. We would rather promote the values and the means to to achieve those goals. When we talk about time tracking we talk about it in terms of benefit to the company rather than just counting the hours.

How do you build that trust?

I would actually start small, because you need to have a very good idea what you want to achieve or how you want to track time. I would limit the time checking to very specific tasks that you really want to focus on.

For example, my wife works for a government organization and they have too many meetings. Their superiors didn’t really care about that. Managers thought it was only five percent of their time.

So they used Toggl Track for a month to track their meetings and showed the managers the report. And lo and behold, it showed they were spending one-third of their time in meetings. and that was the reason they weren’t hitting their targets. So for them it was best to just focus on one problem area and then try to sort it out.

When you’ve gotten the hang of it, then you can expand the usage throughout the company and try to solve multiple problems.

What do you think the future of work is going to be?

There is a good saying: “The future is already here, but it’s just unevenly distributed.” I think the future of work is what we’ve already been doing at Toggl Track for the last couple of years.

I strongly believe that there will be a job revolution. Even with the pandemic right now, there is again renewed talk about automation, AI–all these things. It will change a lot of jobs that are on the market currently, because–let’s face it–there probably won’t be a need to have an army of tax consultants as soon as all the systems are automated.

On the other hand, there will still be humans. And one thing that computers I don’t think will ever manage is to deal with is humans. And that means that there will be a huge number of job openings in the future for people who have to deal with humans.

Even if there were a huge robot and AI revolution, you have to look at the history of all industrial revolutions. There are always a certain amount of jobs eliminated, but there’s also the creation of more new jobs. I think that the future of work will still have people working. But maybe they’ll need to commute less.

What about the future of Toggl?

In five years we will still be our three tools: Plan, Hire, and Track. We just want to keep improving tools that help people achieve great things at work, tools that benefit our users. 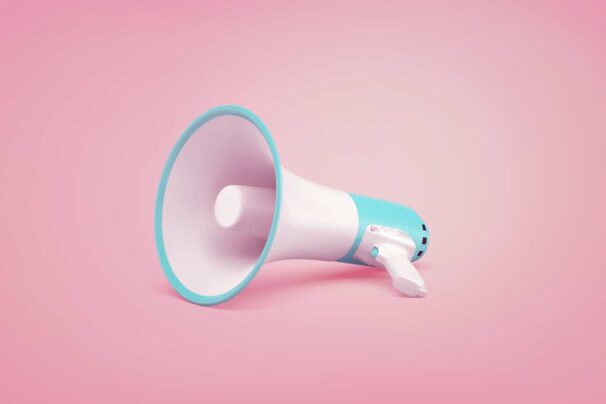 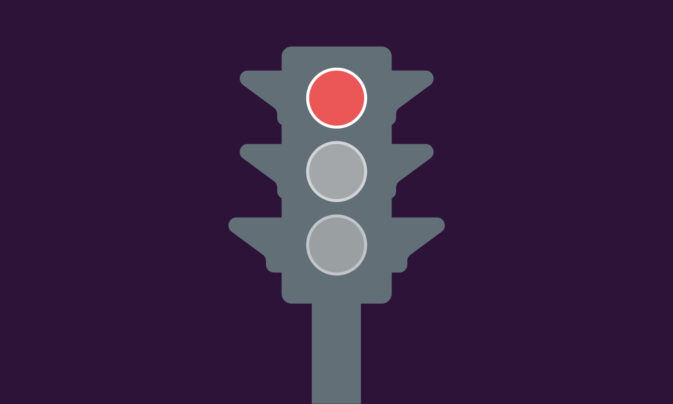 9 Remote Hiring Mistakes You Must Avoid at All Costs 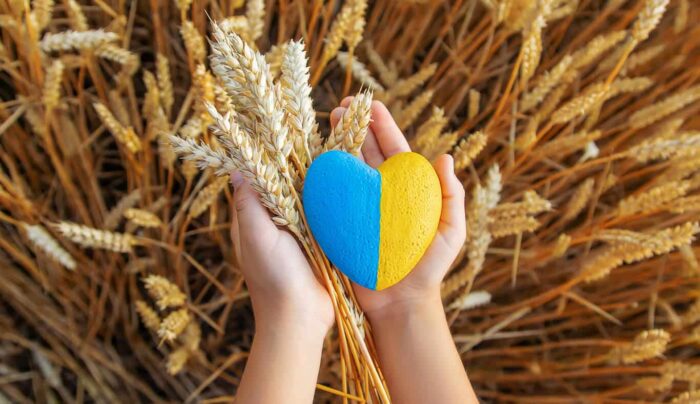 Toggl Stands With the People of Ukraine

The Toggl Team
2 min read
Projects Managing projects gets a little tricky at times. Check out our resources to learn how to run your projects better. Check it out Talent Acquisition Finding recruitment a bit of a struggle? Dive into our resources to get the latest scoop on creative hiring tactics and techniques! Check it out Time, time, time! Manage your time better to get the most out of your day. Learn how to manage your time better and claw back those vital hours. Check it out Business Growth For those who are just starting up or taking your small business to the next level, we feel ya 😬 Check it out
Share This: