A writer on time tracking and creativity

My name is David Charles and I’m a comedy writer. And data freak.

Together with Beth Granville, I’m co-writer of BBC Radio sitcom Foiled, now in its fourth series. Over the past half decade, Foiled has grown from low budget fringe theatre actually staged in a hair salon to being the most popular comedy show ever broadcast by BBC Radio Wales, starring legends of stage and screen including Ralf Little, Miles Jupp, Felicity Montagu, Vicky Vox and Sir Derek Jacobi.

That’s all well and good, but great comedy doesn’t get written without great data. Am I right? Probably not, no. Nevertheless, ever since Foiled series one, I have counted the hours I spend writing using both time tracking software and my own high-tech kitchen timer and spreadsheet combo.

What this means is that I can now go back through four years of data to tell you exactly how long it takes to write an entire BBC radio sitcom series. How cool is that?

How long does it take to write a BBC radio sitcom? The simple (and simply wrong) answer

According to my time tracking app, I spent a total of 11,047 minutes working on series four of Foiled last year. That’s 184 hours and 7 minutes – or 46 hours and 1 minute for each of the four episodes.

But the hard data of automated time tracking has two major limitations.

Firstly–and most importantly–I am only one half of the team that wrote Foiled. Beth Granville is less keen on time tracking. There’s not much I can do about this limitation, short of hacking her computer on the sly. We’ll just have to assume that my data is valid for any half of a comedy writing team. If you’re writing solo, then a) what are you playing at? and b) double these estimates.

Secondly: My time tracking app doesn’t include time spent pondering–it stops counting when I stop typing or fiddling with the mouse, even if I’m staring, blank-faced, at the screen. It doesn’t include phone calls with Beth or the rare days we spent together in 2020–unless I happened to be typing on the computer at the same time.

Luckily, for the past two years, I have also kept track of my working hours using the high-tech combination of a kitchen timer and a spreadsheet. According to this record, I actually spent 13,340 minutes working on Foiled in 2020: 222 hours 20 minutes–or 55 hours 35 minutes per episode. That’s 21% longer than my time tracking app registered.

Lesson 1: If you use a time tracking app to invoice clients, you might end up seriously out of pocket. Time tracking software can only ever be a guide and will be an underestimation.

As you can imagine, 2020 was a very strange year for me and my writing partner, Beth Granville. In past years, Beth and I have spent solid stretches of time together, running away to a deserted house in the countryside for a week to break the stories. We couldn’t do any of that in 2020–but did that affect the hours we put in?

According to my app, the time we spent on series four was almost identical to the time we put in on series three. Remarkable. The kitchen timer data, however, suggests that I spent an extra 19 hours on the series this year.

Before you get too excited, I would actually put this down to a change in the way I collected the data, prompted by the changes to the way we all had to work during the pandemic. Let me explain with a side note on the ineffable.

A side note on the ineffable

Remember what I said about Beth and I running away to work together in the countryside, back in the halcyon days before the pandemic? During that week, I would never have dreamt of logging the hours me and Beth spent shooting the breeze over dinner or a long walk–even though this unstructured playtime was exactly how we got most of our best ideas.

There is something ineffable about the unstructured playtime that inspires so many creative breakthroughs. But the ineffable is Kryptonite to time trackers: It defies quantification.

A two hour conversation as Beth and I ramble along the beaches of the Gower peninsula will consist of 90% chat about on and off romantic entanglements, 7% arguing over what to cook for dinner and 2% drawing sand art for Beth’s Instagram. But that last 1%, if we’re lucky, will be an idea that breaks the back of episode two.

Can I log the whole two hour conversation? No. Can I log the two minutes it took Beth and I to discuss the breakthrough idea? No, that’d be ridiculous. The ineffable, without which the series doesn’t happen, doesn’t get logged. This is an important thing for all creative time trackers to remember.

Flash forward to 2020, however, and I absolutely have counted all our phone calls towards my working total. Without the ineffable opportunity to indulge in unstructured playtime, Beth and I had to force our creativity into the structure of a scheduled phone call. In short: the pandemic has made everything feel more like work and those working hours were more easily logged. And that is where I think those extra 19 hours come from.

Back to the time tracking data

For completists, here’s a table of the raw data from all four series:

What stands out here is that we really ramped up our work ethic after series two, adding no less than eleven hours per episode. Hopefully that’s not because our aging brains are struggling to come up with the funnies, but rather that our extra work is paying off with tighter and funnier scripts.

Comedy writing–any creative writing–is impossible to grade objectively, but we like to think we’re much better writers today than we were in 2017 and 2018. I guess you’ll have to decide for yourself whether all our extra work was worthwhile. (Actually, please do let us know if you reckon we can slack off with series two levels of commitment next time!)

Lesson 3: Don’t fool yourself into thinking that you’ll need less time to write a sitcom series as you become more experienced. But take heart that your scripts will be funnier.

Is time tracking actually useful for a comedy writer?

The fact that I have used at least one method of time tracking for the past four series of Foiled should answer that one. I think it’s an incredibly useful tool for any self-respecting comedy writer.

Creative writing, as I’ve mentioned, is impossible to judge objectively. This can make the blank page daunting to the point of paralysis. But knowing roughly how long a sitcom episode takes to write–around 55 hours in my case–tells me that there is a reliable process behind the evanescent, ineffable clouds of creativity.

That reliable process is simple: Put in the hours. And how will you know for sure whether you’re putting in the hours if you aren’t time tracking?

Time tracking, far from tying me down in data, liberates my creative spirit by leading me on the well-paved highway that goes straight up to those fluffy clouds. (Well, maybe not totally straight, but it does get there eventually.)

Before that cloudy metaphor gets too strangled for both of us, I’ll leave you with at least some of the words of seventeenth century poet Robert Herrick:

How To Build A Horse With Programming [Comic]

Tired of modern transportation? Have a ton of hay laying around? It sounds like you might very well be in the market for a horse. 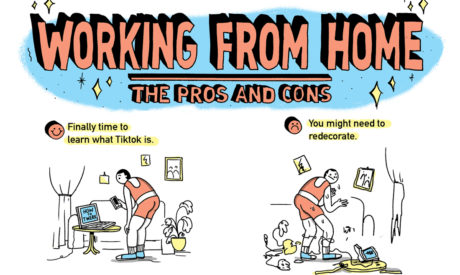 Working from Home: The Pros and Cons [Comic]

At the end of the day, being able to work from home is a privilege. For those who can, working from home does come with certain unique advantages. 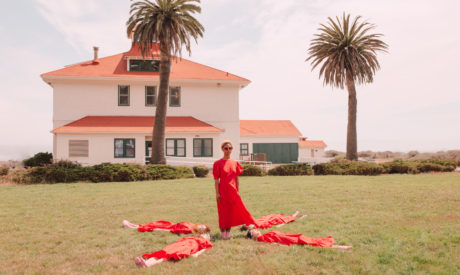 The Creative Benefits of Embracing Boredom

I grew up in the mid-2000s in a household that used dial-up internet. Thankfully, this meant that I had a childhood that largely took place offline. But things changed rapidly when the 2010s rolled around.