In order to build a more diverse and inclusive organization, companies should educate themselves about unconscious bias, and the many ways it manifests in their hiring process. That way, they can take a critical look at where they’re falling short, and what can be improved.

Let’s unpack what unconscious bias really is, and a few ways you can start tackling it in your hiring process. 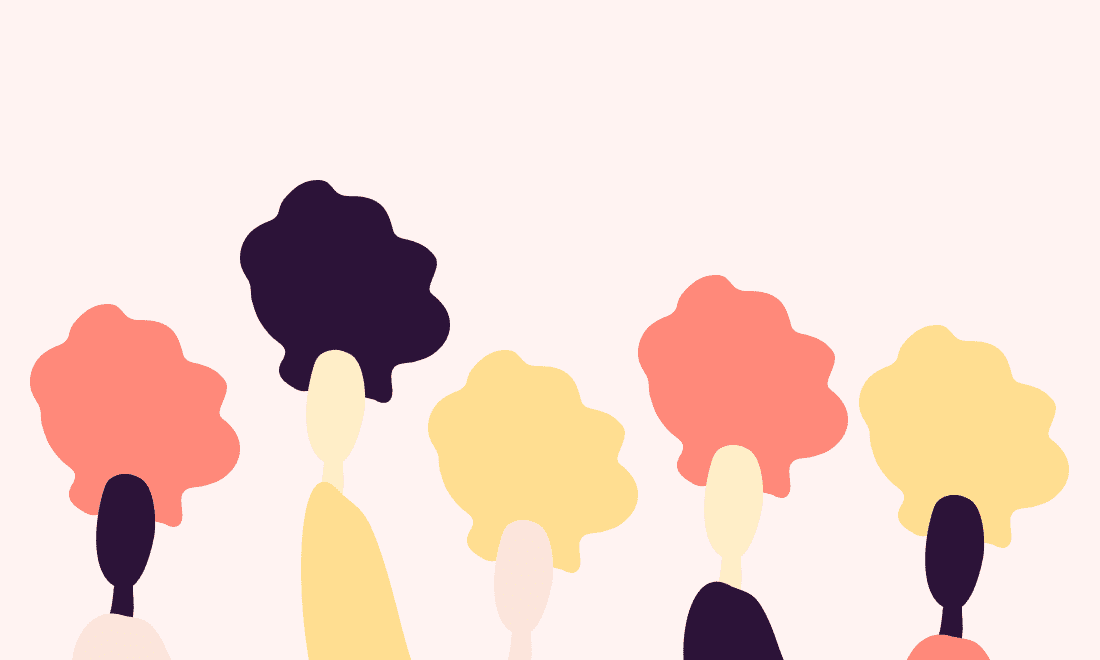 What is unconscious bias?

Unconscious bias is the prejudice in favor of a certain thing, person, or group. According to Dushaw Hawkett, there are 3 characteristics that differentiate unconscious bias from other types of prejudices.

Like with any shift in behavior, deep understanding has to come before meaningful change can occur. A good place to begin tackling the various types of bias in the workplace is to understand the various forms it can take, and analyze how it might be present in your organization.

Affinity bias happens when we favor a candidate because they share a trait or characteristic with us. It may feel easier to relate to such candidates if you both attended the same university or grew up in the same hometown.

Affinity bias is crucial for culture fit that so many companies yearn for. Founders want a team of like-minded people, which is why affinity bias reigns supreme as a hiring aid in many early startup teams. However, you don’t want this to be the only merit when hiring and you’re not looking to build an army of robots similar to yourself.

A solution: Instead of giving up on like-mindedness, insist on it. However, don’t ask for like-mindedness in the form of similar education and life experience. Instead, take a good look at people who may seem unfamiliar to you at a first glance. You may learn that you have much more in common than you originally thought. Just give them enough time to get to know them better.

Attribution bias happens when we make assumptions about people’s actions and intentions based on previous interactions we’ve had with them.

For example, if you notice a candidate tends to change jobs frequently, you might assume that they’re a job hopper and will move on from their next job in a few months too. You immediately assume that they are the problem, instead of considering the myriad of complex reasons that could’ve led to their recent work pattern.

A solution: Work to recognize whether your thoughts about a candidate are based on information or assumption. If they are based on assumption, stop, and ask the candidate instead. Be mindful of phrasing questions in accusatory ways. For example “What factors contributed to you deciding to leave your last position?.” is much better than “Why haven’t you stayed in a job for more than 4 months?” We bet you’ll be surprised by the answers more often than not.

Confirmation bias is when we draw conclusions about people, situations, and even data, that only serve to reinforce what we already believe to be true. It is a sort of ‘selective sight’. We only ‘see’ what confirms our existing beliefs, and disregard or even forget information to the contrary.

For example, you may see that the candidate has an Eastern European name and you’ll assume that they couldn’t get the same quality of education as someone who was born and raised in the USA. We tend to make the same assumptions about candidates’ names, education, ethnicity, skin color, and various other attributes.

A solution: Look at your candidates’ skills before considering anything else. This will allow you to shortlist candidates based on ability alone. You will end up with a much more diverse interview pool if the only factor you’re assessing is a test score.  Toggl Hire to screen candidates based only on skill is an easy way to boost diversity and inclusion, and combat bias in the hiring process..

This kind of unconscious bias happens when we compare two or more candidates we’ve encountered. Receiving an exceptionally strong application subconsciously sets a standard in our mind and all the applications from that point on seem inferior.

The problem with the contrast effect is that it lacks objectivity. It skews expectations away from reality and can make a good candidate seem mediocre, or poor candidates seem great. Both are lose-lose scenarios because you never end up with the best person for the job, you end up with the ‘best’ person out of the bunch you’ve seen so far.

A solution: Having an objective benchmark against which to judge applications is a good place to start. Compare candidates to the objective mark instead of to each other.

This is one of the simplest and most easily understood types of unconscious bias. It happens when we unconsciously think a candidate’s suitability for a job, industry, or position is influenced by their gender. Some examples of this are the old-fashioned stereotypes that men are better suited to high-logic professions like physics, whereas women are better suited to caring roles like nursing or education (this is of course nonsense).

A solution: Ensure you’re using gender-neutral language wherever possible, to avoid turning off certain groups of people. This is especially relevant for job ads and descriptions for roles in male- or female-dominated industries. Textio is a great tool that analyzes your job ads and suggests language tweaks you can make to make them more inclusive and gender-neutral.

6. The halo and horns effects

The halo effect is somewhat similar to confirmation bias.  We notice something particularly impressive about a candidate – a “halo”- we are promptly blinded to less preferable features about that candidate.

For example, if you notice that a candidate used to work for Google, you may give them an unconscious advantage over other applicants. Surely, someone who worked at Google must be a good fit for your team, right? This is an example of thinking based on assumptions, rather than information.

The opposite of the halo effect is called the horns effect. It happens when you focus on one particular negative trait of a candidate and ignore everything else. For example, judging a candidate entirely based on the fact that they dropped out of university, despite a decent work history since then.

A solution:  Don’t focus on what the candidate achieved in the past. Instead, focus on what they can do for you in the future. Evaluate their skills and the ability to get the job done, rather than trusting a reference from 10 years ago and using it as your main hiring criterion.

How to battle different types of unconscious bias

First and foremost, hire people based on their skills rather than any of their traits. Use skills tests to determine whether the candidate can get the job done or not and make this your primary standard for who gets hired and whose application goes in the bin.

Involve several people in the hiring process. We all have our unconscious biases, so it’s good to have a second opinion when it comes to a candidate you want to hire or dismiss. Holding each other accountable is also a good practice to adopt, as you may all uncover some subconscious associations and patterns of thinking you weren’t previously aware of. It might feel uncomfortable at first, but normalizing these conversations while giving everyone a safe space to grow is vital to create a diverse and inclusive workplace.

Accept the fact that we all have biases, but always strive to be better. No matter how objective we try to be, each of us has some sort of unconscious bias. Acknowledge this fact, try to understand your biases, and do the inner work to overcome them. 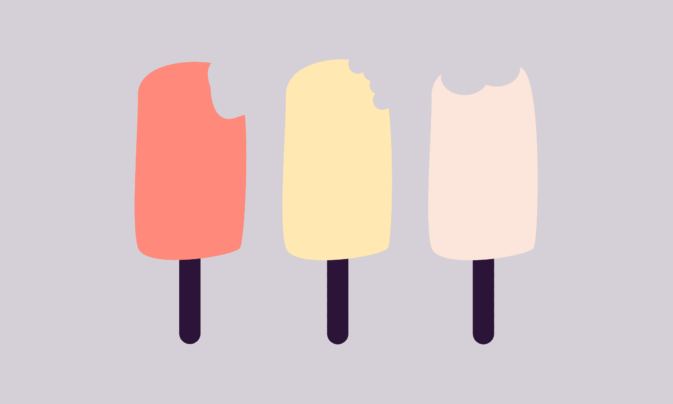 What is Inbound Recruiting? – A Guide for Small Businesses 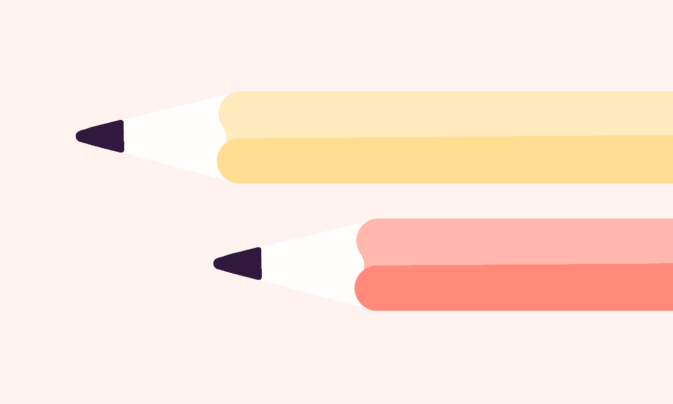 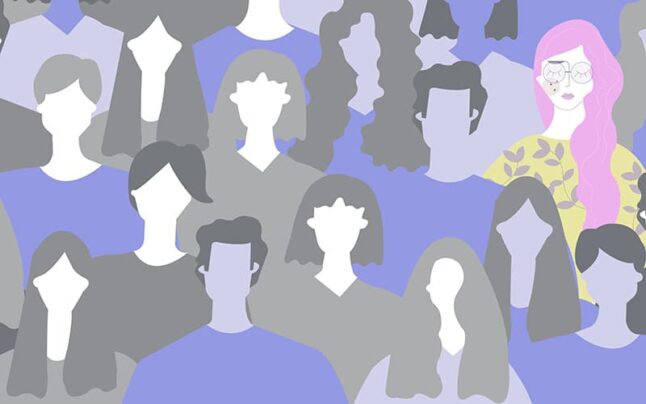 Melissa Sepp
1 min read
Projects Managing projects gets a little tricky at times. Check out our resources to learn how to run your projects better. Check it out Talent Acquisition Finding recruitment a bit of a struggle? Dive into our resources to get the latest scoop on creative hiring tactics and techniques! Check it out Time, time, time! Manage your time better to get the most out of your day. Learn how to manage your time better and claw back those vital hours. Check it out Business Growth For those who are just starting up or taking your small business to the next level, we feel ya 😬 Check it out
Share This: