Get 2 months free when you sign up for a Toggl Plan Annual Plan! Available for 00 more days
Exciting news! 🎉 Teamweek is rebranding to Toggl Plan on February 10th.
We use cookies and other technologies to analyse this site’s usage. Therefore, some data will be stored on, and retrieved from, your device. Please see our Privacy Policy for more details.

“Toggl Plan is a tool that can grow with you.” 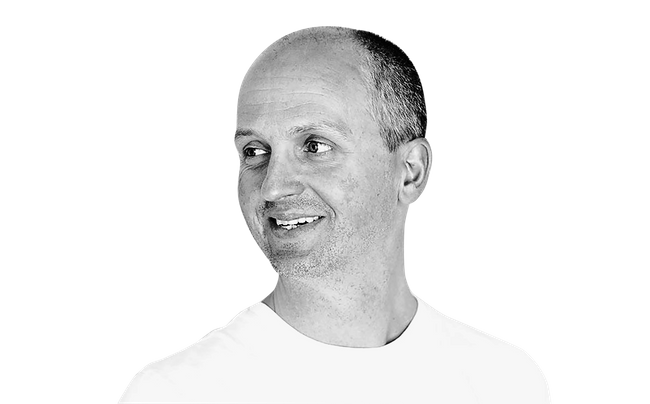 Founded in 2006, Ascend Studio is an independent brand, design and web design agency based in central London. Their primary focus is on brand experience, creating engaging connections between brands and people. Ascend’s philosophy is simple – enhance your brand and raise your profile through honest and effective creative solutions.

“Yeah. The whiteboards have gone. Can't say I'm disappointed,” Jim chuckles. Ascend, an independent design agency based in central London, has worked for 13 years to create strong brands for a variety of clients: dairy manufacturers, museums, law firms, and financial institutions, just to name a few.

With each project, Jim and his team must get to know each client’s business and needs. “The passion is really for delivering really strong, really sophisticated brands.”

Managing so many projects at once means there are many things to keep an eye on. That’s why Ascend turned to Toggl Plan, a tool that provides a visual overview of all of their ongoing projects, 40 or so at a time.

I guess you could also say that about the whiteboards Ascend dropped a while ago. But as Jim says, the whiteboards don’t update themselves and are a bit indiscreet when it comes to inviting prospective clients to the office. “If someone walked in they could actually see the engine running, they could see who was working on what.” With Toggl Plan that information is now available for insiders only – on their laptop and mobile screens.

“We work in a really dynamic marketplace. There's no reason why we can't work internationally,” Jim says. So they do. They have clients from Australia to Singapore, from Hong Kong to Europe, and in the US. “We're having calls with Sydney, Australia at eight o'clock in the morning. On the other stretch we're having calls with the US as eight o'clock at night, really. So it does stretch the day.” With just a whiteboard, catering to different clients in the opposite ends of the world would virtually be impossible.

“In Toggl Plan you can change and adjust [your workload] as you need to. It is a digital whiteboard to a degree, but ... much more fluid.” Jim and his team really appreciate the fluidity that Toggl Plan provides. Every designer can access the timeline and can move things around to make sure their plans stay up to date.

Jim also says they don’t use Toggl Plan in full capacity because they don’t need it. “One of the things I like about Toggl Plan is that you don't have to jump in and be fully committed, it's a tool which can grow with you.”

All the other tools he’s tried with his team, various Gantt charts and project management software like Basecamp, have lacked the flexibility to do just that.

In addition, it was just too much work, to the point where they felt like they needed to hire a person just to take care of the project management tools. “We probably have about 40 or 50 projects on the go at any one time. Some of those might be literally a couple hours of work, some of them might be six months worth of work. But ultimately, if you multiply that by 40 or 50 baseline jobs ongoing, up-to-date, with materials, again there just aren't enough hours in the day [to be spent on using a Gantt chart].”

Also, designers don’t like to feel trapped by technology. “A lot of tools you can only use them in one way... Toggl Plan is a tool which you can use in an easy way. If you don't use it for a week or something, it's not going to come back and start blaring at you or something like that. It's there when you need it, and you can grow with it.” And Ascend is planning to grow, always looking for new capable people to take on design challenges.

Planning – and re-organising – one week at a time

With Toggl Plan, Ascend Studio plans each upcoming week: identifying what’s already done, highlighting which projects need more time, and setting priorities based on deadlines. Because the pace is fast and the schedule changes frequently, flexibility is top priority for Jim and his team. “We'll be looking today at next week and resourcing and what we're really looking for is to make sure that we can move things around, we can blend things.”

Toggl Plan provides the perfect balance of flexibility and structure, which keeps everyone at Ascend focused and efficient.

Founded in 2006, Ascend Studio is an independent brand, design and web design agency based in central London. Their primary focus is on brand experience, creating engaging connections between brands and people. Ascend’s philosophy is simple – enhance your brand and raise your profile through honest and effective creative solutions.