Back to Toggl Global
Products

No matter how or where they work

We use cookies and other technologies to analyse this site’s usage. Therefore, some data will be stored on, and retrieved from, your device. Please see our Privacy Policy for more details.

Back to all customer stories 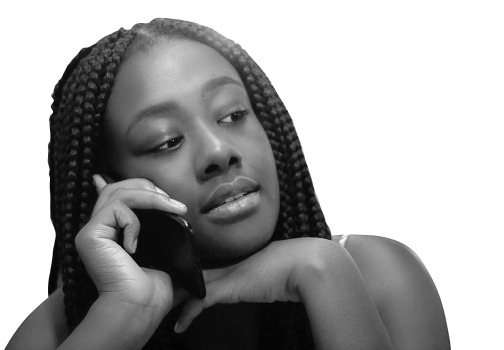 Excel was clunky and complicated, to the point that Ada actually had to teach other people how to read her Excel sheet. Now, BuzzFeed's production team is happy to say goodbye to spreadsheets and finally receive real-time updates.

When Ada Enechi left her job at Red Bull, she also left her Excel spreadsheets behind. Excel was clunky and complicated and didn’t update in real-time. Any time Ada had to make a change to the team schedule, she’d have to re-save a new PDF and send the new copy to her team. “It was the biggest pain in the world,” Ada said. So when Ada started working at BuzzFeed, she was ready to try something new.

Buzzfeed was already using Toggl Plan to stay organized, and for Ada it was love at first sight. “It was great. It’s colorful. It’s easy to use.”

Toggl Plan solved all of the problems Ada had with Excel, plus a few problems she didn’t even realize she had.

“On an Excel sheet I’m just looking at black and white and it’s so easy [to get confused],” said Ada. She also found that when her schedule was laid out in Excel, it looked a lot more intense than it really was, which created stress.

Ada has found that the combination of Toggl Plan’s sleek timeline and the ability to color code projects means she doesn’t get so overwhelmed, even when she’s juggling several projects at once.

With Excel, Ada would either have to go through the onerous process of updating a spreadsheet, re-saving as a new PDF file, and re-sending to all affected parties or risk confusion when people didn’t know about schedule changes.

With Toggl Plan, Ada and her teammates can make changes that are reflected instantly on the team schedule. This is especially useful at a company like BuzzFeed, which has offices in six different time zones. “We have projects that crossover. If I have a question...I can’t just message Australia, they’re asleep. But I can just ping onto their Toggl Plan and see how things are going.”

While working at Red Bull, Ada had to teach freelancers how to read her Excel spreadsheets. But Toggl Plan’s intuitive interface makes it easy for freelancers to understand their assignments and workloads.

To simplify freelancer management even more, Ada creates a separate group for each one of her freelancers. Then she shares the URL with the freelancer, which ensures that each freelancer can only see his or her own tasks. This means freelancers won’t see the jobs they weren’t hired for, which eliminates a lot of awkward conversations.--

Ada also uses the capacity planning feature to optimize her freelancers’ schedules. “Sometimes we have freelancers in for half days, so then I can see where people can double up [on projects].” Because Ada can see at a glance which freelancers have extra time in their schedule, she can plan more effectively, saving the team time and money.

Since starting at Buzzfeed two years ago, Ada has gotten plenty of other departments on board with Toggl Plan. “Our design team started to use freelancers a lot as well, so I brought them onto it and they think it’s so much easier,” she said. “Even billing is on here,” she added, which is probably the department you would expect to stick with Excel. We take it as a compliment.

Thank you! Your submission has been received!
Oops! Something went wrong while submitting the form.
* Working on your own? Sign up for our free Solo Plan