Years ago, I worked for a company that loved calling meetings but didn’t hold good ones. One of the graphic designers always showed up 10 minutes late and saw nothing wrong with whispering to a co-worker during the middle of a presentation. The head photographer paid more attention to his cell phone than the whiteboard. His assistant was always dipping out for a smoke break.

Later, as they filed out of the boardroom, all of these people grumbled to each other that these meetings were colossal time-wasters that ultimately accomplished nothing. Well, without a proper set of meeting norms, what did they expect?

What Are Group Norms?

Group norms are ground rules that can encourage a group to work efficiently and discourage behaviors that hinder its effectiveness. Although unwritten, they govern how group members interact with each other, work as a team, make decisions, and even how they dress. With each role that a person adopts, their behavior changes to fit the general expectations for that role.

As I was writing this, my partner joked that the whole norm concept sounded Orwellian. I asked him about the trip that he and his colleagues make to the sports bar every Friday afternoon, and he hushed up fast. (See, not all norms have to be all work and no play!)

Why Are Group Norms Important?

Group norms provide you with an expectation of how to behave in a particular group. These groups can range from friendships to office cultures to the citizenry of a nation. Conformity is when you act in ways that fulfill these norms, which is are accurate ways of predicting and understanding what people do in a given role or setting.

As a project manager, I look at healthy and productive group norms as a key to success. They allow teams to clarify their purpose and roles and improve their collective performance. Other benefits include:

Whenever I organized a new team, I set norms at the beginning, so that I didn’t have to undo negative behaviors halfway through the project. With an existing office setting, this isn’t possible, but as the saying goes, it’s never too late to change.

How Do You Create Group Norms?

If you’re dealing with the type of work culture that I used to struggle through every day, change is possible. These 10 strategies can help you come up with group norms that take teams and even entire offices from survival mode to a state where they flourish and get results.

Unless you’re a recent graduate, you’ve probably worked for a number of employers by now. Take time to recall an office environment where things worked well. What norms made it so successful? Did the managers have an open and respectful line of communication with their staff? Were meetings engaging instead of a soapbox where an executive droned about their rules and ideas? Try to come up with at least five norms that worked.

Don’t subject your office to an exhaustive list of new norms. It will take forever and probably wo’t work. Instead, introduce no more than five new norms at a time, and prioritize which ones should be introduced first. Focusing on fewer norms increases everyone’s chances of remembering them and practicing them on a daily basis.

3. Split the Norms Into Specific Behaviors

Take your list of norms and shape them into measurable behaviors. For example, as a project manager, you might implement a norm that encourages the free exchange of opinions and ideas during meetings. It’s certainly a positive tradition: the more input you have into the subject being discussed, the more likely you’re going to arrive at the right decision.

Now, what does that free exchange look like? Does it start when you go around the table and ask each person’s opinion? Or do you start with those who have experience with the subject and encourage group discussion after they have spoken?

4. Be Clear About What You Expect

Norms are often unspoken, so you need to be explicit about what is expected from everyone. If necessary, write them down and make them available as an email attachment or a company handbook. Rulebooks exist for a reason: when you put team norms in writing, they become tangible and easier to remember. Eventually, they’ll become second nature, which is what you want.

5. Make the Norms Fit the Group

You’ve heard the old maxim about square pegs in round holes. If something does fit naturally, it never will. Not every group will feel comfortable with the same norms, so the norms you create have to fit the group.

I once worked with a team that consisted of outgoing, extroverted creative types: makeup artists, set designers, photographers, and graphic artists. They often talked over each other, which is normally an inefficient way of communicating, but it worked for them.

At the time, there was a norm for project teams that prohibited this type of chaotic conversation. I didn’t even try to enforce it because compliance would stifle the creative discussions that yield brilliant ideas. That norm would not meet the group’s unique personality, so by universal consent, it was suspended for creative teams.

6. Have a System of Mutual Accountability

To ensure that the group norms remain in place, there needs to be a system of accountability. Talk to other managers about how any counterproductive behaviors will be handled. I worked in one mid-sized office where ‘good-natured profanity’ was rampant. The problem was that our office took over customer service support for the parent company, and this habit was no longer so harmless.

During the weeks leading up to the transition, the department head came up with a solution. He put a ‘swear jar’ near the entrance to the boardroom. Anyone heard swearing had to drop a dollar in it. By the time the customer service integration was complete, a habit that was no longer desirable was (mostly) absent, thanks to a humorous policing that was later used to pay for a pizza party.

This sounds like a norm, and it is. But it’s also a way to ensure that everyone is focused when you meet to create group norms. Otherwise, the result won’t be a fair reflection of everyone’s needs, concerns, and ideas.

Technology can be addicting, I know. I’m one of those people who has a hard time turning off notifications on my phone. You can encourage compliance in a good-natured way by implementing a version of the swear jar I mentioned earlier: $5 every time someone checks their phone during norm discussion meetings. Believe me, it works! Not too many people pay $5 to read what their friend texted them.

Simply documenting office norms is no guarantee that everyone will remember and abide by them. With new concepts, people need to be frequently reminded in the beginning. One non-obtrusive way is posting the norms in the meeting room and even celebrating them. At my friend’s office, they’ve taken the more positively-worded norms and turned them into wall art.

The most difficult part of creating norms for your office is enforcing them. How group norms affect individual behavior will depend on how thoroughly they’re adopted.

You can count on them being violated at one point or another, so decide in advance how violations will be dealt with. For example, what happens if someone is consistently late for work? How about people who have side conversations during meetings? If these types of behaviors have been happening up until now, it will take a while to phase them out, so know in advance what any consequences will be.

Things change. I already talked about a former workplace, where the adoption of customer service roles made it necessary to change the norm regarding colorful language. Norms that work now may be insufficient or inappropriate this time next year, so be sure to evaluate on a regular basis.

Shakespeare once said that all the world’s a stage and that one man could play many parts in his lifetime. This verse captures the essence of group norms. They define the part that each person plays in your office, and when you’ve gone out of your way to create positive ones, you put everyone in a better position to succeed.

Project Planning: From Start To Finish

A lot of people think project planning isn’t such a complicated thing to do. Just decide your team, assign tasks and you’re good to go some would say. Although they are somewhat right, there’s more to it than it meets the eye. Great project planning is crucial if you want to keep things afloat and

5 Powerful Benefits of Doing a Weekly Review At Work

When you are in charge of many different people, tasks, and projects, staying on top of things can feel nearly impossible at times. From meeting deadlines to handling task delegation, you have a constant list of problems to worry about. Technology can help you track some details, but a weekly review with each member of 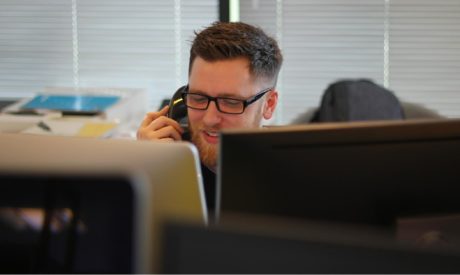 It’s no secret, remote teams rely heavily on online collaboration tools to communicate and get the project done. It may seem daunting to have to deal with all these plug-ins and softwares, but if you pick the right ones, it’s a breeze. Online communication and collaboration have evolved far past emails and text messages. There