As a team manager, the majority of the time you have the final say in major decisions related to your projects. But there will also be many occasions where your team will have to choose the best course of action. With all the differing opinions and personalities, this can be an intimidating thought for a leader who wants to maintain a good rapport among their group.

To keep the peace, while also finding the best answer for project questions, it’s important to research the most effective strategies for making choices as a team. This will allow your workflow to progress smoothly and minimize office drama caused by contradicting viewpoints.

So that you can resolve your company issues and queries in a professional manner, we’ve compiled this list of six group decision making techniques to use with your team. 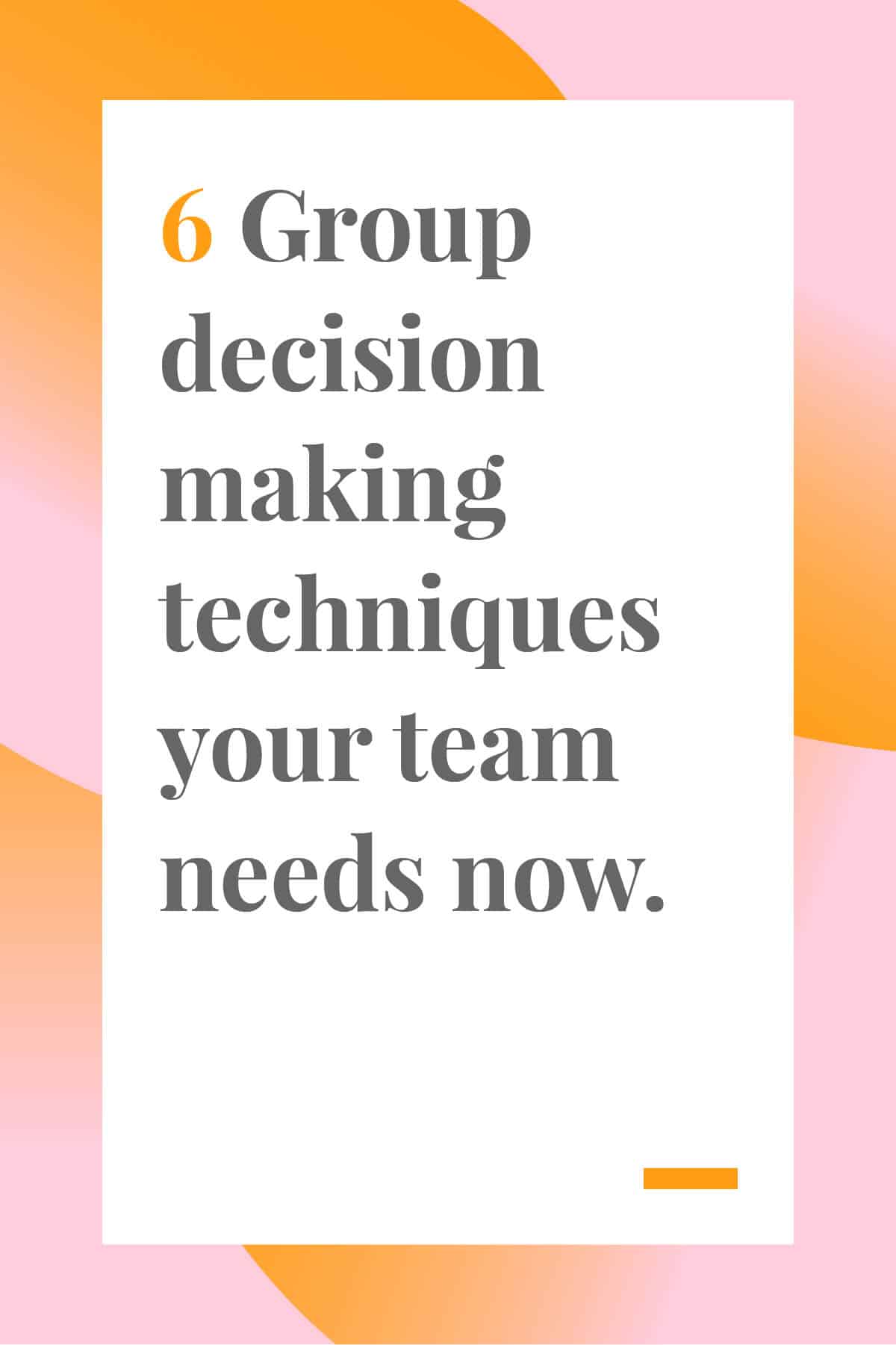 When you think of a thunderstorm, they tend to be scattered, sporadic, and unpredictable. While the same can be said of a team brainstorming session, they are done with an end result in mind. Even if that end result is just to get potential ideas, this group decision making technique offers a great way for free-flowing thoughts to be shared with the rest of the team.

The main point of these brainstorming meetings is to generate as many suggestions as possible. Oftentimes, these gatherings are more geared toward developing new ideas than they are in making a final decision. But in some cases, one idea will stand out from the others and be chosen as the resolution. 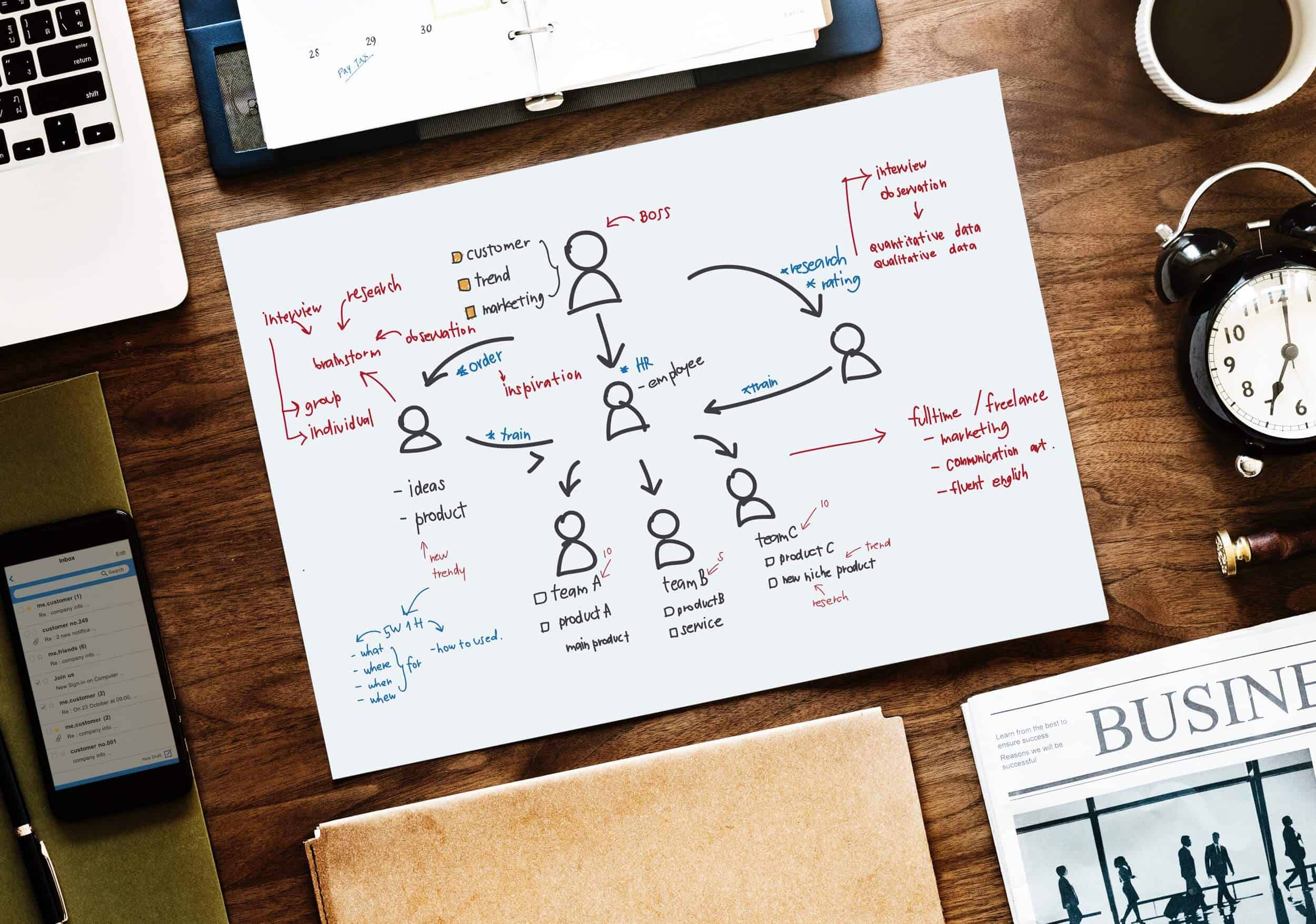 This unique group decision making strategy takes brainstorming one step further by including a voting process. But the Nominal Group Technique is not as simple as counting how many hands are raised for each available option. Instead, each member of the group is given the opportunity to place their vote and also give an explanation as to why they feel it is the best choice.

There are a handful of ways to use this technique, depending on the topic of discussion. If it is a highly controversial subject, you may want to have every team member share their personal opinion in a confidential email and then present the final results and explanations without using names. Otherwise, you can allow the members to express their feelings during an open discussion and take each vote after their viewpoint has been shared.

When a team truly struggles to reach a consensus for a major decision, you may need to step in and narrow down the options for them. The Delphi Technique takes all the ideas and compiles them for the manager of the group to break down into a smaller amount of possibilities. He or she then takes the remaining options back to the group for their consideration.

If the team continues to grapple over the resolution, the manager will condense the choices even further until they can make a decision. It gets easier for groups to reach an agreement when there are fewer outcomes available.

In situations where the decision will be the direct result of a basic yes or no answer, a straightforward vote may be the simplest solution. This tactic can be an easy way to resolve small issues or determine the best course of action for basic questions. As the team manager, it will be up to you to decide when a basic vote is all that will be needed.

This type of decision can be done without the need for a scheduled meeting. To save time, simply request a vote via an email poll or use the communication features in your project management software to get everyone’s response. 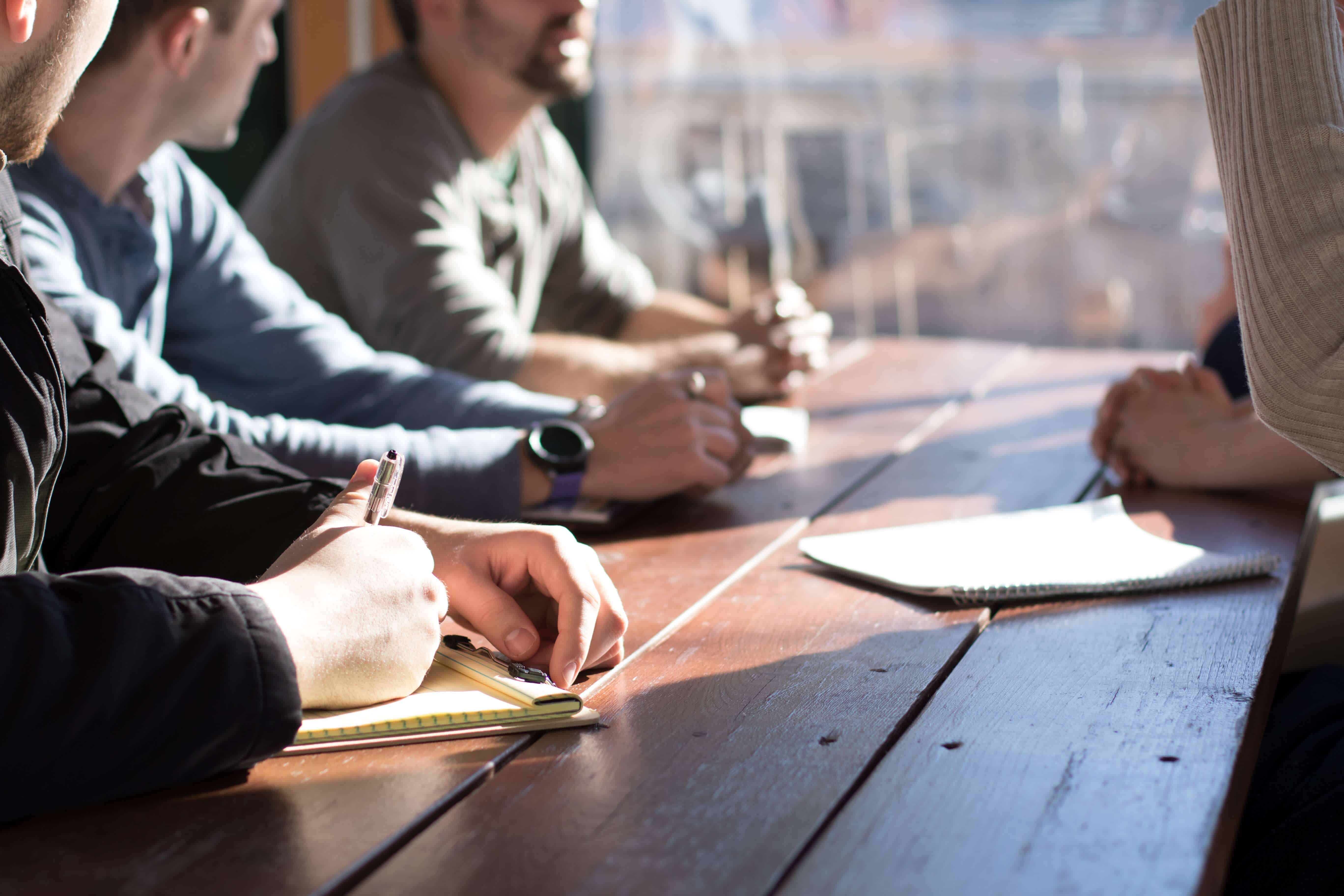 Rankings work for determining who is the best within sport leagues like the NFL and MLB, so why wouldn’t they work for a business as well? Whether you decide on an idea’s ranking by using a voting system or working as a team to prioritize them, it can be a great group decision making process for issues or questions that have many potential outcomes.

This technique can be organized through email, an online communication tool, or in a brief meeting. One specific way to determine how the possible scenarios should be ranked is by having everyone make a personal list of how they would rank them. Then, combine the lists and do some basic math to determine the average spot where each possibility should be represented.

Okay, I know this isn’t an article about teen dating. But this common tactic people use for determining whether someone is worth starting a relationship with, is also a great group decision making strategy. In business, this process is often referred to as Dialectical Inquiry.

While the word dialectical stems from the Greek term for “argue”, this type of argument pits the pros and cons against one another, instead of your team. In all reality, it can be simple as making two columns on a whiteboard or large piece of paper and listing off all the goods and bads surrounding the unsettled idea. Whichever column ends up with more items will most often come out on top when making the final decision.

By using one or more of these strategies in your business, you will see a dramatic increase in productivity and resolving issues among your team. Take a look at some of the upcoming choices your team will need to make soon and determine which of these tactics will be the most effective.

There are also numerous team building activities you can do with your group to boost your team’s collaboration even further. Give these ideas a try and see if it makes your group decision making processes easier than ever before. 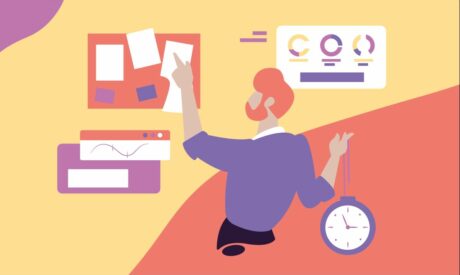 Balancing people & projects is challenging. Learn how to use project resource management to overcome these challenges & deliver successful projects.

“Not again!” I could hear Dan, one of the other project managers, from across the hall. Excusing myself to my co-worker, I hurried over.  “What’s happened?” He gestured to his computer screen, which looked like it had a new Easter egg screensaver. “Paul sent this UI to the client without running it by me first.” 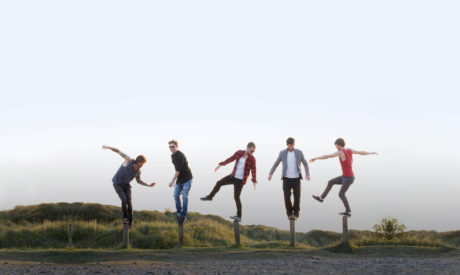 As a marketer, I’ve been involved in tons of teams and projects over the years. Small and big; as a team member, or a team leader. Sometimes I coordinated just one project, but many times I was involved in several projects simultaneously. I remember the endless weekly meetings and the continuous running from one meeting to