Hold On, What The Heck Are Asynchronous Interviews? | Toggl Blog
Skip to content

Let’s face it, the hiring process in most organizations is still incredibly inefficient.

Recruiters and hiring managers spend way too much time at the top of the hiring funnel trying to spot qualified candidates. And worst of all, they use traditional interviews to assess the competence and shortlist top performers.

In a world of remote work, face-to-face interviews are pretty inconvenient. Not to mention the costs associated with scheduling, attending, and debriefing after numerous virtual chats with poor-fit candidates. A nightmare on repeat!

In this article, we will:

The definition: What Are Asynchronous Video Interviews?

Put simply, an asynchronous video interview is a pre-recorded video interview where an applicant is guided through a series of interview questions and records their answers in front of a phone or computer camera.

The key feature of an asynchronous video interview is that a candidate is not speaking with a recruiter in real time but rather recording their answers using video interview software.

As video interviewing has become more and more popular in hiring, it’s now best practice for recruiters to record a short video intro, too, rather than just expecting candidates to overcome their stage fright.

It also helps recruiters and hiring managers to introduce the position and company in a compelling yet scalable way, as the same video recording is distributed to all candidates. This way, the experience is as close to a structured ‘normal conversation’ as possible for all parties.

What is Asynchronous Hiring?

Asynchronous hiring is a recruitment process that leverages various forms of asynchronous communication and candidate evaluation steps to save time and create a convenient, time-zone-independent experience for candidates and employers.

For a simpler explanation, we can break the term down into two words.

Obviously, you know what hiring is, but it’s the asynchronous part that may confuse you. According to the dictionary, asynchronous refers to ‘two things that don’t exist or occur at the same time.’

In some ways, it’s easier to think of this as the opposite of synchronous. Imagine two dancers up on stage, but rather than dancing together, they dance two different dances. They aren’t in sync; instead, they’re asynchronous.

Asynchronous hiring, therefore, refers to activities in your hiring process where the candidate and the recruiter do things at different times. In these situations, the hiring process is done without any live or co-located tasks – each one acts independently.

Here are some examples of how replacing live touchpoints with asynchronous alternatives looks in practice:

What are the common use cases for an asynchronous video interview?

And, of course, an async interview is a fantastic tool for remote hiring. Recruiters no longer have to deal with time-zone management and interview scheduling. With asynchronous video, it’s easy for recruiters and candidates to ‘speak’  to each other at a time that works for them, no matter which time zones they work in!

Note – You may see asynchronous video interviews also called ‘one-way interviews‘ or ‘pre-recorded interviews‘ – by and large, they all mean the same thing!

The Benefits of Asynchronous Interviews

We’ve touched on them briefly above, but here are the key benefits for both the recruiter and the applicant when it comes to asynchronous video interviews.

Speed up your time-to-hire

Async interviews boost time-to-hire by allowing you to screen multiple candidates at once.

Let’s say you want to screen 30 candidates; in the old world, that’s 30 separate phone interviews. Now, all you need to do is record your intro video once, select relevant asynchronous video interview questions from a built-in question pool, and let candidates respond all at the same time.

Slotting in 30 calls may have taken a whole week; async interviews take a matter of hours!

Asynchronous video interviews are one of the best ways to assess a candidate’s critical skills early in the process. Especially when compared to phone interviews, async interviews allow you to test candidates’ communication skills – both verbal and non-verbal cues, such as body language, facial expressions, or voice control. When hiring for customer-facing roles – customer success, sales, or events management – these skills are at the core of what makes people successful at their jobs.

A candidate’s video response goes into a single system where you and your colleagues can collaborate on their assessment. Gone are the days of relaying the phone interview to others, as you and the team can work together on assessing video interview submissions.

As a hiring manager, you can review video answers at your convenience and provide feedback asynchronously. And if another stakeholder enters the recruitment process later, they’ll have a full picture of the shortlisted candidate.

If you’re concerned about fair hiring practices within your organization, asynchronous interviews are a great way to deliver consistency. Every candidate gets exactly the same interview questions, providing the perfect environment to directly compare performance and eliminate unconscious bias. Async video interviewing is considered a form of a structured interview, helping your hiring team make better-informed hiring decisions.

The benefits of asynchronous video interviewing for Candidates

Async interviews allow candidates to submit their answers at a time and date which suits them. That means no more awkward excuses at work or feeling under pressure to complete interviews around their workload. Plus, with the option to practice questions and re-record answers, asynchronous interviews give candidates a chance to put their best foot forward!

Video interviews provide candidates with a fantastic opportunity to stand out and showcase what makes them special early on in the recruitment process. Especially for customer-facing roles, it’s hard to show off personality on paper. But with a video, candidates can ditch the boring resume and let their personality and soft skill set shine through!

Better insight into the company

Especially with companies who record a short video intro, pre-recorded video interviews give candidates an insight into the company they’re applying to. And any company that cares about its employer branding will put the effort in creating a more comfortable environment for the candidate.

Watching a pre-recorded message from a hiring manager or a recruiter can help candidates feel more relaxed and connect with the company to decide if it’s a good cultural and organizational fit.

Here at Toggl Hire, we’re focused on giving every hiring team the right tools to assess job seekers swiftly and fairly. While skills assessments work for one hiring manager, they’re not enough for another.

Job interviews can still dominate the hiring manager’s agenda and eat up a lot of time. So Video Intros is our way of automating the initial screening process without losing the human touch.

Video Intros deliver an amazing asynchronous interview experience for both recruiters and candidates:

Here’s how it all works in practice!

How Do Video Intros Work? – Setting Up

It all starts inside the Toggl Hire dashboard for hiring professionals. Simply head over to the ‘Video Test’ tab and turn on the Video Testing feature to get started.

Once activated, record your own introduction. Within the ‘General’ sub-tab, you record your introduction video, telling candidates all about you, your company, and the role they’re applying for.

That’s your starring role complete! Now it’s time to configure the questions for the candidates. Choose your questions from our question library, or create a bespoke question for your role. You can set up to three questions and time limits to keep answers concise.

Time to add the sprinkles! With Toggl Hire, you can get your brand across by designing unique landing pages and end screens for your unique introduction.

Now that your Video Intros are all set up, it’s time to let candidates join the party. The great news is that it’s super easy to do straight from your Toggl Hire dashboard. Simply find the right candidates and invite them to take the video test.

How Do Video Intros Work? – The Candidate Experience

Once candidates receive the Video Intros invite, they will be taken straight to your beautifully designed Video Intro landing page.

It’s easy for them to get started by watching your welcome message.

Now it’s time for your candidates to move onto the business part of the Video Intro, recording their answers! Using their device’s camera and microphone, candidates record answers to your questions, with the ability to practice and re-record until they’ve nailed the perfect response.

Once candidates are ready, they can submit their Video Intro responses back to you, ready for you and your team to review.

With your responses back in, it’s time to complete the process and review each candidate’s Video Intro. You’ll see all your candidate’s submissions and be able to provide instant feedback directly from the Toggl Hire dashboard.

If you’ve been scratching your head wondering what an asynchronous video interview is, don’t worry, you’re not alone.

With the rise of technology in hiring, asynchronous interviews allow recruiters and candidates to interview on their own terms, saving valuable time and money.

If you’re a recruiter who’s new to asynchronous video interviews, we’d recommend trying them out on your next vacancy. Not only do they save you time, but they allow your candidates to showcase their skills in a modern and innovative way.

Of course, we think our Video Intros feature is the bee’s knees. If you’d like to see more about it, you can watch this short video below.

Conducting an Effective Virtual Interview: 10 Tips for the Hiring Manager

Everything You Need to Know About Pre-Recorded Video Interviews

Juste loves investigating through writing. A copywriter by trade, she spent the last ten years in startups, telling stories and building marketing teams. She works at Toggl Hire and writes about how businesses can recruit really great people. 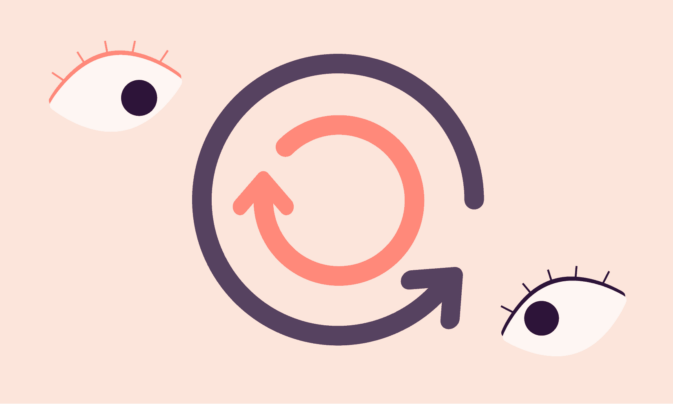 Hold On, What The Heck Are Asynchronous Interviews? 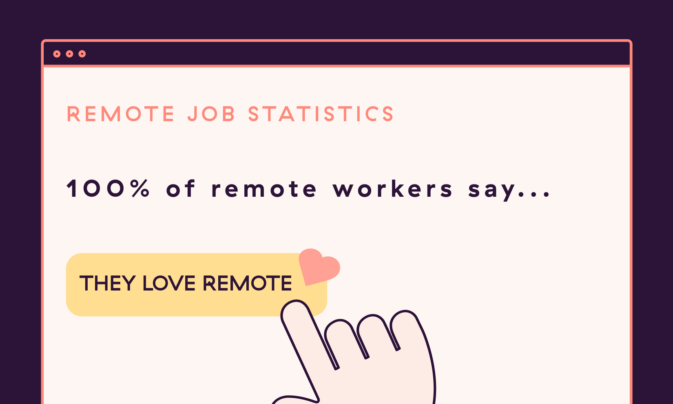 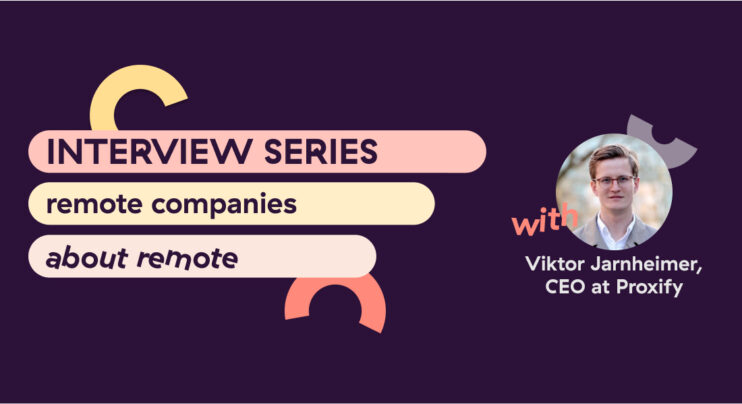 The business of running a distributed business: Viktor Jarnheimer of Proxify