There always seems to be (at least) one person in every office who’s more interested in goofing off than actually doing what they were hired to do. It’s like an art form to them and they’re really good at it.

You’d almost be impressed if it didn’t mean you were forced to work overtime and constantly cover for your lazy coworker. What do you do in situations like this? How can you tactfully address the problem? That’s what we’ll discuss in this post.

You’ll learn when to address these types of situations and our five-step system for doing so effectively. We’ll also included a few bonus tips and a specific strategy to successfully motivate even the laziest of colleagues.

Does the Situation Need to be Addressed?

Before we dive into how to deal with lazy coworkers, we first need to decide whether you should actually deal with them. It may drive you crazy knowing you work twice as hard as they do. It’s not fair that you go above and beyond and they just skate through work.

But the truth is, if their lackadaisical behavior doesn’t directly affect you, it’s probably not a problem you should address.

Ask yourself, “does their laziness prohibit me from doing my job effectively?” and, “am I constantly forced to work harder and cover for their poor performance?” Also, “are the habits of my lazy coworkers reflecting badly on me?”

If the answer to any of these questions is “yes,” by all means, address the situation. But if their behavior doesn’t directly affect you and your ability to produce quality work, we don’t recommend you embroil yourself in this kind of office conflict.

The one exception to this general guideline is if their behavior is dramatically hurting the company. In this case, you’d be obligated to step in.

How to deal with lazy coworkers

You’ve honestly assessed the situation and decided that the behavior of your lazy coworkers must be addressed. Their performance directly affects you and something needs to be done. The following five-step process will enable you to deal with the issue in an appropriate manner.

Do not approach management right away. Instead, follow business etiquette rules and have an honest conversation with your offending colleague. Let them know that their work habits are affecting you and you’re not able to do your job properly.

Also, do not approach them when you’re angry. You need to state your case in a straightforward, matter of fact way. If you begin the conversation with a short fuse, you’re likely to lose your temper and escalate the issue rather than remedy it.

We recommend you be tactful in the way you broach the matter with lazy coworkers. Rather than judging their work performance, or worse, their character, simply state how their work, left incomplete, directly affects you.

While rare, sometimes the simple act of making your grievances known will be enough to resolve the issue moving forward.

2. Put yourself in their shoes

As you have an open and honest discussion with lazy coworkers, do your best to put yourself in their shoes. You don’t know what’s going on in their head; what’s happening behind the scenes.

For example, they could be dealing with personal issues, such as the loss of a loved one or a divorce. Perhaps they are a single parent and what you perceive as laziness is really them being stretched too thin between the demands of work and home.

It’s possible that your colleague isn’t trying to shirk his duties, and he’s just in over his head, overwhelmed and burned out.

While each of these issues must still be addressed, it’s helpful to know whether your lazy coworker’s approach is intentional or unintentional, due to extenuating circumstances. So do your best to be fair and approach the situation from their point of view as well as your own.

3. Seek counsel from others

After confronting a lazy coworker, take time to seek the counsel of others regarding next steps. Do your other colleagues feel the same way you do? Is their work affected as well?

This isn’t about taking time to gossip. Words spoken behind someone’s back have a way of resurfacing, often causing even more problems. Rather, make sure it’s about whether you see the situation accurately. Ascertain that you’re not alone in your feelings.

If possible, seek the advice of mentors, especially those who have been through similar circumstances in the past. Their insight will be invaluable to you and allow you to handle lazy coworkers in a professional manner.

You need to realize that lodging workplace complaints, even when completely necessary and justifiable, may negatively affect your relationships with colleagues. That’s not a reason to let issues fester, but a warning to proceed with caution and seek guidance if it’s available.

4. Talk to your superiors

The next step is to speak with your superior and make your grievances known to him or her.

Remember, your boss doesn’t want to deal with workplace issues any more than you do. If you don’t broach the matter strategically, you run the risk of looking petty. Not only will this hurt your reputation, it will also give your superior less of an incentive to resolve the problem.

So be professional when you speak with your boss. Let them know that you’ve attempted to handle the matter privately, to no avail. Then show management how your lazy coworkers are hurting the company. Take a birds-eye view approach and don’t make your complaint about your personal discomfort, but the success of the company in general.

It’s to management’s benefit that laziness in the workplace is addressed. Ultimately, they’re the ones who will be judged for the poor performance of their team. If you lead your complaint with managerial benefits, they’ll be much more likely to deal with lazy coworkers.

Finally, it would behoove you to document the entire process. You need to be able to back up the claims you make against lazy coworkers with actual proof and evidence. But this isn’t a covert spy mission and you’re not James Bond. Don’t go snooping!

Simply catalog what you notice and how the actions of others have affected your ability to work and the company as a whole. It might also be helpful to use a time tracker like Toggl Track to log how certain tasks or projects might take longer when the problematic coworker is involved, for example.

We also recommend you document your attempts to remedy the situation, such as records of yourself addressing your colleagues.

That’s it, a five-step process to dealing with lazy coworkers in a professional manner. But we’re not quite done yet! We have a few more tips for you:

It may be difficult to do–especially if your superiors don’t take your complaints seriously–but never allow yourself to be influenced by lazy coworkers. Just because they’re goofing off doesn’t mean you should too.

Instead, realize that lazy work affects your reputation. It also lead to bad habits, both at the office and in life. So always give your best effort. It will pay off in the long run, guaranteed.

You may be tempted to ignore lazy behavior rather than address it. Many people mistakenly believe that this is the easier option. But continually covering for lazy coworkers or even taking blame for their mistakes only enables them to keep being lazy.

Simple phrases like, “Sorry, I’m slammed with my own work and need to meet these deadlines,” or, “I’d love to help, but I just don’t have the bandwidth right now,” are non-confrontational ways to ensure you’re not overworked or enabling lazy coworkers.

Also, there’s a difference between occasionally helping or covering for a colleague and doing their job for them. Be a good employee and help out others–within reason. But don’t enable their lazy habits.

It can be very frustrating to know you’re working hard and they aren’t. It’s even more frustrating when their laziness puts you in a poor position– either because your workload gets bigger, or because you look bad because they aren’t performing adequately.

But, ultimately, you control your own attitude. Don’t let them bring you down with them. Rise above and be professional. Choose happiness.

Remember that even if your coworker is never dealt with by management, he or she is building a poor reputation, while you (hopefully!) are building a respectable one. That’s something you can use to accelerate your career– with your current company or at a brand new one–in the future.

A strategy to motivate lazy coworkers

Maybe your boss is just as lazy as your coworker and hasn’t addressed the issue, though you’ve brought it to their attention in a professional manner. Maybe you simply want to take some initiative and resolve the problem yourself, if possible.

Either way, you’ve decided to try and motivate your lazy coworker to do their job. But how?

You’re not the boss, so simply telling coworkers to “put in more effort” isn’t likely to work. You need a plan, a strong strategy to motivate your shiftless colleagues and improve their performance.

Fortunately, New York Times bestselling author Gretchen Rubin has identified four different personality types and how they respond to authority. You can use her findings to effectively motivate your lazy coworkers and resolve issues before they escalate too far.

According to Rubin, the four personality types are:

This personality type is motivated by fulfillment. Outer and inner expectations are equally important to them and they view the world with a “what’s on my schedule today?” mentality. To motivate an upholder, simply remind them of internal and external expectations.

Those with the questioner personality type are very much internally motivated. They question the validity of every task and will only complete them if they make sense. To motivate this personality type, appeal to their sense of reason.

The obliger is only motivated by external forces. When someone asks something of them, they’ll get it done. But they have a very hard time self-motivating. To motivate an obliger, simply make known the task and ask them, point blank, to accomplish it.

The rebel personality type resists all expectation, internal and external alike. They’re motivated by present desires and what they want to do, not what they’re told to do. To motivate a rebel, try making assignments a challenge, “Bob said we couldn’t finish this project by the end of the week, think we can?”

When you understand the personalities of your lazy coworkers–whether they’re more inspired by achievement or expectation, or both–you can devise a more effective motivation plan. You may even be able to inspire them to the point where their natural laziness ceases to be an issue!

Dealing with lazy coworkers is never fun, but it may be necessary. Use the five-step process outlined in this post to handle yourself professionally in a difficult situation.

Remember, it may be possible to motivate lazy coworkers by discovering their personality types. For those with initiative, this may be a preferable route to simply making your complaints known to upper management.

However you decide to deal with lazy coworkers, remember to maintain a sense of professionalism. You can’t control how your colleagues act, but you can decide to be respectful and not let their actions affect your own work habits and mood.

How to Master Rockefeller Habits to Scale Your Business

Back in 2002, successful businessman Verne Harnish wrote a book he titled “Mastering the Rockefeller Habits.” The book highlighted specific practices that a business could follow to strengthen company culture and improve their bottom line. Its main premise is that these changes come through routine choices both leaders and employees make each and every day. 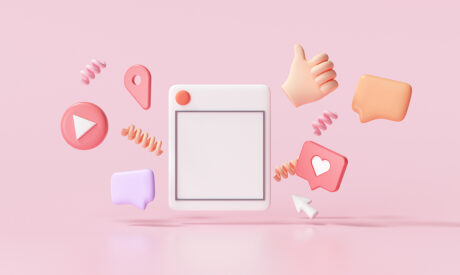 How To Create Transparency in the Workplace

Workplace transparency has become increasingly valued both by employers and employees. There are now rankings of companies that actively and purposefully make transparency part of their mission and vision.