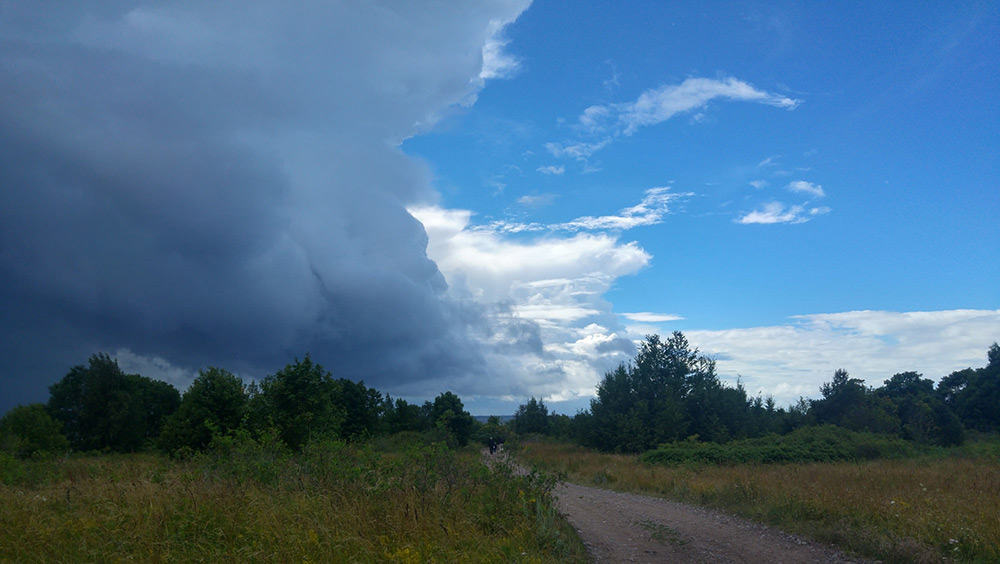 It has been exactly four years since I joined the truly awesome team at Toggl. Coincidentally, that was also the time when Toggl switched from a traditional office to remote working. My gut feeling and our team satisfaction surveys tell me we’ve been successful in building a world-class remote team culture. However, I feel that it’s good to look back and reflect on some failures too. After all, failure is a success if we learn from it, as Michael Forbes has said.

Our team has grown from 20 to 90 people over the past years and I have worked to build and sustain the company culture, improve leadership quality and team-building efforts. We are light years ahead of where we were four years ago. Remote work is now part of our DNA as a team.

Still, looking back, I clearly see some failures and lessons learned. I am not talking about the sort of blunders or errors that everyone inevitably makes once in a while. But rather about the more substantial miscalculations that have potentially slowed down progress.

I consider these my three biggest failures in remote team management so far:

1. Not working remote myself

The first remote team member from Spain joined the exclusively Estonian Toggl team two weeks after my first day. It took another 15 months for remote hires to outnumber Estonian employees in the company. During that period I mostly still worked out of our office in Tallinn. It was partly because I was responsible for managing the office space and partly because it was nice to see people face-to-face.

Sometime after passing that headcount milestone I went on a longer trip to the United States, where I worked remotely. It was eyeopening to see how isolated I felt working in a time zone different from most of my team. Waking up eight hours after people in Europe meant having a ton of discussions to read up on in the mornings. Sometimes decisions were made while I was asleep. Other times I missed fun chit-chat talks and felt awkward picking up on jokes from hours ago. I realized how such limited connection with their team can make someone feel left out or lonely. Isolation is only one step away from disengagement.

I started working from home more often after the trip. This has helped me understand how to level the playing field between office and remote staff. Nowadays I hardly ever go to the office. The same is true for most of our team living in Tallinn. In fact, we could give up the office altogether and our work would not suffer one bit.

Lesson learned: As an HR manager you have to walk in the shoes of your team members and immerse yourself into their working environment. You should do this early and often. Think of it as participant observation. In fact, anyone working in a partially distributed team should spend some time out of the office to understand their colleagues better.

2. Not documenting processes and policies

In a small office-based company it is easy to know how the team operates and what the agreed policies are. If you do not know something, you can always talk to your colleagues and ask a question. In a remote team, it is much more difficult and at times impossible to get an overview of such tribal knowledge. 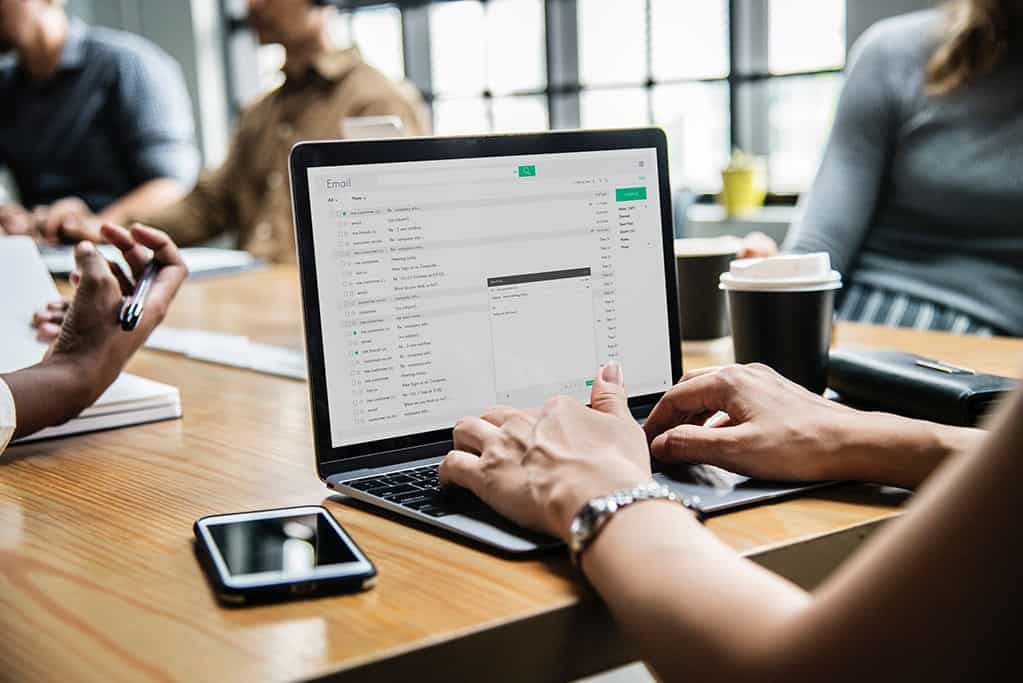 As we transitioned from a co-located company to fully remote, it became apparent that new hires had a hard time grasping how the company works. While I did create a team handbook document which covered basic HR topics at the beginning, it took a long time to realize how many questions people had that were left unanswered.

In our early remote days, I did not foresee how poor information flow would slow down our work especially as the team grew. I now understand that when things are not documented you will waste a lot of time looking for and giving answers to the same questions over and over again. Not to mention that if a key person with a lot of knowledge leaves, you’ll have no backup copy.

I have written about the importance of writing for better communication before. Lack of clarity and transparency will surely cause misunderstandings. This also applies to documenting both the team’s overall goals as well as team member’s individual goals. This ensures that everyone is on the same page about progress.

Lesson learned: There should be a single source of truth for information that concerns everyone. Document as many processes and policies as possible in clear and concise language. It’s important the information is presented in a user-friendly way (think of your team members as customers of the documentation).

Going remote was a new experience for absolutely everyone on the Toggl team four years ago. We weren’t sure how things should be done and, therefore, put a lot of energy into figuring out how to keep focus and maximize productivity when working from home offices. We needed to re-wire our brains and let go of the age-old habit of nine-to-five jobs.

At the time there was not much information about remote work but we did find some inspiring examples. For instance, we gave all team members copies of the books ‘Remote: Office Not Required’ by Jason Fried and David Heinemeier Hansson (DHH) and ‘The Year Without Pants’ by Scott Berkun. These stories from 37signals and WordPress gave us confidence that we were not crazy in our thinking that an office is not imperative to awesome work.

However, looking back, I understand that we probably put too much effort into figuring out working remotely and not enough into managing remotely. The keys to successful management at any company, but especially a distributed one, are good leadership practices and effective feedback loops. Nearly every person can be disciplined to work from home or a co-working space when they have clearly defined goals and meaningful feedback from their manager.

Management is more difficult in remote teams because communication is limited to virtual channels on most days. For one thing it is harder to read people’s mood and feelings over a Slack chat, which makes things more challenging on a human interaction level. In addition, it takes extra effort to keep track of everyone’s goals and progress without wasting time on micromanagement and check-ups.

Soon after we started forming teams in Toggl, we began the tradition of all team leads having regular one-on-one chats with their team members. We experimented on our own to find the best method for this (and it turned out quite OK) but looking back I could have invited coaching trainers or handed out books on this subject too. I have now tried that and found that having an outside perspective is refreshing. It’s not possible to become a good leader based on textbook knowledge alone, but systematic learning will help managers excel faster.

What more, all our team leads are specialists turned into leaders — myself included. In that situation it is easy to get stuck in your functional comfort zone and not move from a tactical to a strategic mind-set. This and other challenges associated with role switches have been well described by the leadership-transition expert Michael D. Watkins in his HBR article ‘How Managers Become Leaders’.

It would be grossly unfair to say that Toggl’s team leads have not adjusted well to their new roles, but there is no doubt in my mind that I could have designed a stronger support framework for new leaders. I am now organizing more trainings and writing up a team lead guidebook for existing and new managers. It is still work in progress, but it is as clear as day that all leaders need a support system from day one.

Lesson learned: In a remote team, the number one priority should be on building a strong management culture. Professional leaders will set appropriate goals, support their team members and inspire the team to do their best work wherever they may be located.

To sum it up, I am really proud of the strong culture the we have built at Toggl. Remote work is part of our DNA as a team and everyone enjoys the freedom and autonomy that comes with this way of working. Great people will make awesome stuff wherever they are. However, if I could do everything over with the knowledge I have today, I would put the focus on systematically building the best possible leadership culture. I would immerse myself into the fully remote working environment from the start and make sure that limited access to information is not an obstacle for the team to run smoothly.

Thanks for reading! If you have any failures I could learn from, I would appreciate if you left a comment below.

This article was initially published on Evelin’s blog. You can find more of her writing about the world of remote work here.

Evelin is the HR Manager at Toggl spending her days herding cats and developing a supportive company culture that enables people to do their best work.

The Ideal Manager: Best Attributes to Strive For 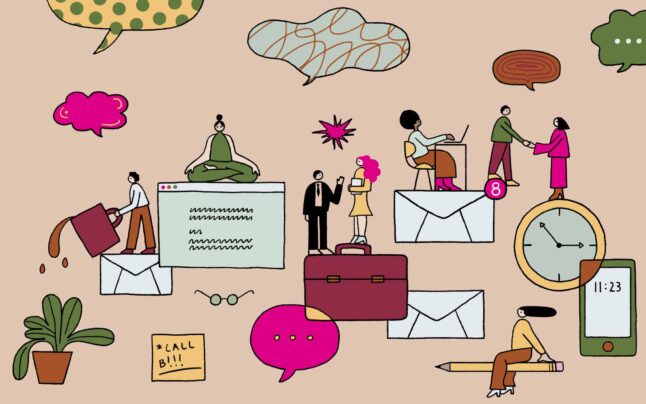 The Art of Giving Feedback: 10 Tips for Busy Managers