​ ​ I Spent a Year Trying to Get Rejected. Here's What I Learned. ​ ​ ​ ​
Download The App
Written by Adrienne Katz Kennedy

Why try to get rejected?

It all started when I heard stand-up comedian Emily Winter on the podcast Work Life with Adam Grant. Winter wanted to break into comedy writing and had challenged herself to get rejected 100 times in the course of a year. I decided to follow suit, at least until I had a better plan.

I created a spreadsheet called Top Rejections 2019 and began my journey towards rejection. I logged each pitch, along with the publication, title, and editor’s information into my spreadsheet along the way. I automatically assumed that each new one I sent belonged in the rejected category, rather than waiting for a confirmation from the editor.

The idea of rejection had once stung to the point where it almost derailed me from pursuing my career. As a relatively new freelance writer, at one point rejections were often followed by an overwhelming sense of self-doubt, anxious and rapid-fire negative self-talk.

This was often followed by desperate grasps for any opportunity or feeling of productivity, no matter their importance or even relevance to my work or goals. All that then left me feeling drained and out of time to develop real depth of thought for the next project or pitch I was actually interested in, resulting in further rejections.

I had gotten myself into an unsustainable loop, and I knew if I wanted to continue down this career path, I would have to do something to change it.

As I soon learned, oftentimes rejection comes in the form of silence. I had to learn to accept the lack of control I had over the outcome of my pitch. But at the same time, I also didn’t want to feel helpless and stuck, spending my time waiting around for someone else to make a decision.

I had decided to go into freelance writing in the first place partly to have a sense of control over my own work. By assuming each pitch automatically went into the “no” pile I was able to progress on my own terms. Of course I still wanted the “yes.” But by tracking each pitch I was able to see progress no matter the outcome.

Pitch-by-pitch, the process of multiple rejections began to shift my perspective.

During the year of rejections I threw myself into ideas and outlets that frankly felt like a stretch, some surprisingly wonderful, others that in the end weren’t really worth the effort.

I probably wouldn’t have been so bold ordinarily, were it not my goal: to get rejected. I began to take rejection less seriously. I knew I was allowed to try again, and each time I did, I got to add it to my precious spreadsheet: a sign of progress.

I became invested in improving the pitch, the writing, and the process rather than spending that energy wringing my hands over the outcome.

My first commission, a personal essay, came in June, two months and seventeen rejections into my freelance career. My second, a reported story from my hometown of Cleveland came later over the summer. Slowly the commissions began to trickle in.

My latest acceptance, a career milestone, was based upon a collection of work I had been building, developing and chipping away at for the previous two years. Various versions of the work had already acquired at least ten rejections.

Had it not been for my newly-acquired resilience, I’m not sure if I would have had the guts to continue, especially after first being challenged by the same editor that later accepted it. Admittedly, that “yes” actually brought me to tears. A sense of accomplishment mixed with relief washed over me. Someone else had finally seen the value in the work I loved so much.

Nothing about this process felt easy. But there was incremental progress, because I worked with a process that allowed me to see it.

Perfectionism is something so many women spend their lives feeling pressured or programmed to strive for, as explored through work such as Katty Kay and Claire Shipman’s book The Confidence Code and research from GirlGuidingUK.

As a recovering perfectionist, this year of trying to get rejected was the ultimate test. It was a means of  unlearning beliefs, and of disconnecting the link between perfection and self worth.

By embracing this process I also, in a way, moved up to the next level of rejection, a concept that I frankly wasn’t aware even existed. I was able to notice that I was getting better rejections. Rather than the silence or flat “I’ll pass” I received at the beginning of my journey (though I still receive a lot of those too) I’d also begun receiving positive feedback, even if it came with a rejection.

I encountered editors who, though passing on the pitch itself, had found merit in its concept, and had taken the time to tell me so. There were editors who encouraged me to pitch to them again. Some even suggested other places to pitch, where the article might sit well.

I am beginning to see these editors as colleagues, bound by shared ideas and perspectives (even those who rejected me!) rather than through the convenience of a shared location or workplace. These meaningful connections have been a surprising byproduct of my willingness to make mistakes and take risks. It has done wonders to buoy my trust in this process, unveiling benefits I hadn’t even considered when starting.

After the 100th rejection

I recently celebrated reaching my 100th rejection, albeit slightly later than I had originally planned, having passed the one-year mark by two months. I practically limped over the finish line, as I’d also unexpectedly ended up becoming a homeschool teacher to my two daughters. I’d gotten up up at 5:30 a.m. for months on end in order to reach 100 rejections.

I still have some works in progress that I believe deserve good homes. But I’m able to accept that this might not be right away. After spending a year (and two months!) trying to get rejected 100 times, I have developed resilience, determination and a healthy sense of self-worth outside of success (or failure) along the way. “Failing doesn’t make you a failure,” to quote Emily Winter.

I know I haven’t failed, I’ve just found 100 ways that don’t work yet. 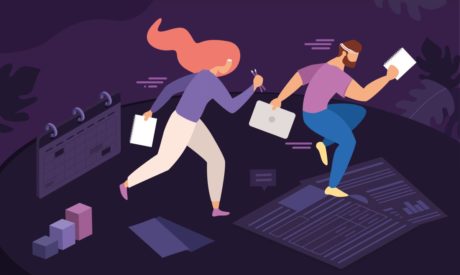 5 Effective Tips To Meet Deadlines & Get Work Done On Time 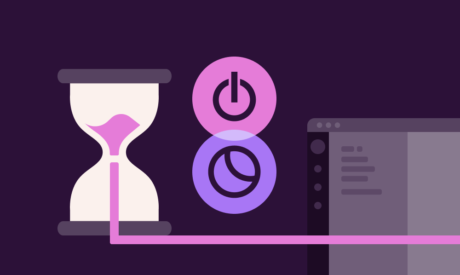 Introducing the Plan and Track Integration!

This new integration provides an easy way to start and stop timing your tasks from within Toggl Plan, and automatically pass the data through to your Toggl Track workspace. 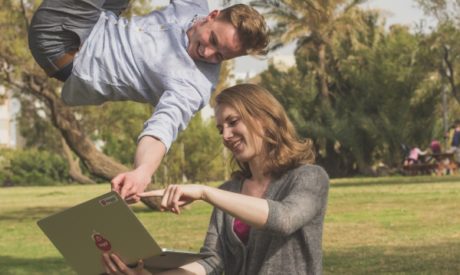 5 Tips on Surviving Work During Summer

At Toggl, we know it’s summer when our office suddenly has more floors than people.