“Can I give you some feedback?”

At one time, I used to absolutely hate that question. Why? Because I worked for a boss who really meant, “Do you have time for me to tell you what you did wrong?”

For him, giving feedback meant criticism. When new employees would complain that he never commented on their work, office veterans would joke, “Good! It means you’re doing everything right.” If you think I’m exaggerating, know that whenever we’d see his car pull into the parking lot, someone would sigh, “The Death Star has landed.”

Contrary to what this boss thought, feedback and criticism are not the same things. In my opinion, the latter is useless because it doesn’t motivate you to change your behavior in any positive way. Instead, you perceive it as an attack, and your gut reaction is to defend yourself.

In a job context, feedback is the process of delivering information about a person’s performance, with the goal of encouraging what they do well and improving areas where they fall short of expectations. It helps them get better at what they do, which makes them more engaged. Happier employees deliver better service to customers, which makes the business more profitable.

Why Giving Feedback Is Important

There are two types of feedback: positive and constructive, which is sometimes called ‘negative.’ With the former, you praise someone for doing well at their job. The latter is intended to address performance issues, but that doesn’t make it a bad thing. No one is perfect. The people you manage will make mistakes at some point, and giving constructive feedback is the clearest and most efficient way to help them change.

When delivered properly, honest feedback can provide benefits like the following:

Why Giving Feedback Is Difficult

Giving constructive feedback is, for many of us, something to be endured. We tend to worry about the employee’s reaction. Will they become angry, cry, or tell us that we’re all wrong? It gets even worse when the issue involves their attitude. How do we tell someone that they’re making co-workers or customers uncomfortable without risking backlash?

With thoughts like these running through your head, it’s easy to opt for silence instead and hope that the person will shape up on their own. Unfortunately, I’ve seen people lose their jobs because their manager was too timid to address their shortcomings, and it’s not fair.

All managers, no matter how busy, should manage their feedback process in a way that helps employees improve and supports business growth. This blog offers 10 tips that can get you on track.

When giving feedback to employees, never approach the situation from a position of anger. No matter how frustrated you are, the goal is improvement, not discipline.

I wish I could clone my last boss. He never scolded, much less raised his voice, and ended each constructive feedback session with a reminder that he had faith in me and knew I could do better. For added inspiration, he would recall times when I went above and beyond. While I didn’t feel great about a less than stellar performance, I also knew that I was still valued. That made a huge difference.

Never make constructive criticism a spectator sport. I’ve seen managers do that and it mortifies me, even when I’m not on the receiving end. Instead, find somewhere private, like an empty boardroom or your office (with the door shut).

I would even suggest that you make positive feedback a private matter if your employee has a modest and quieter personality. Some people are shy and don’t like being the center of attention, even if it’s for a good reason.

3. Focus on the Issue- Not the Person

While I was going to university, I worked for a coffee shop franchise. At first. I really enjoyed the job, but then they brought in a district manager who knew nothing about coffee or, as it turned out, people.

I got along with her, but I always suspected that it was because her boss and I were on good terms. (I’m sure that having an uncle who was an employment law attorney also helped!) No one else was spared. Instead of addressing actions, she made personal attacks, calling one manager “immature” and another “a waste of her time.” When both managers went on stress leave, the company rethought its decision and assigned her to a head office position instead.

Address the behavior, not the person. Constructive feedback is meant to build them up, not tear them down. Saying something like “When you pack the orders too slowly, Darlene has to wait longer to call FedEx” is a better way to deliver feedback than “You’re too slow, and Darlene hates it.”

4. Be Specific About What Needs to Change

General comments like, “You need to do better with your weekly reports” or “Your phone manners need improvement” are, in my opinion, useless. Your employee will be confused over what aspect of their work is not meeting expectations. Better negative feedback examples might be:

Don’t wait until the employee’s annual performance review to provide any kind of feedback, positive or negative. Adults learn better when the response is more immediate. If you wait for weeks to tell an employee that their performance needs improvement, it’s more difficult for them to change direction.

Discussing problems when they occur can prevent them from happening again. Waiting until review time will force you to discuss a host of issues that could have been avoided, and the employee will be left blindsided and discouraged.

Judgment should never be passed off as feedback. This tip ties in closely with the one about focusing on the performance and not the person. I’ve seen too many managers use ‘constructive feedback’ sessions as a cover for them to be critical and judgmental. Feedback needs to come from a neutral perspective or it’s a personal attack.

The coffee company district manager used judgments all the time. “You’re just too slow- you’re never going to master those new recipes,” she told one manager. Today, she could probably be reported to the Department of Labor, but this was the Nineties, so the manager just quit.

In his book You’ve Got To Be Believed To Be Heard, Bert Decker recommended that all feedback meetings include three positive feedback examples and three areas where the employees need to improve. He reasoned that when managers focus on three strengths and three areas of development, the feedback session is more balanced. Limiting the number of points covered will also more them easier for the employee to remember.

In my experience, the best feedback sessions are two-way conversations. As you speak, make an effort to engage the employee and confirm their understanding. You should also give them the opportunity to respond and ask questions or provide feedback of their own. Perhaps they feel that they need additional training but were too shy to speak up until now.

Feedback should instill a sense of partnership on both sides. Yes, they need to improve, but you are genuinely interested in and supportive of their improvement.

9. End on a Positive Note

The goal of constructive criticism should always be inspiring an employee to improve. If your closing comments summarize past mistakes, they’re more likely to feel defeated. Reserve all concerns for the beginning of the conversation and end the discussion with words of encouragement instead.

Don’t be that manager who only speaks up when their employees do something wrong. Like I said at the beginning, I worked for one of those, and former colleagues whom I’ve kept in touch with have joked that we should form a support group for survivors of this individual. Acknowledge good work with the same readiness that you address performance concerns. That way, you’ll establish the trust and credibility needed for any negative feedback to be taken in the right context.

Constructive feedback is not easy to give or take, but if you do it respectfully and with the best of intentions, it can improve the quality of their work, provide them with greater job satisfaction, and even provide them with skills they can use as they progress in their career. 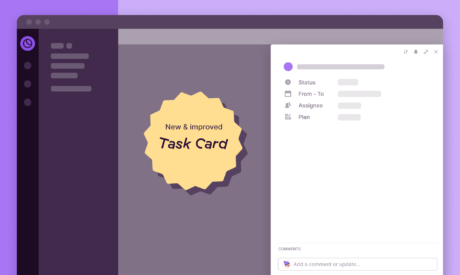 Our Task card has become very busy over the years, so we decided to simplify it. We are very excited to finally share the new Task card with you this week.

TED talks are wisdom gold nuggets distilled into a maximum 20-minute talk. Some are funny, some are informative, others are downright inspirational. The thing is – there’s always something you can learn from a TED talk. That applies if you’re a project manager, too. While there are playlists on time management, work and other relevant 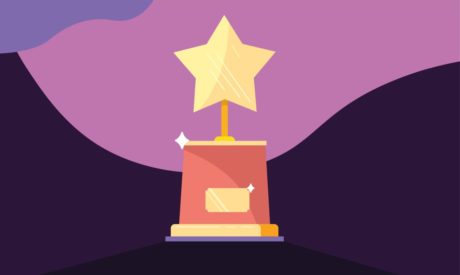