Wondering how to calm down at work when pressures are high? Well, we’ll be the first to admit that it can be easier said than done.

But, here’s the thing: It’s important that you manage to stay cool, calm, and collected in the office, even when certain circumstances are testing your patience.

Conflicts at work are commonplace (some studies indicate that 42% of employee time is spent engaging in or trying to resolve conflicts), and you need to know how to handle those professionally and with a certain level of tact—particularly if you don’t want your reputation to take a nosedive.

Even further, allowing your work-related stress to get the better of you can have dire consequences for your health and wellbeing.

According to The Mayo Clinic, stress symptoms impact your body, your mood, and your behavior. From headaches to a lack of focus to unpredictable and angry outbursts, stress can have all sorts of not-so-pleasant impacts on your life both inside and outside of the office.

So, what can you do?

How can you calm yourself down at work when the stress just keeps piling up?

We’ve pulled together five different strategies you can start implementing right away.

You and your colleague are in a disagreement, and things are getting heated. She believes you need to change the entire order of the report you just spent days working on, while you’re insistent that it’s fine the way it is.

The conversation is no longer productive—you’re both talking over each other and you can feel the tension in the room getting heavier and heavier.

What do you do?

Continue to engage in that totally fruitless conversation—despite the fact that it’s only raising your blood pressure?

Your best bet in these types of scenarios is to walk away and give yourself a break—particularly before you’re able to say something that you’ll end up regretting.

When it gets to the point where emotions are high and you and the person you work with are no longer able to have a productive conversation, continuing to battle it out will only end in resentment and hurt feelings.

If you’re angry or upset—or your colleague is—it’s not a good time to engage,

-says Jeanne Brett in an article for Harvard Business Review,-

It won’t help if either of you is yelling or pounding the table.

There’s lots of research (see here and here) that shows that our emotional and rational minds work in parallel—when our emotional mind is on top, rationality goes out the window,

In these cases, instead of productively discussing the issue at hand, we end up in a negative emotional spiral, where both sides escalate the conflict, say hurtful things or even make threats, and aren’t able to disengage.

So, while it might seem juvenile or abrupt, remove yourself from that situation until you and your co-worker are both able to collect yourselves and return to that discussion with a fresh perspective.

During that break from the disagreement? That’s a great time to put a few of these other strategies into action.

2. Focus on Your Breathing

You’ve walked away from that tense situation at work, but your hands are still balled up into fists, your jaw is still clenched, and you’re having a hard time bringing your stress, anxiety, or anger down a few notches.

It’s time to sit down and focus on doing a few deep inhales and exhales.

We know—it sounds like totally cliché advice. But, trust us, it’s completely effective. The studies are there to back that claim up.

In a paper published by Science and then reported on in an article for TIME, a group of researchers led by Mark Krasnow, a Stanford University biochemistry professor, discovered that in mice, a group of nerves in the brain that regulates breathing is also directly tied to the arousal center of the brain.

So, in short, your breathing has a pretty direct impact on the activity level of your own brain.

When you’re feeling particularly stressed or worked up, sit down and place all of your attention on doing some deep breathing exercises.

Breathe deep into your diaphragm for five seconds, and then release that breath for another five seconds. You’ll feel less anxious and less bent out of shape in no time.

3. Do Something You Enjoy

When you’re stuck in a stressful situation in the office, it’s easy to spiral into negativity. However, that’s only going to exacerbate that situation. Your negative outlook will make it that much tougher to eventually have a productive and positive conversation.

Instead, while you’re taking your time out from that period of conflict, give yourself a brief break to do something you enjoy.

Maybe that means listening to your favorite song or flipping through some recent photos of your family on your phone. Perhaps it involves calling a close friend or your partner to check in or even going for a walk outside to get some fresh air.

By doing so, you’re not only removing yourself from your stressor, you’re replacing it with something that actually serves to switch your perspective and alter your mood for the better.

After spending even just a few minutes focused on something that brings you joy and pleasure, some of that stress and anxiety will begin to melt away.

That way, you can return to that conversation when necessary with a more positive outlook—rather than coming back with even more anger and pent-up aggression.

4. Resist the Urge to Vent

Your colleague is driving you up a wall.

What’s one of the first things you want to do in attempts to offload some of that stress?

If you’re like most people, you’ll pull one of your trusted team members aside and debrief him of the situation. You’ll vent about all of your complaints and frustrations, with the assumption that getting all of those thoughts out there will help you feel better.

But, take a minute to think about what happens to you physiologically when you fill your co-worker in.

As you relive that situation, your heart starts racing, you get short of breath, your face gets flushed—and, before you know it, you’re even more worked up than when you started.

One study published by the European Journal of Work and Organizational Psychology concludes that verbalizing your anger (AKA ranting and raving to that unsuspecting friend or colleague of yours) doesn’t lessen your anger—in fact, it only makes it worse.

First, complaining simply keeps negative events in our minds for longer. It’s hard to forget about an annoyance while you’re bitching about it,

-says Jessica Stillman in her article for Inc. that reported on the study.

Second, bad energy is catching. You can complain to the wrong person, dragging an innocent into a negative situation or sparking office drama,

But even if you direct your venting at fellow sufferers, they’re likely to feel worse too after hearing your moaning,

In short, not only does complaining tend to make you feel worse about the situation, it can actually objectively make the situation worse by spreading suspicion, gloom, and anger.

As tempting as venting might be, remember that it doesn’t actually accomplish anything good for you or the people you work with.

Rather than spending that time rehashing that stressful scenario, focus on some of the other positive coping tactics we’ve already outlined here—such as doing some breathing exercises or spending some time doing something you enjoy.

5. Focus on Solutions, Rather Than Problems

Much like venting, here’s another reaction that’s common when you feel overwhelmed, stressed out, or angry: continuing to go over and over that problem in your head, rehashing things until you finally explode.

By now you’ve established that there’s a problem—whether it has something to do with you personally, involves a disagreement between you and another team member, or is related to something else entirely.

Could you continue to emphasize that issue and talk about it until you’re blue in the face?

Of course—and you’re probably embarrassed to admit that you’ve done that plenty of times in the past.

But, that strategy won’t actually accomplish anything for you. Rather than continuing to focus on the problem, you need to aim the spotlight on potential solutions.

Let’s illustrate the power of this by returning to our original example, where you and a co-worker are in a disagreement about the order of that report that you worked so hard on.

That’s the problem: You can’t agree on the appropriate order of sections and pages for that report.

Now, there are a few potential solutions here:

Your teammate probably isn’t a big fan of the first option, while you’re probably rolling your eyes at the second—neither one of you wants to let go of your opinion completely.

That leaves us with the third solution: working together to strike some sort of happy medium.

That’s great, because it’s an awesome launching point for a more productive conversation.

Instead of continuing to yell over each other about why each of your ways is best, you can now channel that energy into finding something that will appease both of you—at least somewhat.

Knowing that you’re having a constructive discussion where things are actually getting accomplished is a surefire way to keep your own stress and anger at bay. After all, anybody would get frustrated when they feel like the conversation is going nowhere.

Stressful situations are bound to crop up in the office, and it can be tough to keep your cool when pressures are mounting and emotions are high.

Fortunately, you’re in control of how you react to certain situations—and, there are a few strategies you can use to calm down at work. The next time you feel yourself getting worked up, remember to:

Do those things, and you’re much more likely to calm yourself down, resolve conflicts at work, and foster a reputation as a professional who’s cool, calm, and collected—no matter what the ups and downs of office life manage to throw at you.

Are you running out of ideas when it comes to improving employee productivity? Well, you’re not the first manager in this situation, and you won’t be the last. There are so many different types of people in this world. Over 7.5 billion, in fact. Each of them have a different idea of what productivity is 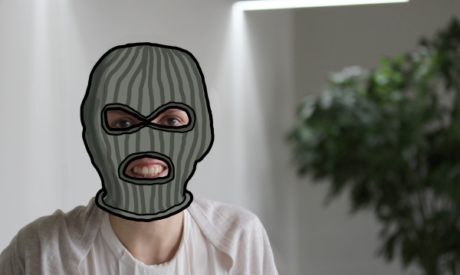 Meet Katya. The name has been changed, because she is guilty of the most heinous crime imaginable – faking her timesheets.

The world is more distracting than ever before. From social media and streaming services like Netflix to video games and silly YouTube videos, our attention is constantly being diverted from our daily tasks. If you’re frequently finding yourself looking at your smartphone or falling behind in your workload, there are numerous productivity apps available to