Imagine that your team has been hard at work on a major project for the past several months. But, despite your best efforts, you came up short—that project failed to meet the original goals that you set. In fact, the harsh truth is that you weren’t even close to hitting those objectives.

You gather your team members together for a retrospective to discuss where things ran off the rails. Now, how does that conversation go?

Perhaps your team immediately starts pointing fingers. They blame other people and departments for not getting them what they need in time. They say that the timeline was way too tight. They complain about the fact that they didn’t have the resources they needed. They were doomed from the start.

Or, maybe your team steps up and has a productive conversation. Each team member takes a turn recognizing the role they played in the project’s downfall. They explain what they learned from the experience and highlight things they’d do differently next time.

Here’s your pop quiz: Which reaction would you prefer? Obviously the second one, right?

That second example represents a team that has a high level of accountability. Have you heard that term before? We aren’t surprised. It’s become a major point of focus for many managers today. So, let’s dig into what accountability is, why it matters, and how you can increase it on your own team.

A straightforward definition of accountability is when a person accepts responsibility for their actions and decisions—without any prompting, pleading, or incentive. Accountability means that a person willingly steps up to recognize their role in different scenarios, as opposed to pointing fingers or passing the buck.

For many people, accountability often inspires visions of negative situations, like times where they’ve made a mistake. They take this term to mean that they need to own that misstep without sweeping it under the rug.

That’s true, but it’s important to note that mistakes aren’t the only situation where accountability applies. This word carries weight in a variety of contexts (both positive and negative!). It’s about understanding what’s expected of you, and taking ownership of how you fulfill (or fail to fulfill) those expectations.

Put simply, accountability is all about accepting responsibility for yourself.

Why Does Accountability Matter?

With that definition in mind, it probably isn’t tough to imagine why accountability in the workplace is important. But, let’s dig into a few benefits of a team that’s highly accountable.

So, why do employees value this characteristic in both their leaders or their colleagues? A large part of it comes back to trust.

Having a team full of people who never accept accountability quickly fosters a toxic culture. When employees don’t feel that their team members will hold themselves liable for their own behaviors and performance, they’re likely to constantly look over their shoulders with concern that one of their team members will throw them under the bus.

But, when everybody answers for their own performance, people feel confident that their team members will support them, rather than sacrifice them for personal gain.

All of those things boost accountability among team members, and ultimately decrease confusion and save precious time. The result is significantly improved performance across your entire team.

3. It Allows for Learning

Your employees are going to have a challenging time developing and improving if they never recognize their starting point. How will they identify ways they can grow and advance if they refuse to acknowledge their own errors and pitfalls?

Experience can be a harsh teacher, but it’s a good one. Fostering a culture of accountability within your team gives all of your employees a chance to recognize how they’re doing—and how they can continue to get better.

Accountability offers a lot of benefits, so why isn’t it more commonplace on teams? Well, there are a few common barriers to accountability that teams will need to overcome.

Research from Gallup found that only about half of employees know what’s expected of them at work. That’s a pretty frightening statistic, isn’t it?

It’s hard (dare we say, impossible?) for employees to hold themselves accountable if they don’t know what’s expected of them in the first place.

While it’s tempting to think that a lack of defined expectations gives your employees increased autonomy and independence, it can actually sabotage their ability to take ownership in their roles.

An AMA survey that was conducted on managers and employees in 500 different U.S. companies found that fear of being held responsible for mistakes or failures was the single biggest obstacle to encouraging people to take greater responsibility at work.

Organizations that have severe consequences or punitive measures for employees who make errors can send their employees’ psychological safety into a nosedive—which means they’ll be far less willing to own their blunders, offer new ideas, or take on unfamiliar challenges.

You’ve probably heard the alarming statistics about the current state of employee engagement. The good news is that it’s on the rise. Recent research from Gallup found that about 34% of the workforce is engaged.

While that number is heading in the right direction, it still means that 66% of your team could be actively disengaged.

Think about it this way: you want to increase accountability, but why would employees want to step up and own their responsibilities if they feel like that’s the only time their voice is heard? They need to feel valued and listened to in other circumstances too, and not just when they’re taking accountability.

Unfortunately, that’s less common than you might think. A whopping 34% of employees worldwide don’t think their companies listen to their ideas for improving the business. That can tank their engagement levels, and make them far less likely to take ownership for their own roles.

5 Tips to Increase Accountability in the Workplace

Accountability on your team is important. But, navigating around those common roadblocks isn’t always easy.

The good news is that there are a few strategies you can put into play to encourage your team to take responsibility for their own positions, decisions, and mistakes.

1. Recognize Your Own Mistakes (and Openly Discuss Them)

It’s one of the golden rules of leadership: You can’t hold your team to a standard that you don’t abide by yourself. That means one of the most straightforward ways to increase accountability on your team is to lead by example and openly hold yourself accountable.

If you make a decision that ends up being misguided, share that with your team and mention what you’ll do differently next time. If you fall short on a goal, talk about what happened and where you think you personally would have improved.

When 63% of employees reportedly don’t trust their leader, being vocal about your wins and your disappointments (and what you learned from them!) will increase transparency, foster greater trust, and show your team the importance of accepting their own responsibility—and that they’ll be appreciated (rather than punished) for doing so.

2. Involve Employees in the Goal-Setting Process

Imagine that somebody told you to train for a marathon. They didn’t provide any background information about why this goal was important or why it was being assigned to you.

How committed would you be to the training process? And, how likely would be to accept responsibility if marathon day didn’t go well? You’d probably shrug it off and say, “Well, I never understood why I was doing that in the first place.”

It’s a seemingly silly example (after all, hopefully nobody is randomly asking you to run a marathon), but it illustrates an important point. Your team can’t very well be held accountable for visions they don’t understand in the first place. Yet, a whopping 95% of employees admit that they don’t understand the company’s strategy.

As the leader, you need to involve your team members in the goal-setting process—for both personal and team-wide objectives—rather than just handing them down from on high. Doing so boosts their engagement and buy-in, but also gives them the necessary context they need to understand why you’re working toward that finish line at all.

Having that understanding of the bigger picture will help them grasp where they fit in, and as a result, take accountability for their pieces of the puzzle.

Remember when we talked about the fact that it’s hard for employees to hold themselves accountable if they don’t understand what’s expected of them?

That’s why it’s important that you make expectations blatantly clear for everybody on your team. There are tons of different ways that you can accomplish this, but here are a few ideas:

Your team will have a much easier time accepting responsibility for themselves when they clearly understand what benchmarks they need to be achieving.

Your employees don’t always shirk accountability just because they’re trying to pass the buck. Sometimes they truly believe that they really aren’t the reason that things didn’t pan out the way they should have.

An accountable team needs to be well supported. That means that all other external requirements should be met. When that’s done, all that’s left is personal accountability.

Does your team have the necessary tools and software to complete this task? Is the timeline actually realistic with their current bandwidth? Do they have access to the expertise and supplemental materials they need?

If those boxes aren’t checked, you’re significantly hindering your team’s ability to accept responsibility—because there’s a slew of barriers that weren’t within their personal control.

When you’re eager to boost accountability on your team, you can’t expect your employees to be skilled mind-readers. They can’t change what they can’t acknowledge, and it’s up to you as the leader to help them understand what they’re doing well and what they could be doing better.

That happens through frequent and honest feedback conversations. We know that these discussions can be nerve-racking for both parties, but take comfort in the fact that your employees actually crave this information. In fact, a reported 65% of employees want more feedback.

So, if you haven’t already, make sure that you’ve scheduled regular one-on-one check-ins with your team members. During these chats, you can discuss things like:

Having these conversations reinforces expectations and lets employees know where they stand—which will help them accept more personal responsibility for their goals and performance.

In most cases, having an accountable team translates to having a high-performing team. Yet, there are several roadblocks that stand in your way when it comes to having your employees accept personal responsibility for what happens at work.

As the leader, it’s your job (ahem, take accountability here!) to make this a core part of your team’s culture. It’s a change that will take some patience, a conscious shift in your team dynamics, and maybe even some trial and error.

However, to recap, there are a few things you can try starting today, including:

Start there, and you’re well on your way to a team that’s accountable—and more collaborative, engaged, and productive to boot. 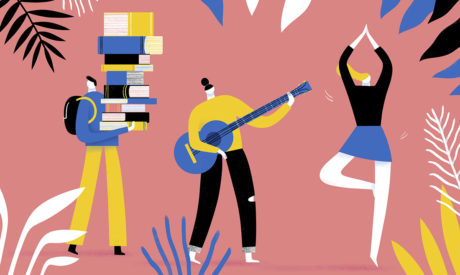 20 Productive Hobbies to Help You Excel in Life

Productive hobbies–is that even a thing? You bet! In fact, as you’ll learn in this post, not having a hobby can be a dangerous waste of time.

Often, we wear ourselves thin for our jobs, giving it all at the expense of our health and joy. We attribute this frustration to having the wrong job or not doing what we love, but stressors can wear you down even if you have your dream job. 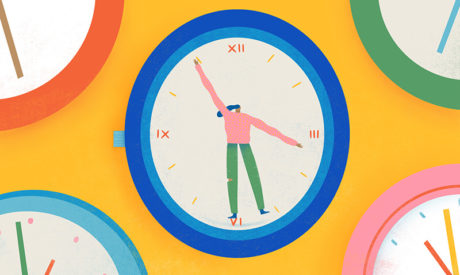 3 Common Questions Toggl Track Will Answer for You

There are times when your looming workday can fill you with more questions than answers. Am I in charge of that bouncy castle client or is Carol…? Did I remember to account for all those meetings they insisted we have on the trampoline? Can I take my break now? On solid ground? Or did I