When Google adopted open-concept office spaces, the result was predictable: businesses everywhere followed suit, eager to capitalize on what must be a successful formula. Back then (and to an extent, even now), anything Google did was to be revered and copied.

Cubicles started disappearing from corporate floor plans, to be replaced by long desks shared by multiple employees. Soon, the only ones who had private offices were CEOs and other VIPs, and a lot of people weren’t happy.

One Washington Post writer was horrified when she lost her private office and was forced to work at a long, shared table. She likened the experience to the boss ripping off her clothes and leaving her “standing in my skivvies.” Soon there were studies sprouting up everywhere, claiming that high office density and lack of privacy were reducing productivity and destroying job satisfaction.

In retrospect, these complaints have to be taken with a grain of salt. Most breaks from tradition have been greeted with resistance. I can say from experience that open-concept offices have enabled me to collaborate better and maintain levels of productivity that I couldn’t accomplish alone.

Google blazed a lot of trails, but this isn’t one of them. The idea of the open office layout precedes the Internet and even personal computers by several decades.

It’s generally accepted that the Larkin Administration Building in Buffalo, New York, was the first structure designed with an open office plan. Built in 1906, it was designed to replicate an open factory floor, with all employees having quick access to one another so that the office could be one smoothly-running productivity machine. The style proved to be so popular that it was used in the Seagram Building as late as 1959.

By the 1960s, however, office aesthetics had changed. A hybrid design featuring a combination of private offices for managers and open-plan floors for clerks and secretaries replaced the factory concept. If you’re a fan of Mad Men, you’ll recognize this one. Remember the Sterling Cooper agency layout, with secretaries working out in the open while their bosses had closed-off offices? This concept created a divide between the upper and lower echelons that has never completely disappeared.

When the 1970s rolled in, company bosses wondered whether workers might be more productive if they had some degree of privacy. Hence, the cubicle.

For decades, these semi-permanent dividers were synonymous with office work. Then they became a symbol of conformity, crushed dreams, and selling one’s soul for the ‘man.’ Movies like 9 to 5 and Office Space made cubicle nation seem like the place where you went to let your creativity and individuality die a quiet death.

Back Out In The Open

In the 1990s, the open-concept office made a comeback, but it wasn’t anything like its 1906-1950s counterpart. Instead of keeping everyone under the boss’s eye, the goal was to emphasize and facilitate communication. After years of being walled-in, workers could see and speak to each other more easily. Other benefits included:

There were some downsides, such as noise, distraction, and a higher likelihood of illness spreading, but the benefits of the open office, which included easier team-building (those who sit together, work together), led to their adoption by tech startups, creative agencies, and other workplaces that embraced a ‘one for all’ philosophy. Today, you’ll find them at companies like Google, Facebook, and Deloitte.

Jean-Paul Sartre once wrote, “Hell is other people.” This can be especially true if your desk is next to someone who doesn’t know the concept of an indoor voice or you’re trying to focus on writing copy while everyone else is verbally hashing out an action plan.

This is the downside of open office layouts, and it’s a big one. How DO you stay productive when concentration is difficult?

When headphones pipe our favorite music into our ears, it creates a virtual wall that shuts out everything else. The trick is to ensure that your playlist is conducive to concentration. Avoid anything with vocals, such as podcasts, radio shows, or anything with lyrics, as they’ll all draw away your attention.

I have a classical music playlist that I keep on my phone, so I can plug in when I need to block out exterior conversations. One of my friends, who, like me, rents a desk in a co-working space, listens to binaural beats on YouTube. Studies suggest that these sounds can induce a deep state of concentration that supports relaxation, creativity, and productivity.

Some people, however, need as much silence as possible: even a repetitive tune draws their attention away from their work. If this sounds like you, there are different types of noise-blocking headphones on the market:

When you find yourself losing focus due to distractions, the right productivity tool can get you back on track. My favorite productivity tool is Teamweek, a browser-based application that can provide direction for solopreneurs and huge teams alike.

Teamweek uses Gantt charts to create project timelines. When you’re part of a team, your tasks are laid out for you in a visual and easy-to-follow format, so you know what needs to be accomplished at any point in the project lifecycle. Even if your attention strays, it’s easy to regain focus.

It doesn’t matter whether you work in an open-concept office or sea of cubicles: sound carries. When it’s time for a group discussion or extended work conversation, take it to a boardroom or designated collaboration table that’s not in the immediate vicinity of the general workspace. Not only does moving to a different environment shift your mental gears, it also prevents your conversations and idea exchanges from impacting everyone else’s productivity.

During my cubicle days, I once worked in the vicinity of a printer that must have been possessed by a poltergeist. It jammed constantly, beeped to signal an empty ink cartridge when a fresh one had just been put in, and in general drove everyone crazy.

If you manage an open concept office, assign a dedicated room to any noisy equipment like photocopiers and printers. Not only will you prevent the sound from impacting productivity, but when an employee has to leave their desk to collect a printout, the walk provides both exercise and the ability to regain focus.

My Personal Experience With Open Offices

I suspect that the open concept office will be here for awhile yet. It’s already an integral part of co-working spaces, where solopreneurs and freelancers can either rent their own desk in an open office layout or share one large table on a first-come, first-served basis.

When I joined a downtown co-working space, I opted for sharing a table (otherwise known as a ‘hot desking’ arrangement) at first. The proximity to other creatives was inspiring and eventually resulted in several well-paying writing jobs. I also made friends who improved my tech knowledge, schooled me on best SEO practices, and made me a better writer. These are all outcomes that would never have been available in a closed-off layout.

I noticed that entire companies were starting to move in and claim rows of desks for their staff. Everyone, from the owner to the summer co-op student, sat in close proximity to one another. Each time I saw them at work, I was inspired by the culture of accountability and trust, which contrasted the siloed and chain-of-command hierarchy that dominates most corporations. With all departments together, everyone shared direction and provided input, and the company benefited.

Open-concept offices aren’t perfect (frankly, no arrangement is) but in my opinion, they’re a vast improvement over cubicle nation.

Judging by conversations I’ve had with friends and colleagues, the effectiveness of an open layout can depend on your company’s culture. If information withholding and distrust of one’s coworkers are routine where you work, taking down the barriers can magnify those undesirable traits. On the other hand, if your company already takes a collaborative approach to its daily operations, good productivity tools and an open concept can make it unstoppable. 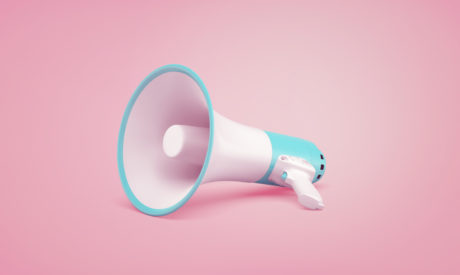 On Saturday, March 13th, Toggl Track will perform scheduled maintenance beginning at 8 a.m. UTC while we upgrade our storage. During this time, users will be unable to access the web application or their Toggl Track account information. 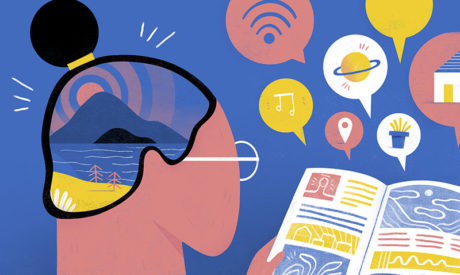 So, you’re new to this whole time tracking thing and aren’t sure where to start. Luckily, we’re here to help you hit the ground running with these five quick tips for setting up your Toggl Track workspace faster than you can say coffee break. 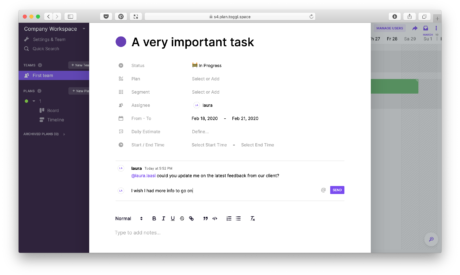 With this feature, which eventually allows real time collaboration in Toggl Plan, you can have a conversation about any task, right where your planning happens. Write a comment or ask a question, and use “@” + Name (e.g. @LauraLaasi) to make sure the right people see it. All notifications about comments will be delivered to