It starts sneakily enough. I see a chat notification pop up, and without a second thought, I open it. It’s a request from a co-worker, and I courteously respond.

This in itself is distracting, but it gets worse when I agree to take on a project that sounds too cool for immediate dismissal. And before long, I’ll have forgotten what it was that I was initially working on. Multitasking is a well-known productivity killer. When I do get back on track, it’ll take me more time and energy to get my focus back and figure out where I left off. That is unless something else comes up.

And something always does.

How to identify multitasking?

What makes multitasking challenging to track is that it often happens without you noticing it. Even if you recognize it as something that disrupts your workflow, you might not always think to stop yourself from entering the harmful routine. When you do realize that you’re doing too many things at once, it can be tough to refocus.

But where humans fail, time tracking can come to their aid.

One of the most persuasive arguments in favor of tracking time is the inability of the brain to perceive time objectively. We may both under and overestimate the time certain things take. You might think switching from one task to another will only take a second, but, in reality, it’s difficult to accurately perceive the total time lost on not just the task switching, but also the resulting loss of attention.

Building a time tracking habit is a great way to keep an eye multitasking. Once you get into the habit of monitoring your work – and mind you, habits take a bit of time to form – you will be much more mindful of what you’re spending your time on, and how.

Every time I’m not working on one specific task (or I turn to a task not related to any of my main defined goals), I start the timer but don’t attach any project to it. Since Toggl has the option to display your weekly time usage in the footer of the timer page, I get a real-time overview of how much time aimless work is taking from me.

In short—the bigger the grey bar, the more time you’ve spent on multitasking.

How much time does multitasking cost?

Confession time—here’s how much multitasking costs me.

Last week, more than a quarter of all my hours were tracked under “no project”—and by “more than a quarter” I actually mean “nearly a third”. What this tells me is that, while these hours did not necessarily go completely wasted, they did disturb the overall focused workflow.

I would post a picture of the chart here, but it is important to let go of negative feelings.

On weeks with a lot of non-defined time tracking, my happiness levels (both with work and personal) were far lower than normal. Now, I’m not a psychologist (I’m an anthropologist, which is close enough?), but the pattern is there.

I prefer to be happy, by the way.

How to stop multitasking

The obvious solution is to do one thing at a time. But you’d be right in thinking that’s a bit straightforward, as it’s not always easy to stay on track—unless there is someone or something to watch over your shoulder.

And you probably don’t want it to be another person.

Get the timer going and start building the time tracking habit. It might take a few days to get used to it—give it time. Once the habit is formed, it’ll turn into an alarm of sorts. Specifically, what will happen is that when you’re used to clicking “START” and “STOP”, an alarm will go off in your head every time you start on a new task. This forces you to consciously think about your next step.

It is exactly in that moment where you create a small window for catching yourself in the act of running astray.

But even if you don’t, and you end up taking the plunge into the sea of time waste, sooner or later the reports will get you. Nothing drives the point home, like a big ugly grey stain on an otherwise colourful pie chart.

1. Build a habit of tracking time. Keep reminding yourself to do so until it sticks.

2. Make sure you define your main responsibilities with specific project names. Project names have to be as specific as possible. “General tasks” doesn’t count (it’s code for “multitasking”).

3. Don’t do tasks that you can’t attach to a project. But if you must, make sure they don’t form too big of a section of your weekly activities.

4. If you end up tracking tasks without a project, check your summary tracking reports every week to see how much time they amount to.

5. Keep a running weekly time to track overview on your timer page footer to catch multitasking in the act.

Did you find this hack useful? Help others by sharing these tips on Twitter! 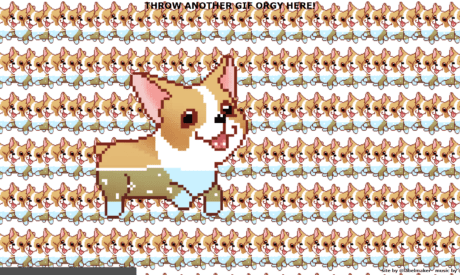 Some say that Friday is the hardest day of the week. Unless you take the day off, of course. You know the weekend is just around the corner, yet you still have things to tend to. You’re probably a bit tired, had a long week, with lots of meetings, lots of tasks, and even more 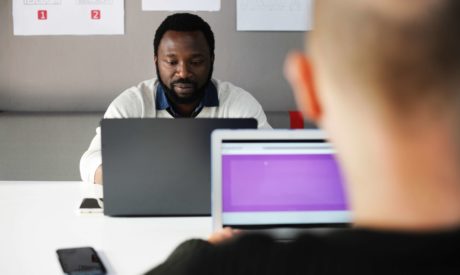 Even if we all have different tasks on our to-do list, we all have a similar purpose: to get as much done as possible. To this end, time and task management are two of the most popular strategies for getting organized and for getting work done. Still, with days limited to 24 hours, the big

Stop Multitasking At Work & Do This Instead

Multitasking may sound like a good productivity strategy, but that’s not always the case. Scientifically speaking, multitasking hurts us more than it helps us. There will be times where you may have to juggle multiple priorities, but it’s never wise to multitask. In order to give this statement a little more context, let’s first define