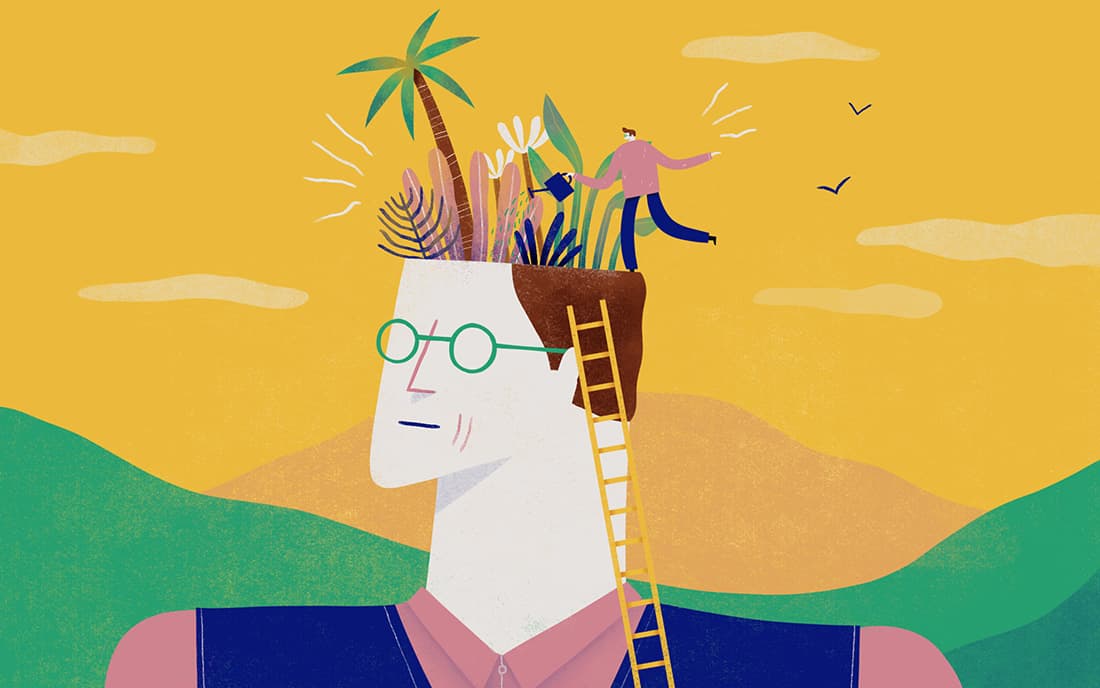 Understanding the ladder of inference helps you make informed decisions—rather than relying on your own assumptions and interpretations.

Evan is the manager of a marketing team at a mid-sized technology company, and his whole department has been under a lot of stress lately. They have tons of projects on their plate and tight deadlines breathing down their necks.

So, when Evan notices that one of his direct reports come strolling into the office nearly a half hour late, he’s understandably frustrated.

Rather than giving himself time to analyze the situation and consider all perspectives, he decides he needs to take action right away. This is an opportunity to reiterate the level of commitment that’s required on his team, and how seriously these deadlines need to be taken.

Evan approaches that late team member’s desk and says, “I noticed you arrived late this morning. If this happens again, we’re going to have a serious conversation about expectations and consequences.”

If you’re a manager or a business owner yourself, you can probably relate to how Evan was feeling in that moment—and perhaps even sympathize with the route he chose.

But ask yourself this: Was this the smartest, most considerate way he could have approached this situation? Probably not.

You see, if he had avoided jumping right to the “action” stage of the process and given himself some time to collect more information, he would’ve been equipped with some really important facts.

That team member wasn’t late because they were purposely absentminded or obstinate—they just had car troubles this morning. And they didn’t blow past their start time without any sort of heads up. They had called the front desk to update the company on their delay, but the receptionist became sidetracked before he was able to deliver the message to you.

Having known all of that, would Evan have taken the same steps to issue a warning? Probably not. Chances are, he would’ve approached that interaction with support and encouragement, rather than issuing a strict reprimand.

Evan isn’t alone in his tendency to do this. As human beings, we all make assumptions on a daily basis. We operate with limited data or information, and then draw our own conclusions based on past experiences and our personal interpretations of what we’re experiencing.

However, as Evan quickly realized, that sort of pattern can quickly land us in hot water, as it’s not always accurate. That’s exactly where the ladder of inference comes into play. It’s a framework that everybody can use to get that necessary perspective, catch their own biases, make better decisions, and take appropriate action based on fact.

What Is the Ladder of Inference?

“The ladder of inference is a tool [that] allows people to understand the thinking process that will help them arrive at a decision,” explains Chane Steiner, CEO of Crediful. “If you consider each step in the process as a rung on a ladder, then it makes sense.”

And that’s exactly how this framework is set up. It mirrors the common process that we all naturally go through when making decisions. Each step represents a rung, and you should move to each one before ultimately making a decision and taking action.

Despite the fact that many people are still unfamiliar with this model, it’s actually been around for a surprisingly long time. It was originally proposed by business theorist, Chris Argyris, in 1970 and was further popularized in the 1994 book, The Fifth Discipline: The Art & Practice of the Learning Organization, written by MIT professor, Peter Senge.

Breaking Down the Rungs

So, that leads us to the question: What are the specific rungs of the ladder of inference? What specific steps exist?

You’ll see the ladder of inference framework set up a few different ways, but the most common model involves breaking down the ladder into the following seven rungs.

There are reality and facts all around you, and the first step in the ladder of inference is to observe that information.

EXAMPLE: Evan’s employee shows up 20 minutes late, looking frazzled and frustrated, and stops by to thank the receptionist for taking his call.

Here’s the thing, though: It’s not often that we use all available reality and facts to make decisions. We have the tendency to zero in on specific pieces of information, or perhaps even cherry pick certain pieces that better suit our preferences or agenda.

Next up, we assign meaning to that information based on our own past experiences, biases, and beliefs.

EXAMPLE: Evan struggled with a previous employee who had no respect for schedules or timelines, and was really difficult to work with.

STEP #4: Make Assumptions Based on Meaning

When we assign meaning to that data, that equips us to make assumptions—to ignore all of the other realities and facts and jump to conclusions about what’s happening.

From there, we transform our own assumptions into firm conclusions—again, without considering all of the facts and realities we could’ve been presented with at the very beginning.

EXAMPLE: Evan’s current employee needs to be reprimanded and reminded that they must show up to work on time. Otherwise, this will snowball into an even larger problem for Evan.

STEP #6: Adopt Beliefs Based on Conclusions

Here’s where things can really become problematic: Based on those conclusions we drew, we adopt beliefs about the situation. We then use those beliefs and experiences to shape future judgments about similar scenarios.

EXAMPLE: Any employee who shows up late has no regard for schedules and authorities and needs to be dealt with accordingly.

With all of that in mind, we take action. But again, we’re operating based on our own assumptions—rather than fact.

EXAMPLE: Evan issues a strong warning about the importance of timeliness.

Between the second step (selecting data) and the sixth step (adopt beliefs), there’s something called the reflexive loop, which represents that the beliefs we form will impact what data we select the next time we’re in a similar scenario.

For example, because Evan had a negative interaction with a previous employee who was never on time, he’s now hyper-aware of tardiness and tends to only pick up on the select data of their arrival time—and nothing else.

Unfortunately, that can create a toxic cycle that leads us to constantly act on limited information and flawed perceptions about what’s really happening.

How Do You Use the Ladder of Inference?

The ladder of inference can be a little deceptive, as many people tend to view it as a series of steps they should follow to make informed decisions. However, remember that the ladder of inference actually outlines our natural process for making judgments about situations, rather than a prescriptive or recommended set of steps.

So, what good is it then?

Well, understanding the ladder of inference is helpful, as it allows you to identify where you’re at on the ladder in your decision-making process and work back down toward the first rungs when necessary.

“Unlike a traditional ladder, however, you are actually trying to work your way back down to ensure that you are acting on facts rather than emotions,” explains Steiner. “With the higher rungs being beliefs and assumptions, you climb back down to the bottom, which is reality and facts.”

Let’s return to our example of Evan and his late employee. He may not have been able to stop his natural tendency to assume that his direct report was late out of sloppiness or disregard.

But, using the ladder of inference, he could’ve taken a step back from the assumption rung and instead moved back to the first stage of observing data, reality, and facts. By returning to that rung, he could’ve done his due diligence to gather other information that likely would have altered the course of action he took.

Why Should You Use It?

Based on the above, you’re likely getting a sense for why the ladder of inference can be so helpful—it equips us to stop treating our own beliefs as truth, and also puts an end to that toxic cycle that happens when we keep disregarding facts in favor of operating only on our personal beliefs and past experiences.

However, the ladder of inference is also helpful for igniting conversations, exploring other viewpoints, and allowing teams to reach consensus. This happens through two different activities: inquiry and advocacy.

“You can use inquiry and advocacy to step up and down the ladder,” explains Greg Githens, Author of How to Think Strategically. “To practice inquiry, you request the other person to share her data and logic. For advocacy, you might say, ‘I’d like to start with my data and use the ladder of inference to step you up to my belief.’”

Making the Most of It

The ladder of inference is an undeniably helpful tool for recognizing when you’re jumping to conclusions (i.e. when you’re starting too far up the ladder) and need to bring yourself back down to those base rungs.

But, even with this information, decisions can still be challenging. Fortunately, there are a few other tactics you can put into play to consider all of the facts and make wise decisions.

For starters, give yourself enough time. Oftentimes, we jump to conclusions because we feel pressure to make a quick (and sometimes rash) decision. Give yourself ample breathing room to think things through and explore all options, and you’ll resist the temptation to fall victim to your assumptions and personal beliefs, simply because they’re the easiest and most readily accessible.

Additionally, science claims that it’s helpful to pretend that you’re advising someone else (such as a close friend) on how to make a decision. As research published in Psychological Science explains, it’s a technique called self-distancing and is a great way to move beyond personal biases and make sound judgments that are more likely based on the facts in front of you.

Regardless, the next time you find yourself making assumptions or jumping to conclusions, challenge yourself to pinpoint exactly where on the ladder of inference you are and determine whether or not you need to work back down to some earlier rungs. That way, you can make choices based on fact—rather than your own interpretation. 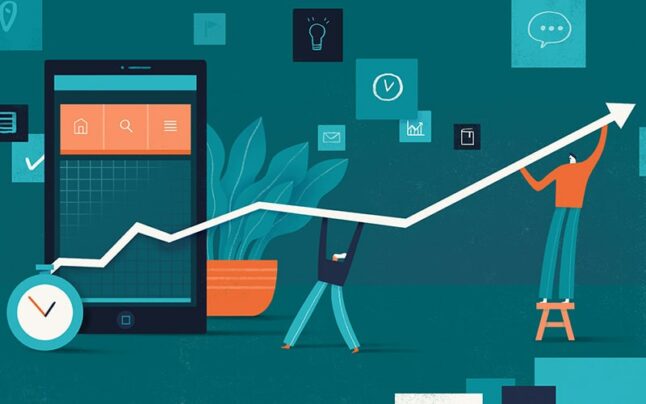 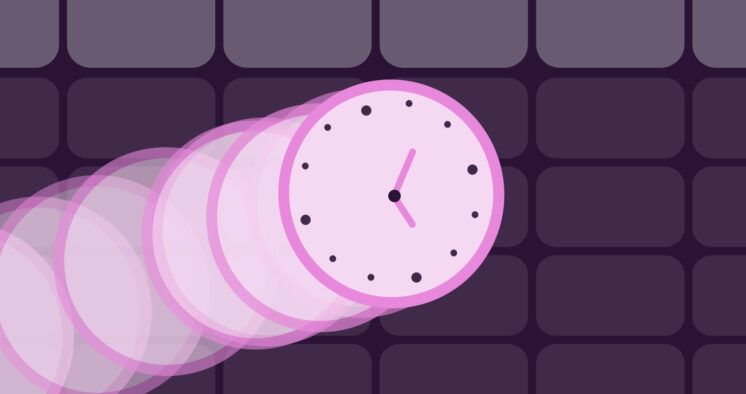 How to Track Time In a Spreadsheet

Sean Collins
4 min read
Projects Managing projects gets a little tricky at times. Check out our resources to learn how to run your projects better. Check it out Talent Acquisition Finding recruitment a bit of a struggle? Dive into our resources to get the latest scoop on creative hiring tactics and techniques! Check it out Time, time, time! Manage your time better to get the most out of your day. Learn how to manage your time better and claw back those vital hours. Check it out Business Growth For those who are just starting up or taking your small business to the next level, we feel ya 😬 Check it out
Share This: