Perhaps you read books by candlelight until the sun comes up or eat cheese and smoked trout right after waking up. Or maybe your schedule is slightly more conventional. But if you spend more than five minutes checking out content by and for entrepreneurs online, one of the first things you’ll stumble over are the morning routines of successful entrepreneurs. Article after article makes it seem as if the only way to achieve success is to get up at 7a.m religiously or show up to work two hours before everyone else.

As great as routines can be, those touted by the successful can feel as if they are engineered to make others feel bad about their professional lives. There are the early risers like Richard Branson, who follow a near-formulaic routine in keeping with this famous five-year study that found half of self-made millionaires wake up three hours before the start of their workday.

There are the more trendy daily schedules in which meditation, yoga, and gratitude are the hallmarks of an ideal day. And the routines which started with a wake-up call: Ariana Huffington treats her early morning as a ritual after an incident where she fainted from sleep deprivation so suddenly that she broke her cheekbone.

When did we become obsessed with the daily schedules of famous, 7-figure entrepreneurs? And why has trickled down into every element of entrepreneur culture?

Why we’re so obsessed with morning routines

A simple search for anything surrounding entrepreneur’s morning routines returns millions of hits. Highly recognizable figures who have achieved astronomical success in the form of billion-dollar corporations fill out top results, while lesser-known, but still successful, mid-career professionals are also awarded space to preach the benefits of fitness and finishing tasks early.

So many early-stage entrepreneurs would be all about this vision of success. Perhaps if we all eat, breathe, and use the same alarm clock as the mega-rich, we too will all be successful. Maybe if we create a near-religious ritual that guides our every move for the day, we’ll manifest the opportunities and success we’re looking for. After all, if there are rules and parameters that you can intentionally set to guarantee yourself a career, why wouldn’t you go for it?

But it could be as simple as following a formula. It almost makes sense that waking up as early as someone in the military, eating overly-nutritious smoothies for breakfast, and keeping as mindful as the latest lifestyle trend would work. But deep down, we all know that trying to achieve someone else’s version of success won’t work out. More likely, our fixation on the morning routine starts with a lack of good role models in real life. When internet personalities or 7-figure entrepreneurs are the only ones we see, it makes sense that we would obsess over every minute detail of their day.

Trying to make something work for you because it worked for someone else is not only illogical but damaging to your existing routine. Looking up to someone can be healthy, but instead of cultivating an odd morning routine, why not reach out to people in your field to gain perspective and knowledge?

Also, the focus on morning routines as the sole source of success is misleading since there are innumerable other factors, both in and out of one’s control,  that contribute business success; everything from managing time and improving concentration to sheer luck and privilege play a role. But even prescriptive tips can be too restrictive. Some want to flow towards the tasks that work best for them or like to work in short bursts that carry them through a diverse set of to-list items in just a handful of hours.

It all looks glamorous, but what many entrepreneurs won’t tell you is that they haven’t always had the same routine, let alone engaged with it consistently. It’s likely that its evolved since their company has grown and delegating has become part of the routine. For example, the entrepreneur who no longer writes to their email list or manages their inbox because others on their team manage these tasks while they take on the client work.

The daily schedule that’s right for you, according to science

Instead of focusing on one-morning routine, the focus should be on cultivating a daily schedule that works well for you, not for a famous entrepreneur. When it comes to making a morning routine that works for you, it may help to look at your day as a whole. When are you most productive? When do you want to take breaks? Are you okay with working outside the hours of nine-five? You may try working outside these traditional hours to see if it works for your productivity levels. After all, everyone works differently.

Research shows that there is a two-hour window every day where you are 30 percent more productive than any other time. For many people, that time is in the vicinity of 8 a.m to 12 p.m. If you wake up by seven in the morning, your productivity power hours would be between 8 a.m and 10:30 a.m, meaning that your morning may be the most important time of your day. The downside? In the afternoon, you can typically expect to feel a slump in productivity right after lunch.

My Morning Routine, a retired online magazine found that, of the 343 morning routines they shared, the average time wake up time is 6:23 a.m. Only 35 percent of their participants snooze their alarm.

While this sounds great, the study also found that 63 percent of the entrepreneurs check their phone immediately after waking up.  Research shows that getting up before the demands of your work kicks in can act in your favor. That’s why it isn’t necessarily a good idea to check your phone first thing in the morning. Taking the time to get out of bed and start breakfast can be enough to acquaint yourself with the waking world before taking the time for simple things feels too much like a luxury. This would appear to add another vote in favor of the morning routine as the end-all of entrepreneurial success.

If you look closer at the numbers, you’ll see that everything is not as it seems. Even though they don’t have the benefit of a well-rested mind, ten percent of people believe they’re most productive late at night. Though it isn’t likely that staying up all night to get work done will translate to success, creating a day around what works for you (no matter how unconventional) could mean working at night.

After all, not all businesses operate the same, and working outside the traditional workday could be beneficial if you’re someone who struggles to unplug from email. If those who usually email you aren’t working at the same time, you won’t have to worry about answering email when you should be doing higher-level tasks.

Another solid tip is focusing on three things that matter for the day and sticking with them. This is similar to the approach the Productivity Planner takes to make it easier to select tasks that will truly move the needle forward.

The running motif is that getting a healthy amount of sleep every night, trying to unplug at some point in the day, and waking up at least a few hours before lunchtime tends to work for most entrepreneurs. Whether you set intentions, take up yoga, journal, or do another, more obscure exercise, it’s up to you to set a routine that works. The obsession with morning routines will likely never go away, but you can at least embrace your own form of success without compromising it.

And you know what isn’t proven by all these studies on productivity? The idea that you need to hustle all day, every day to see true success. If you look past all the talk on slaying your goals through a solid morning routine, you’ll find that the most successful entrepreneurs are those that understand creating space for yourself away from work is important. Chad Halvorson, founder, and CEO at When I Work avoids reading email until he’s been awake for at least an hour, while president and co-founder of Onboardly Heather Anne Carson simply eats a solid, healthy breakfast of protein and green juice every day, creating a sacred, quiet routine around the moment. Routines like this show us that cultivating a work-life that puts your needs as a person first will translate into success because you’ll continue to be motivated by your work no matter if struggles arise.

If you’re serious about cultivating a routine, don’t feel obligated to strictly follow the way your career idol does things. Put aside time to try different routines. If something that works for your favorite entrepreneur doesn’t mesh well with your life, ditch it. And remember: if you have a system that already works, why change it? Don’t make the mistake of glorifying the hustle if you’re not enjoying your workday at least a little bit. 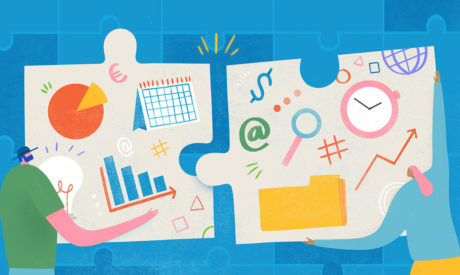 What You Should Know About Management By Objectives

Management by objectives is a collaborative approach to goal-setting that can improve transparency and boost your team’s motivation. 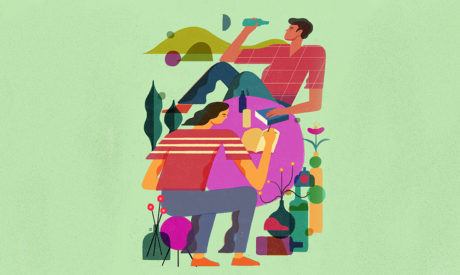 To Avoid Burnout, I Shifted My Workday 4 Hours Backwards. Here’s What Happened.

I decided to shift my schedule four hours forward, take my mornings off, and see if I could trick myself into feeling like I’m on vacation…without actually taking a vacation. 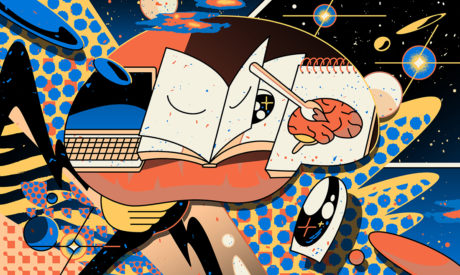