I’ve had the chance to play both sides of the field – I’ve been the new guy at the office, but I’ve also had to oversee plenty people learn their way into a new job. But the mistakes are always the same.

You should always expect a few bumps after landing a new job. That’s perfectly normal. People generally need a bit of time to settle in at a new company.

It can also be a stressful time for both parties, as somebody has to spend their precious time on mentoring newbies. Still it’s important to keep a level head and make the most out of this (relatively) temporary situation.

Here’s five mistakes new employees make, as well as tips on how you can avoid making them.

1. They don’t want to learn

Confidence is a great thing, but one of the biggest early game mistakes you can make, is breaking into a new environment thinking you’ve got the job in the bag.

I’ve actually witnessed an extreme case of that scenario—a fresh employee with great theoretical knowledge, but unwilling to either take training seriously or accept the slightest criticism. When the time came for her to act independently, she tanked spectacularly.

Of course, questioning established ways of doing things is important – and key for innovation – but at least in the beginning, if you’re going to assume anything, assume that everybody else knows more than you do.

You’ll have your moment in good time, but learn the game first.

If you’re ever gonna ask a lot of questions, do it when you’re just starting out with something.

A good manager won’t punish you for asking too many questions (except if its you ninth time asking about the coffee machine). On the contrary, a good manager will expect you to show curiosity and openness to learning.

Asking questions is a core part of learning and growing—so ask plenty.

And there’s another benefit to asking lots of questions—even the dumbest seeming questions might reveal something new to the more experienced people, as they might just be too comfortable in their routine to notice the details around them.

Assumption is the mother of all fuck ups. It is as simple as that.

False assumptions are somewhat related to the previous point about asking questions, but they merit their own entry because no employer ever wants to hear an apology starting with “I assumed…”.

Of course, it’s safe to assume that the water cooler dispenses water, or that the last person out shuts the lights. But whenever you find yourself having reasonable doubt go back to point two, and ask.

4. They are afraid of failure

You may have already heard that in the tech industry, failure is widely seen as not just an inevitability of life, but it is also praised as an invaluable experience.

The reason for this is that if you want to leave your mark, expect to take wrong turns along the way. Take, for example, the word “fuck” in the previous entry. Admittedly it was not entirely tasteful. But maybe some people will appreciate the refreshing honesty? Or maybe they’ll be offended?

But I won’t know unless I try (and I damn well aren’t going to waste their time on a poll first).

It’s a question of how you fail. You have to fail smart, and fail fast—learn your lesson and you’ll be wiser by the experience. Then move on, because some things just fail. Especially if you’re only starting out at a new job.

Remember, the only mistake you don’t want to make is to be afraid of mistakes.

Learning to say “no” is important for two reasons. First, it’s all too easy to become a pushover when you get into a habit of doing stuff for everyone around you.

Secondly, saying “no” helps you be better with your own work. I struggle with this sometimes—someone would ask for help with a project and I’d find the offer too interesting to pass up on. Before long, I’ve become too invested and my own tasks will have wondered off to the magical land of Things That Are Not Going to Happen Ever.

Helping out others is important, and you certainly don’t have to be rude. But you have to know where you draw the line.

So before you take on a new project, ask yourself this—is what I’m doing helping me be better at my job? If not, it’s best to keep your focus on your own tasks.

Remember the following: Never assume, always ask questions, get up when you fall and keep your eyes on the prize.

And you’ll be just fine.

Do you know anyone starting out at a new job? Make their life a little easier and share this on Twitter!

Starting a new thing can be daunting. If you want to know how our OBM queen Liisa went from newbie to pro, read her brilliant post here.

Do you have helpful advice for people starting out at a job? They’ll appreciate if you shared your wisdom in the comments. 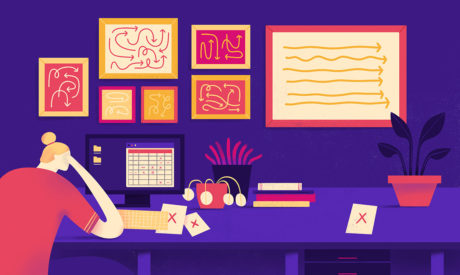 In our modern world, where distractions abound around every corner, concentration has become a bit of a lost art. This is unfortunate. To achieve great things, in business and in life, almost always requires a great deal of focus. So today we want to discuss how to improve concentration. 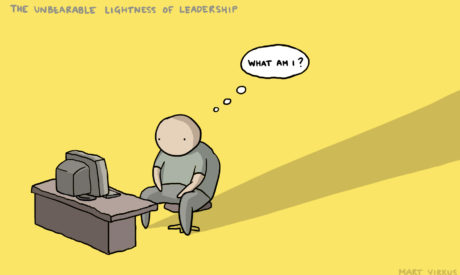 How I Survived the Transition From Developer to Manager

I never considered becoming a manager. When fantasizing about the future, I’d think of working as a programmer until I had enough money to switch to something different 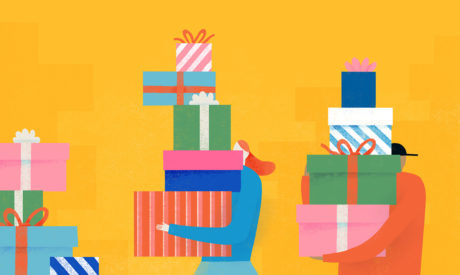 What are the best gifts for employees (that won’t break the bank)? And what do you do if your team is partially or fully remote–like Toggl Track–and scattered across the world?