Remember when you were in school and your teacher would split you into teams to complete a group project?

After a bit of grumbling, complaining, and shuffling of desks, you and your fellow team members would stare at each other, wondering who exactly was going to jump in and take charge.

It wasn’t long before the power dynamics began to shake out and people settled into their roles: the grade-obsessed student who immediately started assigning tasks and doling out responsibilities, the students who were more than content to follow the first student’s lead, and the one who was made it obvious that they were going to ride everybody’s coattails and refuse to contribute.

But what happened when you had two type-A students on the same team? Was one content to sit back while the other took charge? Probably not. Instead, they wasted a lot of time and energy jockeying for the leadership position.

Yep, those are definitely power dynamics at play. And while you might no longer be muddling your way through a high school project, these same types of roles and interactions have a lot of influence on your working relationships.

Let’s dig into the details of power dynamics and what you need to know about them in order to contribute to a healthy, thriving team.

Defining Power Dynamics: How Power Plays Out at Work

In the simplest terms, you can think of power dynamics as the unwritten rules for how we engage and interact with each other. Everyone is looking to attain a certain amount of power in the workplace, and those different intentions affect interactions.

Maybe you want to be the one to spearhead that big project, or perhaps you’re looking to have more influence over how the team operates. Maybe you just want to make sure your voice is being heard. Regardless of the specifics, each of those situations requires a certain amount of power—which, in some ways, puts you in direct competition with your coworkers.

“Team power dynamics represent the reality that with any team or group of people, there’s a finite amount of power available to get things done and make things happen according to one’s agenda,” explains Dr. Greg Barnett, Senior Vice President of Science for The Predictive Index, a platform for talent optimization.

“In that way, power is really a resource people have to compete for,” he continues. “And they compete for it in very different ways. Some people use charisma and charm, others are more forceful and assertive, while still others use facts and figures to wrestle power back. What this means in a team situation, such as a meeting where decisions are being made, is there’s an invisible and unspoken battle being waged by people with different goals and agendas, trying to influence the result.”

Having Power vs. Earning Power: Two Different Sources of Influence

As Barnett mentions, people gain power with a variety of different tactics. But it’s important to note that there are different types of power to be achieved.

“First, it’s important to distinguish between power and influence,” says Helen McPherson, President and Principal Consultant at McPherson Consulting Group. “Power comes from positional (relative) authority and is exercised over others, such as formal job title, expertise, or even ability to coerce via rewards or quid pro quo.”

“Influence is the ability to guide team action based on persuasion, inspiration, and collaboration,” she continues. “Both power and influence factor into team power dynamics, and you often see tension between the two.”

You might hear a similar concept referred to as the difference between formal power and informal power. Formal power comes from a designated rank or title, while informal power happens by earning the respect of the group. “Personality and position is really the way to define it,” says Brandon Smith, communication expert and The Workplace Therapist.

Like them or not, power dynamics are inevitable in relationships both inside and outside of the office. But they play a particularly important role at work. Here are a few of the many reasons that understanding power dynamics within your organization is crucial.

1. Power dynamics set the tone for your company culture.

What exactly defines company culture? Is it your fun-first focus, with your foosball table and your stocked snack bar? Is it your dedication to volunteerism and your employee resource groups?

While those things matter, culture really boils down to how all of the members of your team interact with each other—and a large part of that is defined by the power dynamics that are at play within your workplace.

“At the high level, power dynamics set the tone for the culture,” says Smith. “If the power dynamic isn’t quite right, that could be damaging the psychological safety among employees.”

2. Power dynamics impact how you communicate.

Imagine that you were totally swamped at work and you wanted to vent to someone about how much you had on your plate. Who would you approach? Your boss or your closest colleague?

A study done by Columbia University and the Kellogg School of Management at Northwestern University found that tweaking messages not only improves communication, but it can actually boost the impact of that communication by closing the mindset gaps between the communicator and their audience.

With the above two benefits in mind, it makes sense that understanding power dynamics will affect how you collaborate with other people within your organization.

By failing to comprehend power dynamics and how they impact our working relationships, a lot of time and energy can be wasted on tiptoeing around them.

However, by grasping and addressing them head on, you’re more likely to “set aside the power dynamics and actually get down to work,” says Shankar Vedantam, NPR’s social science correspondent, in an interview for NPR’s Morning Edition.

4. Healthy power dynamics can help everyone have a voice.

You’ve seen it happen: the extroverts in the office are frequently applauded for churning out good ideas and being highly engaged in meetings, while the introverts sit back and observe.

“Within most organizations I talk with, it’s not intentional, but they tend to reward extroverted behavior more than introverted behavior,” says Smith. “[Extroverts] do a better job of making their voice heard and letting people know all of the good work they’re doing.”

That makes it easy for the extroverts to end up with all of the power in the room. But when everyone is able to understand and successfully navigate how those personality differences impact power dynamics within the team, you’re much more likely to open the floor for opinions and suggestions from other people—even the introverts.

Power dynamics are a constant on teams, and the word “power” itself brings along a slew of negative connotations.

Here’s the thing: power dynamics are natural, and they aren’t necessarily bad. However, teams need to understand how to successfully navigate this inevitable jockeying for position so that they set themselves up for healthy working relationships instead of constant power struggles.

One way to combat the potential pitfalls related to power dynamics is to define clear roles right from the outset.

That’s why it’s so important to “clarify roles in advance at all levels,” she says, with questions like “Who is responsible for the project plan? Who is the communicator? How will issues be resolved?”

Sometimes the struggle for power can be so great that your team can lose sight of the end objective. This is why it’s important for teams to stay focused on the overall goal shared by everybody involved.

“When you wire up a broader collaborative landscape in a company, you can increase the flow of social capital, and thus provide an environment to help break down power dynamics and level the playing field,” says Jono Bacon, founder of Jono Bacon Consulting and author of People Powered: How Communities Can Supercharge Your Business, Brand, and Teams.

It’s not enough to just understand power dynamics—you also need to understand the different personalities that are playing into them.

Informal conversations can reveal a lot. But if you want some extra enlightenment, consider doing some sort of personality assessment as a team. Popular assessments include:

These types of assessments will allow you to understand each other’s strengths and weaknesses, as well as things like preferences, pet peeves, and do’s and don’ts for communicating.

That information can help you work together effectively, while also helping you proactively balance the power scales.

“We use behavioral assessments at The Predictive Index that give us insights into what drives people and what people need,” explains Dr. Barnett. “This helps us understand how to help get those needs met. So instead of making someone show their most ‘power-hungry self,’ make sure that someone who needs to put their thumbprint on things gets a chance to do so—even if it’s a small chance.”

Finally, if you’re the leader of the team, recognize your own responsibility in managing power dynamics. That might mean that you need to actively encourage other people—particularly those who tend to be more reserved—to speak up.

“Rather than leaving meetings open for discussion, go around and give everyone a set amount of time to talk,” advises Smith. “Unhealthy power dynamics will shut down voices. This is a way to make sure you’re giving equal air time to everyone on the team.”

Keep in mind that some people might not be comfortable speaking out in a team setting, even when given the space to do so. Come up with some alternative ideas for pulling ideas out of others, whether it’s a written brainstorming session, splitting into small groups, or having people submit contributions ahead of time.

Power Struggles: Can You Gain More Power at Work?

Power dynamics are fundamental, but that doesn’t mean that your own position within those dynamics is set in stone. It’s possible to gain more power or influence within your organization without waiting for a formal promotion.

There are numerous ways you could go about this. But experts advise that forming connections and relationships is one of the most fruitful ways to do so. Be forewarned that you need to focus on strengthening relationships with people who have equal or lesser power to you, too, and not just those with more.

This is advice that Smith frequently offers in his own talks and seminars. He lives in Atlanta, Georgia, where a tree called the Leyland cypress flourishes. “It loves the heat and humidity, and it grows three feet a summer,” he says.

Yet whenever the weather shifts to heavy winds, its small, shallow roots mean it’s the first tree to topple.

“Don’t be a Leyland cypress,” says Smith. “Don’t spend all of your energy talking to people above you. You need to build a big root system [and] a big power base by developing all of those relationships one-on-one. Winds will come in organizations, and that’s how you survive a lot of those storms.”

Keeping track of time can increase your team’s profitability by 20%. Try Toggl Track: the easy to use time-tracker. 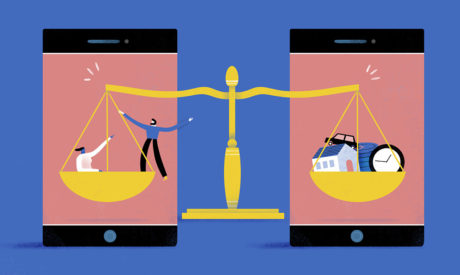 Organize Your Life With These 11 Must-Have Life Plan Apps

If you’re feeling frazzled, stressed, and overwhelmed, these life plan apps will help you bring some order to the chaos.

How to Resist the FOMO as a Digital Nomad

FOMO is a real thing. Although its effects vary from person to person, it’s especially strong with me. Why is that, you might ask? Well, for the past year I’ve been making the most of working remotely by living in different places around the world. This has been incredibly rewarding but has made balancing fun 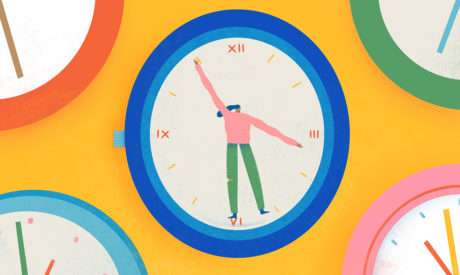 The Spanish government just passed a new record-keeping law regarding time and attendance tracking of employees. In this blog post, we’ll simplify and explain the intricacies of the law for you and tell you how to ensure compliance.