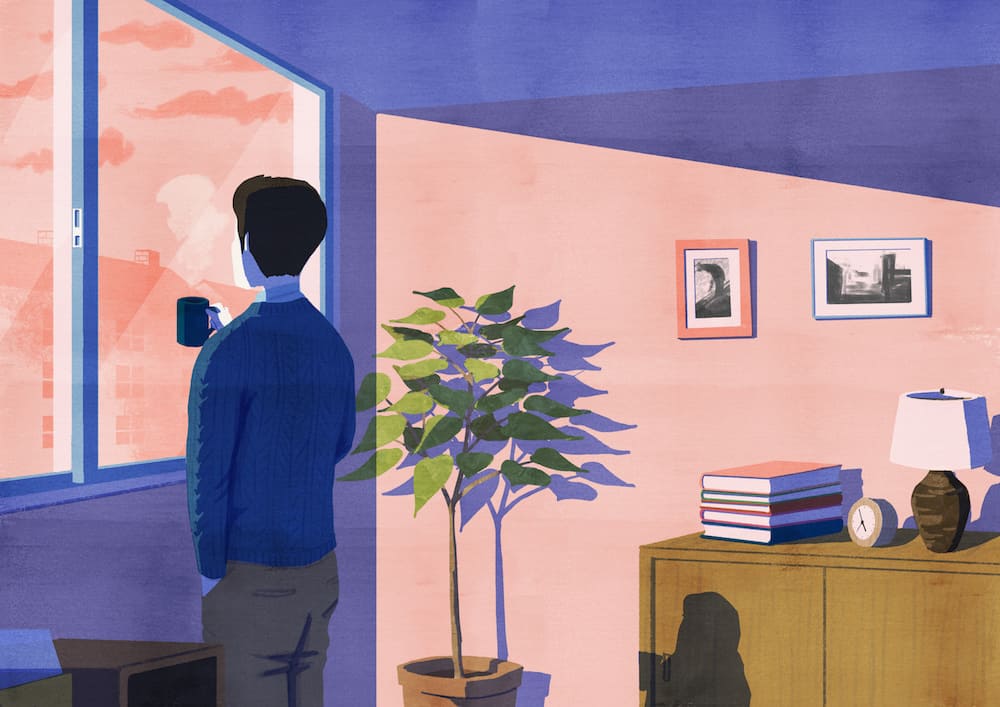 There’s no sugarcoating it: You have a lot to get done. There are emails to respond to, meetings to attend, projects to complete and deadlines to meet. You’re breaking into a sweat just thinking about the lengthy list of to-dos that’s hanging over your head.

You’ve decided that the only way out is through, so you’re going to buckle down and work long hours until you’ve checked off every last thing on your list. Yep, you’ll skip your lunch break, pull an all-nighter or two, and even work over the weekend.

On the surface, that logic makes sense. It’s easy to assume that your productivity increases when you stick to a relentless work schedule. More time working means you’ll get more accomplished, right?

Not quite. As counterintuitive as it seems, there’s some research that claims the opposite is true: You’ll notice a greater uptick in your productivity when you work fewer hours.

One study from Stanford University found that productivity levels take a serious nosedive when you work more than 50 hours per week. And if you work more than 55? Your productivity is so hindered, those extra hours you’re putting in aren’t even accomplishing anything. The study found that people who were working 70 hours per week were getting the same amount of work done as the people who worked 55 hours.

Huh? How can that be true? Let’s dig into this concept so you can get more done—in less time.

For decades, sinking long hours into work has become the norm. In fact, in the United States, the average workweek has increased by 9% since 1979.

As it turns out, we might all be heading in the wrong direction. Limiting the amount of time we spend on our work tasks can give our productivity levels a serious kick in the pants. Here are four reasons why.

You sit down at your desk on a Monday morning. You know you’re going to clock in at least 10 hours of work that day—not to mention the whole rest of the workweek that’s stretching out in front of you.

You make your to-do list and get ready to buckle down. What tasks do you start with?

If you’re like most people, you’re going to go right for the low-hanging fruit. You’ll respond to emails or fill out your expense report, because those tasks are the easy wins. They don’t require much pain, stress or creative energy, and at least you’re checking a few things off the long list of things you have to do, right?

But here’s the problem when you continually start with the easiest items, rather than the most important ones: You’ll eventually run out of time and energy.

This means you’ll end your workday or workweek without having made any progress on your most impactful to-dos. And even worse? You’re hurting your own learning, development and even long-term performance in the process.

“In the short term, finishing relatively simpler jobs reduces workload faster,” wrote Corinne Purtill in an article for Quartz. “But by defaulting to jobs we’re confident we can complete, we forgo the chance to learn how to do more challenging ones effectively.”

Research supports this point. One study analyzed doctors in an emergency room. The researchers discovered that doctors did work faster as their workloads increased, and they attributed some of that increased pace to the fact that the doctors were choosing the tasks they could crank through quickly. But here’s the bad news: As they continued to opt for those easier cases, their productivity actually decreased over time.

So what does this have to do with your working hours? Well, when you know you have a limited time window to get things accomplished, you’re far more likely to effectively prioritize in order to best leverage the time you have.

In short, you’ll feel a greater sense of urgency, so you’ll focus your efforts on the tasks that actually move the needle—rather than alphabetizing your files or watering your desk plants.

Let’s talk a little more about that sense of urgency piece of the puzzle, because it’s important.

Return to this scenario: You know you have a 10-hour workday ahead of you. How motivated are you to sit down at your desk right away and get to work? You probably don’t have much of a fire under you, because you feel like you have plenty of time. So, you’ll grab another coffee, chat with a colleague, and amble into your tasks fairly slowly.

Now imagine this instead: You have just one hour between meetings to get things done. You’ve probably been there and, in those instances, I’m willing to bet you surprised yourself with the amount you were able to get accomplished.

What’s the deal here? Why do you feel like you’re occasionally able to get more done in one hour than you would in an entire workday?

Here’s the short answer: Deadlines are super motivating. When you know the end of your work session is barreling toward you like a speeding train, you’ll stop procrastinating and zone in on getting as much done as you possibly can.

There are a lot of psychological factors at play when it comes to the effectiveness of deadlines, but a lot of it comes back to the Yerkes-Dodson law, which states that our performance increases as our arousal (read: stress) increases. At least, that’s true to a certain point. If you’re overly overwhelmed, your performance will suffer.

When you work shorter hours, you know you don’t have time to kill. And, operating with that tighter deadline (and increased arousal level) means you’re less likely to procrastinate.

There is a caveat, however: Don’t let that sense of urgency push you into the trap of crossing off only those easy tasks like we discussed above (that’s called the urgency bias). Make sure you continue to prioritize the important tasks first and foremost—no matter how short your work session is.

Think back to the last time you put in a ridiculously long workday. How did you feel by the end of it? Exhausted? Frazzled? Overwhelmed? Frustrated? All of the above?

When you got back to your desk the next day, it was probably tough to muster up the motivation to keep producing—you were just totally zapped of your energy.

There’s no denying that long working hours take their toll—mentally, emotionally and even physically. The World Health Organization even classified burnout as an “occupational phenomenon” in May of 2019.

But there’s another victim of your overworking tendencies: your productivity. Research shows that companies with moderate to severe employee burnout experienced a decrease of 22% in work output.

In contrast, shorter work hours give employees more time to do things they enjoy—whether it’s pursuing their hobbies, spending time with their families or all of the above. And happiness actually boosts productivity. One study from the University of Warwick found that happiness made people about 12% more productive.

Even if you spend 10 hours on the clock, you likely aren’t working that entire time. That’s because maintaining focus is exhausting to our brains—we can only take so much extended focus (and attention spans can vary by person).

That probably explains why people who work 70 hours per week aren’t getting more done than their counterparts who work 55 hours.

By showing yourself some grace with shorter working hours, you make it easier for your brain to stay zoned in on the task at hand. That leads to a number of other benefits as well, such as greater accuracy and improved safety.

One study of doctors and nurses found that working longer hours led to more errors, and a different study concluded that long hours increased the risk of occupational injuries.

So, not only will you boost your productivity with greater focus, but you’ll also save yourself the time you’d need to spend fixing the mistakes you made when your mental energy was tapped out.

It’s tempting to think that working more hours automatically means you’ll get more accomplished. But plenty of research suggests that’s not the case.

As counterintuitive as it might seem, working fewer hours can actually boost your productivity levels by helping you:

It’s no wonder that more and more employers (and even entire countries) are moving toward four-day workweeks—and reaping the benefits as a result. Microsoft’s trial of a four-day workweek in Japan led to a whopping 40% increase in productivity, to cite just one example.

When it comes to showing your to-do list who’s boss, the old sentiment seems to apply: It’s not necessarily the quantity of hours you put in, but the quality of that time that will lead to the biggest productivity payoff. 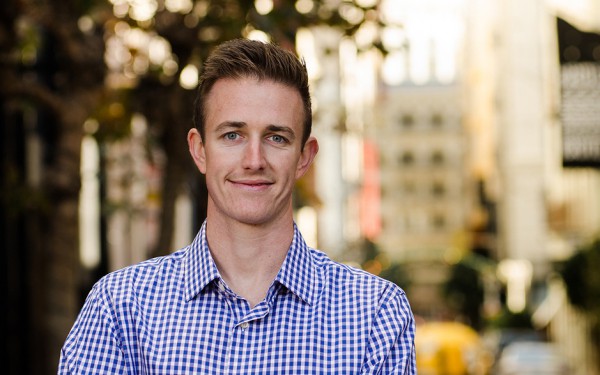 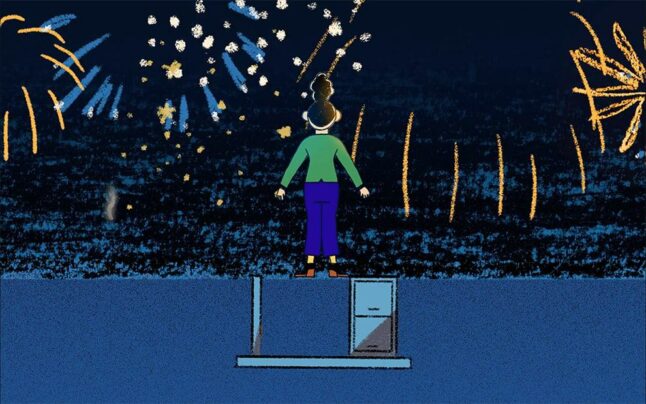 Charlotte Grainger
13 min read
Projects Managing projects gets a little tricky at times. Check out our resources to learn how to run your projects better. Check it out Talent Acquisition Finding recruitment a bit of a struggle? Dive into our resources to get the latest scoop on creative hiring tactics and techniques! Check it out Time, time, time! Manage your time better to get the most out of your day. Learn how to manage your time better and claw back those vital hours. Check it out Business Growth For those who are just starting up or taking your small business to the next level, we feel ya 😬 Check it out
Share This: