It’s a sad misconception that millennial employees expect nothing but booze, nerf gun fights and anarchy from their workplaces.

You may have heard it before – that the young people of today are spoiled, entitled, lacking discipline and overall seem unburdened with the realities of adult life. Yadda, yadda.

Frankly, it’s bullshit. Millennials want the same thing as any other human being – to have a place in the world, and for their place to matter. Mark Crowley has an excellent write-up about the millennial workforce, about where the bad rep comes from and who’s to blame (spoiler: it ain’t the damn kids).

Working with people is not a give and take situation – it’s a two way street.

As we recently began looking for a creative projects manager to help us out in the marketing department, I thought to write down some of the things you’ll gain from working at Toggl Track. 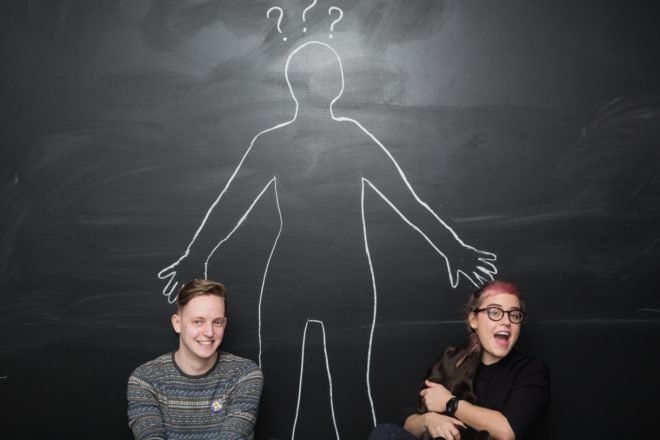 Like the ability to use a chalkboard, one of the truly great life skills.

Working alongside the other Toggl Track teams often makes me feel dumb. I love it. You don’t ever want to be the brightest pencil in the box.

Being in the company of exceptional talent is an amazing experience, because talent is contagious. When you’re surrounded by smart, curious people, it’s a whole lot easier to come up with new ideas of innovative solutions. The more diverse the talents around you, the more interesting the ideas, too.

Toggl Track has a lot of crazy talent. Take, for example, our developers – we have Indrek and Paul, both with experience as game developers. There is Merlyn, who loves making music. In fact, he created the amazing soundtrack for the Unicorn Startup Simulator – a creative side project we built during a weeklong getaway last year. Robert from customer support used to build escape rooms.

One chat with any of these people is enough to help you cross any challenge working at Toggl Track might throw at you.

Also, marketing is a hugely competitive scene, and to stay on top you’ll need to look way beyond the industry tips and playbook advice. It really helps if you don’t suffer from professional tunnel vision.

You’ll get to see your impact

Working at Toggl Track is all about the metrics. Brand awareness is nice and all, but what you really want to see is how your work impacts the overall growth.

It’s not just a business thing – seeing an impact from something you’ve created is a hugely rewarding feeling.

To measure that, we use something called KPIs – or “key performance indicators”. It sounds terrible, like one of those cold-hearted business metrics (google VORP, it’s one of my favourites). But having a personal KPI is kind of a big deal. Sure, it causes some grief when the numbers aren’t going where they’re supposed to be going – but at least you’ll know where to focus on.

That is much better than being lost and not knowing what to do – or seeing success around you but not knowing if you had anything to do with it at all.

You’ll get to be independent in your work

Micromanagement is a huge time sink.

It’s damaging enough to the morale to have someone double checking your work every step of the way, but having to halt work for constant check-ups also wastes a ton of precious time.

I couldn’t imagine doing everybody else’s job on top of mine – that would be insane.

Trusting people with their own work is a much, much better strategy. Granted, this assumes responsibility on everybody’s part, but it makes much more sense. Hiring is about finding the right person for the right job – ideally someone who is smarter than yourself in some area – and then letting them do it. Independent people thrive at Toggl Track.

You’ll have time for yourself

This part is important.

Remember I mentioned all those smart people and their quirky hobbies? Yeah, hobbies matter a lot.

Sure, they’re great for personal well-being and frankly, sanity – but it goes further than that. Doing any kind of non-work related work is a great way of picking up skills and experience that can come in handy in the workplace.

These skills can come from unexpected sources, and they can be something as simple as attitude. Take Slack’s first CMO Bill Macaitis. He spent a fair bit of time in his childhood helping his dad with home improvement jobs. It was manual labour, i.e. the furthest thing you can imagine from working in tech. Yet, aside from picking up tons of smaller life tips, the experience taught him to not give up when faced with a new and difficult task.

It helps if you don’t have to deal with office hours – which is why we’ve abolished these altogether.

It’s much nicer to jump on your hobby if you don’t have to endure the agony of a public commute after a day at the office. Or if you don’t have to sit around at the office and wait for the clock to strike five. Waiting until 5pm to leave you workplace is the strangest, most weirdly arbitrary concept when you think about it. But it’s no wonder give it’s something that was conceived during the industrial revolution.

If you find yourself waiting for the workday to end a lot, it’s a sign that you need to be doing something else, somewhere else. You don’t need to spend more work hours to be successful, you just need to be smarter with the hours you have.

So get a hobby. Spend more time outdoors. Do anything that isn’t work as often as you can.

You’ll get to travel, a lot

Far from being a simple perk, traveling is a crucial part how Toggl Track works.

We are a remote team – and for remote companies maintaining company culture over vast distances is key. We’ve learned some really handy lessons on how to stay productive when working form home, but at the end of the day you’ll need some face-time with your colleagues.

We spend a growing part of our budget on the team’s travel expenses. You can read more about the reasoning behind that strategy here, but one big benefit of it is the sense of community that you only get from seeing people face to face.

So expect to travel. We have two bigger team meetups every year, plus smaller trips for the smaller teams. Often these trips are focused on special one-off projects.

We also travel a lot to sit down with our users. It’s a unique – and priceless – opportunity to come face to face with the people that use your product on a daily basis. In fact, knowing your users is kind of a big deal in marketing.

There’s one big rule we try to follow – it’s to always hire people who are smarter than you.

For a Dilbert-esque corporate structure this must sound like a nightmare. It’s every middle managers worst dream to hire someone who will one day outrank them. But from an organization’s perspective this is vital. It’s about balancing strengths and weaknesses to put together something that works.

Feeling dumb around other people is also an excellent indicator of growth. It’s also great to have people around you who can do something you can’t.

So if you’re thinking about joining our team, whoever you are, I’m really hoping you’ll have something to teach us.

To me, as a young person (and at 31 I consider myself still very young indeed), all of the above sounds like the makings of a dream job.

But mind you, with everything we’re doing right, we still screw up sometimes. Say what you will about learning from others’ mistakes but nothing drives home the point better than stumping your own toe.

Also, we’ve built an awesome tool called Toggl Hire to help us pick the best candidates – you can request early access to the public version here. 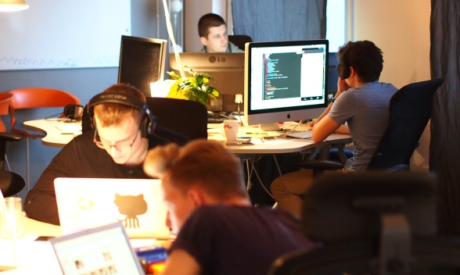 5 Apps to Help You Grow Your Business

Not taking advantage of new technologies when starting your business is almost criminal. Whether you’re looking for time tracking apps, team management software or cloud storage – there’s an app for everything. You just have to find the right ones. We’ve listed a few to get you started: 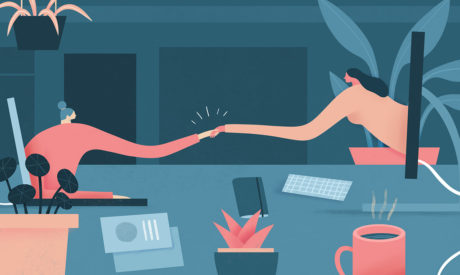 How to Get Your Team to Track Time [And Succeed]

Let’s be honest with each other here… For a lot of your team, time tracking sucks. And getting your team to track their time can be a nightmare. Take a scroll through any Reddit thread or forum talking about time tracking and you’ll find comments like these… “I never want to work somewhere with timesheets Business is a constant, never-ending battle for supremacy. Your company is either gaining ground on the competition or losing it. Obviously, we hope that your organization falls into the latter category! One of the best ways to ensure that it does is to invest in business process reengineering. You see, one of the keys to