During my time as a college student, I’ve noticed another unintended consequence of the way everyday systems are designed. Something we deal with on a daily basis that could impact women’s productivity, particularly in the Gen Z age group, is ubiquitous in women’s fashion: the lack of pockets.

The lack of pockets in women’s clothes has been well-documented. We can trace back the origin of pockets to the late 17th century, when both men and women had pockets of some form in trousers and underneath dresses. However, the wide skirts were a sign of lavishness and wealth during the French Revolution, and skirts started being designed in more compact silhouettes, which had no room for pockets.

Women’s productivity and their pockets

Over time, however, what may have started out as a seemingly practical consequence of changing fashions became more explicitly gendered. As women began wearing men’s trousers in the 1920s, which had pockets, the post-war fashion industry, focused on slimming women’s figures yet again, removed pockets from pants made for women. “Men have pockets to keep things in, women for decoration,” designer Christian Dior reportedly said in 1954.

Most Gen Z women I know do not carry purses. While we may wear backpacks for school, reaching behind yourself to unzip a backpack pocket in order to retrieve your phone is cumbersome and not worth our time. As a consequence, most college-aged women carry our phones in our back pockets (if we’re wearing jeans), or just hold them in our hands. When I sit down to work, however, the phone in my back pocket becomes an uncomfortable obstacle, so I usually take it out and put it on the desk I’m working at.

Men, I’ve observed, whose pants are designed to have deep front pockets, generally keep their phones in their pockets even when they’re working.

I hadn’t noticed this difference until I realized that on the occasion that I wear generously-pocketed Adidas track pants, I keep my phone in my front pocket, instead of holding it. I might check my phone less frequently, as having it in my pocket might prevent me from checking it every time I see a notification pop up on the screen. Was it possible then, that keeping my phone in my pocket would mean I’d spend less time using it?

For the past two weeks, I tested my research question. The first week I wore shorts that didn’t have pockets. And the second week I exclusively wore pants with deep front pockets. I used the screen time function in my phone’s settings to keep track of how much time I spent on my phone. And yes, you are more than welcome to judge me for the ridiculous amount of time I regularly spend on it.

As you can see, my average screen time dropped by approximately an hour and fifteen minutes in the second week, although I noticed many factors that could have biased the result toward either direction.

First, although I tried my best not to consciously think about how I was using my phone during either week, it’s likely that I was still thinking about it subconsciously, which could’ve skewed the results.

Another factor that I didn’t consider at all before launching into this experiment was that in quarantine I spend a lot less time in pants than I normally would. So the amount of time my phone would actually remain in my pocket, in the second week, was probably much less than if I’d been on campus.

I also noticed that unlearning behaviors like holding a phone in your hand isn’t as easy as I thought it would be. There’s contentious debate over whether or not the adage that it only takes 21 days to form a new habit is true. But regardless of the actual number of days, habits do take time. The option of putting my phone in my pockets was nice. But I didn’t realize that it would also take additional effort to learn to use the pockets.

Women’s productivity in the fashion industry

There have been several attempts in the fashion industry to ensure that women’s clothing, particularly women’s professional clothing, is designed with deep pockets. Visha Vijayanand and Jessica Stanton started womenswear brand Poche Posh in 2016 to create clothing with pockets for everyday on-the-go women. In 2015, Sali Christeson founded women’s workwear brand, Argent. Christeson has believed for a long time that the exclusion of pockets in women’s clothing impact their productivity in the workforce. She had became frustrated by the lack of pockets in her own trousers and blazers, after years working in finance and tech.

Admittedly, my two-week experiment may not have been the most rigorous way to find an answer to my question. But according to a 2015 study from Florida State University, you don’t even need to use your phone to become distracted. Simply receiving a notification on your phone could impair your ability to focus. “Although these notifications are generally short in duration, they can prompt task-irrelevant thoughts, or mind-wandering, which has been shown to damage task performance,” the researchers wrote in their paper.

I certainly spent a lot more time away from my tasks when I didn’t have pockets. But the heatwave this week hasn’t made me want to wear pants with pockets. I’ve gone back to wearing shorts, and I’ve gone back to being distracted.

But I’m hopeful that as the seasons change again, and as more and more pocket advocates actively work to change the industry standard, I’ll be able to rely on pockets to keep me productive. I can’t believe it took me this long to realize just how far-reaching the effects of such a small change in our clothing could be.

I’m still tracking my phone usage now, partly because I’m curious, but partly because I want to collect more evidence. And I invite you to do the same. Time yourself. Run your own trial. Let’s make this statistically significant. 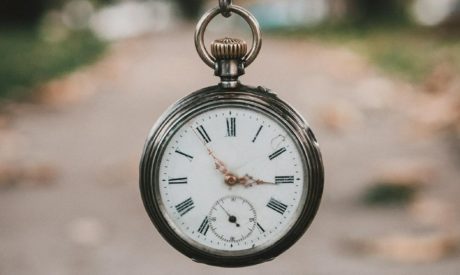 50 Time Management Quotes to Live By

“Take care of the minutes and the how’s will take care of themselves.” -Lord Chesterfield “Lost time is never found again.” -Benjamin Franklin “This is the key to time management – to see the value of every moment.” -Menachem Mendel Schneerson “Time management requires self-discipline, self-mastery and self-control more than anything else.” -Brian Tracy “The

Four task management styles that work for you

In an earlier post, we have listed a few task management best practices as a PPP cluster – People Planning Purpose. One idea that we covered in the ‘Planning’ section also applies to task management. So hopefully this post will help you manage your tasks efficiently and timely according to your work style preference. Creating 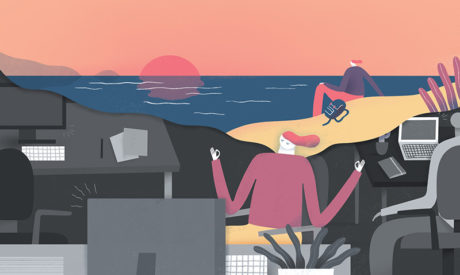 How to Calm Down at Work: 5 Strategies to Help You Keep Your Cool