Newlogic is an impact-driven software consultancy that partners with other companies, organizations and governments to design and build intuitive and innovative software solutions. 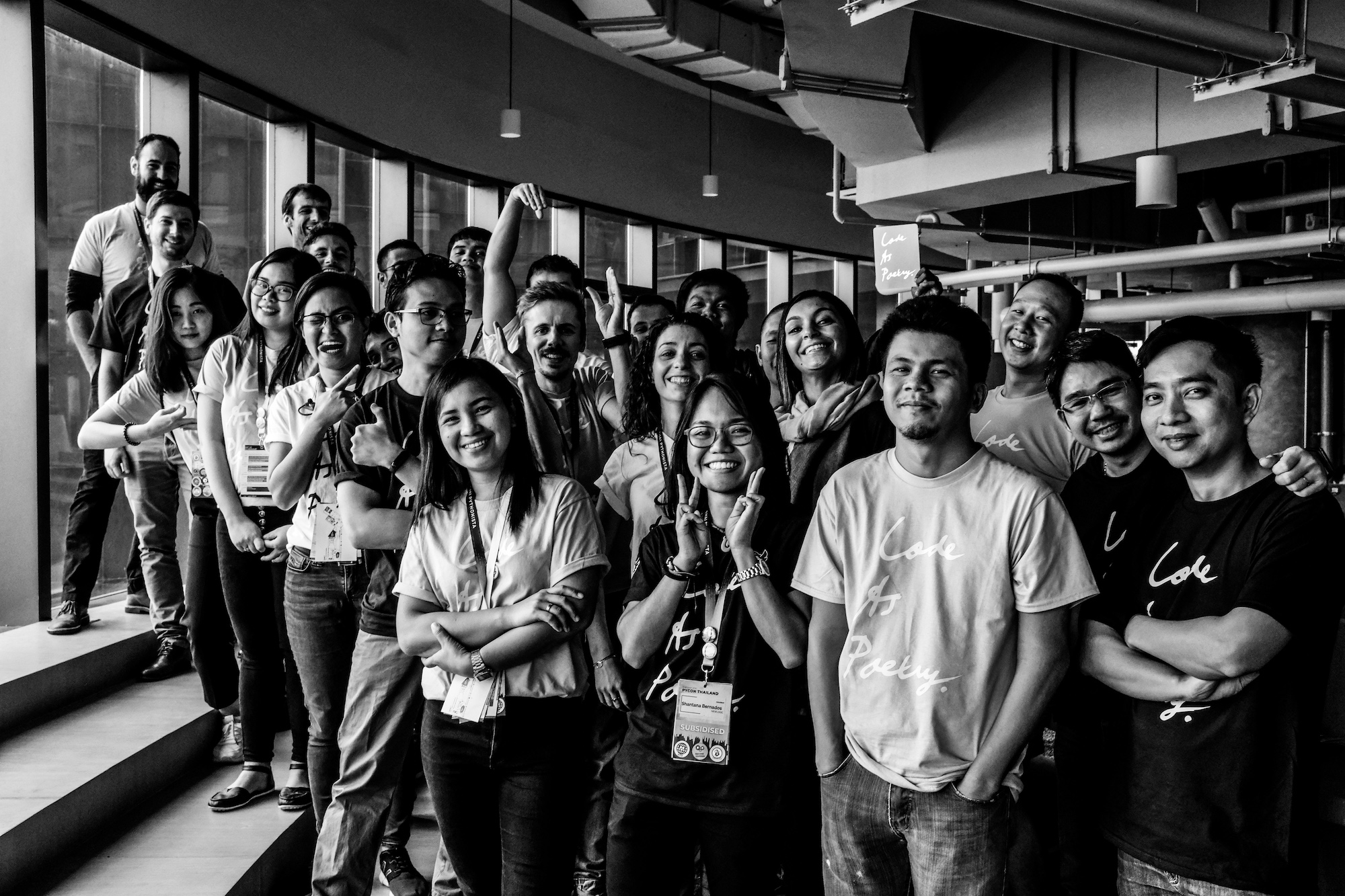 Most people know about spreadsheets and timesheets. When the founders of Newlogic launched their software consultancy in 2016, spreadsheets or timesheets were exactly what they didn’t want. After years of experience managing smaller companies, the founders knew how “laborious” timesheets could be. They needed a dedicated time tracking tool.

Time tracking is crucial for monitoring projects, both so the team can ensure they’re not spending too much time on a task and so they can bill their clients accurately. But timesheets are laborious, and spreadsheets can quickly get overwhelming. The flexibility of Excel can also make it complicated to use, and spreadsheets often proliferate like weeds.

In addition, while Newlogic has its headquarters in Singapore, the team is scattered across multiple time zones across Southeast Asia, with tasks ranging from early designs all the way to end-to-end implementation of software.

They needed a way to bring together their geographically dispersed team and unwieldy time-tracking spreadsheets. Even though they couldn’t be in the same office, they had to ensure everyone was on the same page work-wise.

So when they founded Newlogic, they wanted a single, centralized system that would center them and keep all their workflows, clients, and projects in one place while providing them with precise and consistent records and invoices. Flexibility was important, but they needed to ensure every tracked activity was accurately labeled with the necessary client, billing, and project information. And they needed an intuitive solution that all 50 team members would actually use, something that wouldn’t create more work for the team.

"We went from just four co-founders to over 50 employees, but it’s been quite easy to get people to use Toggl Track. What makes it really smooth and seamless is that it’s very straightforward to use. So even for people who have never used time tracking software before, it’s extremely easy and intuitive, as well as non-invasive. That’s why there was no resistance when we introduced the tool to our team."

COO and co-founder of Newlogic

Even though Newlogic had a custom-built suite of project management tools—they are a software company, after all—they didn’t need to reinvent the wheel when it came to tracking time. The team identified Toggl Track as a solution that could meet their time-management needs, which they started using when the company was founded in 2016.

“When we started the business, my co-founder, our CEO, spent quite a bit of time before saying hey, Toggl Track is the way to go. He read a lot of reviews and tested all the tools, and afterwards we said OK, let’s give this a try and see if Toggl Track is what we need,” said Greg Martel, COO and co-founder. “And years later, we’re still using it. Obviously, it worked out!”

“Toggl Track has enabled us to become more efficient in time tracking and reporting by providing us with one central system and location where we can record hours worked. This also means we can be very precise when invoicing our clients for the time spent on projects,” said Martel.

The perfect balance between structure and flexibility

The ability to categorize time entries into projects or tasks (sub-projects), link them to clients or team members, and even add billable rates provided the team with exactly the right amount of structure. A system of tags provided them with another layer of organization and filtering, allowing them to group time entries in different ways.

Toggl Track gave them enough options to remain flexible, so they could keep track of all the relevant information on their work. The built-in categories meant that they had a ready-to-use template for time tracking. They didn’t have to worry about the rest—no extra columns, no unnecessary meta-data, no noise.

The data could later be repurposed into tailored reports for clients or for internal use. This was made even easier through the search function on the project page, which allows them to search for specific projects by name or some other property. “The search is very, very useful. Very convenient,” said Martel, who uses the function on a regular basis.

Different access levels within the workspace ensured that only certain team members had access to all of the projects, while the ability to export specific reports as PDFs allowed project managers to share select reports with all team members when necessary.

“One team member wanted to see what happened I think in 2019 or last year. And I found the period in reports and exported a detailed report from the requested time period as a PDF to send to him. It’s very convenient to be able to go back in the past to export,” said Martel.

This efficient system meant that when Newlogic upgraded to Premium after several years, they knew exactly what else they needed. They didn’t need the open-endedness of a blank spreadsheet. They wanted to maintain the flexibility and ease of use they experienced with Toggl Track, with a little more structure.

They achieved this in part through a feature that allows managers to set required fields for time entries. This meant that you could only save time entries with the necessary information attached—whether that was a project, a client, a tag, or a description. One less thing for the actual time trackers to try and remember.

Another feature that enables managers to lock time entries prevents any retroactive changes to time entries. This feature acts like a failsafe, preventing accidental modifications to time tracking records.

“You can tell team members hundreds of times that they shouldn’t modify times after a certain date, but if they do, it drives you crazy because when you try to find out the timer that was changed, and you’ve already exported, it’s impossible,” said Martel.

The ability to prevent accidental changes to time entries and ensure all required fields were filled in allowed Newlogic to successfully maintain the integrity of their time tracking records.

From there, it was incredibly easy to export everything into a report—or multiple reports, depending on their needs. The weekly reports allowed the team to view the activity of a single week, while detailed reports enabled them to drill down further, and summary reports allowed them to pull back to get a bigger picture view.

These reports enabled the team to better understand resource allocation and to thereby more accurately predict how long similar projects might take in the future.

“We have different developers working on specific tasks. Using Toggl Track allows us to measure the time spent on a given task and to adjust based on this data, ensuring we allocate a fair amount of time to each project.”

Externally, they used reports to invoice clients with transparency and precision. This is critical, because Newlogic works with large corporate and government clients, often forging long-term relationships over the course of multiple projects.

“We tend to work on larger projects, working with a client for a year or more,” said Martel. “During a working day, our team might work on multiple projects for different clients, so it is important we are able to bill our clients accurately.” Trust is key in client relationships, and the foundation of this trust is built upon both the data security guaranteed by Toggl Track and the transparency enabled by accurate timekeeping.

“The granularity that we can get thanks to Toggl Track is helpful to ensure perfect transparency with our clients,” said Martel.

It’s hard to quantify good relationships, but seen in binary terms, time tracking with Toggl Track has proven to be a success. This success is not a one-time achievement, but rather an ongoing quality that helps the team maintain close rapport and trust with its clients.

“We adopted Toggl Track so we could be transparent with our clients, and we were able to achieve this exact objective,” said Martel.

Of course, a tool is only as good as how well it is used. Newlogic’s success was due not only to Toggl Track’s accurate and actionable reporting features but also the fact that the entire team consistently tracked their time.

Toggl Track hit the right balance between ready-made and adaptable. Yet it was the straightforward time tracking features—encased in a slick and intuitive UI—that sealed the deal for Newlogic.

What made Toggl Track truly stand out was that it was liked by the team. It’s hard to get 100% adoption of anything, but when it comes to Toggl Track, it was wholeheartedly adopted by the entire team. This was key to accurate reports.

Toggl Track didn’t just appeal to Newlogic’s leadership with its easy admin, it also won over individual team members with its intuitive user experience backed by a philosophy that time tracking should be a tool for empowering teams, not micromanaging them.

Time tracking is mandatory at Newlogic, but because Toggl Track doesn’t have features to enforce time tracking, successful time tracking can only happen with voluntary involvement. It helps that Toggl Track is incredibly easy to use and usable across a wide range of platforms.

“Everyone in the company does time tracking a bit differently. Not everyone uses the web app. Most people use a Mac, others a PC, but everyone uses Toggl Track,” said Martel.

“We went from just four co-founders to over 50 employees, but it’s been quite easy to get people to use Toggl Track. What makes it really smooth and seamless is that it’s very straightforward to use,” said Martel.

“So even for people who have never used time tracking software before, it’s extremely easy and intuitive, as well as non-invasive. That’s why there was no resistance when we introduced the tool to our team.”

And the cherry on top? Toggl Track’s superior customer service. The Toggl Track support team is agile and responsive to changing needs and feedback from Newlogic.

“The Toggl Track team is very agile and offers great customer service. We are very impressed with the number of updates that have been made to the system over the years based on the feedback we have given,” said Martel.

Teams of 10+ are eligible for a custom tour to see how Toggl Track can fit into your business’s workflow. Demos usually last 30 minutes. 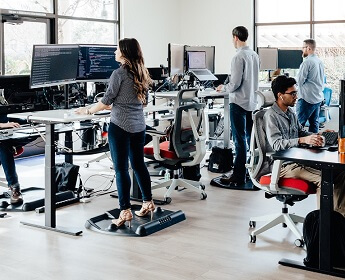 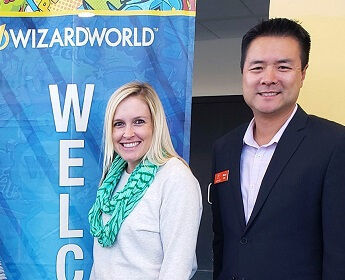 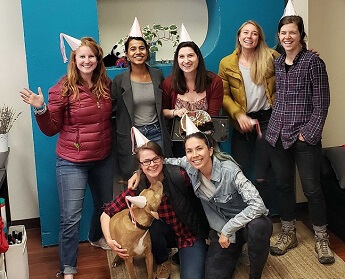