Here’s a secret for you: I love email inbox folders.

I know they’ve been proven multiple times to be useless. I know I should use search and archive. I know putting every email I receive into topic-based folders is a massive waste of time. I still do it.

(Okay–so this might not be the sort of content you thought you’d find on a time-tracking software blog. Stick with me here.)

I love email inbox folders because they act as a detached, digital dear diary. If I log into my personal account I can select and scroll through different areas of my life. Purchases: I can tell you my numbers for the 2014 Butterfly Conservation Christmas raffle. Holidays: Here’s confirmation of a Turkish visa from 4 years ago. All totally useless now. But so are journals and photographs and old gig ticket stubs and we still keep them, don’t we?

There are 72 emails in the folder titled “uni.” The earliest is from April 2013, and begins: “Dear Rebecca / Thank you for choosing the University of Exeter as your first choice university.” The latest is dated December 2018 and contains my graduation ceremony tickets for a Bachelor of Science in Biological Sciences. 2069 days apart.

A lot happened in those five and a half years. My university timeline can be pieced together from phrases like deferred first year exams; medical evidence; returning from interruption. Maybe this is a digital diary I’m not sure I want to remember.

Nestled in the maze of acronyms (2016: ILP as part of CPR to SFE in order to access DSA) is an email with a Study Needs Assessment report. Other than occasionally referring to me as Rachael rather than Rebecca, its findings ring true.

My mental illnesses had progressed. The effort it was taking just to exist with that level of depression, anxiety and panic meant it was hard for my body and brain to process much else. The resulting learning difficulties meant that, even when I was able to attend lectures and practicals, I wasn’t really absorbing any information. My attention span was, at best, a minute or two.

I remember staring at the tens of thousands of pounds of funding offered on the final page by way of reimbursing receipts. I was eligible for new hardware, adaptive software, a note-taker, specialist mentoring, a lab assistant, printing of digital resources and so much else I rarely had the energy or capacity to make the most of. The latter two helped, occasionally, as did therapy and medication.

I was on medical interruption when I got my first-ever freelance writing client. He needed to know how long I took on tasks so he knew how much to pay me, so I began tracking in Toggl Track. I found the tools clean and intuitive; the insight fascinating. I could see exactly when I’d been able to write for a long period of time, and when I’d stop-started my way through an afternoon.

The sense of enjoyment and flow I experienced when writing was unlike anything I’d ever known before.

Hours in the library melted away but I didn’t feel depleted. I wanted to replicate this in my academic studies, so I added the biology modules I was studying as projects into my workspace.

I told myself that creating revision cards for 60 seconds would earn me a five minute break, for example. 60 seconds of focus went from being a battle, to doable, to easy. I was able to increase the challenge to three minutes, then five, then ten.

I would look back on the day’s productive time with satisfaction and pride, little–but lengthening–slots of energy and effort working towards a better future.

My attention span felt like a muscle, and Toggl Track was helping me to strengthen it.

My filing every second in projects (yep, we’re back to folders again) meant I could create reports–so I knew when I was spending too much time on, say, Marine Biology, as opposed to Modern Theories of Evolution. I started noticing the times of day I felt more energetic, and added tags and descriptions. I did the same when I realized which tasks helped me focus, and which scattered my thought processes like a prism light diffraction. I started to use focusing tasks as springboards into harder pieces of work.

I doubt I was using Toggl Track in the “right” way, but that didn’t matter–I was using it in a way that made sense to me. The timer in the top left tab was my encouragement. I’d look up, see I was 40 seconds away from hitting my next focus target and, instead of slumping back in my chair, would push on to earn a longer, more satisfying break. The numbers ticking over were like silent cheerleaders.

I added notes to my future self, abbreviations of my mental wellbeing in the task descriptions. At the end of each week I’d look back and review. I made note of what had worked well–or when I wasn’t able to do anything but stare at the laptop screen in a daze–and tried to plan the next week sympathetically. Toggl Track’s records enabled me to treat my focus and productivity like the experiments I often failed  at in the Biology labs, each iteration leading me to the next discovery.

I continued experimenting and hypothesizing and learning and tweaking until I studied my final year full-time, submitted an award-winning dissertation, and graduated in 2018 with a 2:1. The next week, I took my writing and social media management business full-time.

Those attention span muscles feel much stronger now. Last week I totaled 31.57 hours of working time–unthinkable even a year ago–but I still experiment. Last week I moved my tasks from Notes to Notion, and I’m trying out a digital calendar yet again.

But Toggl Track isn’t going anywhere. It gives me insight into so much of what is integral to my business. With a few clicks I can see whether I’m over-burning on client hours. I can review how much time I’ve spent pitching to prospects each quarter. The week’s timeline shows me where my energy is directed, and I compare the calendar view of tracked tasks with what I scheduled into Google Calendar.

Most satisfying of all remains that ticking timer in the top left. Some days I still have to stop it at 60 seconds, and try again after a break. Other days–like today–I’m nudging hours of undistracted writing. My mind is calm, yet alert. The minutes spent on tasks are quietly sorting themselves into folders to be unearthed another day. 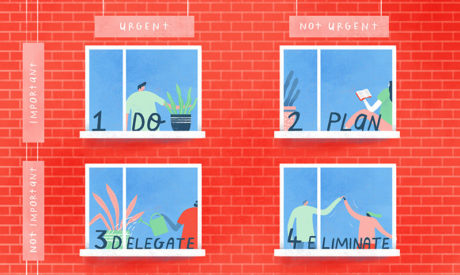 How to Manage Time Keeping With Inevitable Daily Multi-Tasking?

Different researches have proven that multi-tasking is bad for productivity and focusing on only one task at a time will give the best results. Still, I think most people regularly find themselves in situations that need multi-tasking: unexpected phone calls, e-mails with urgent matters, random thoughts about stuff you forgot to do etc. If you 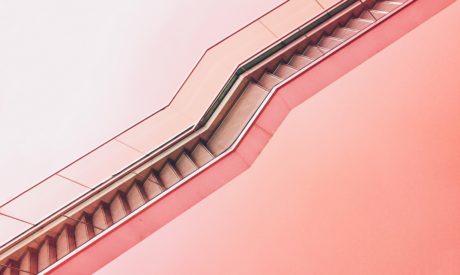 Our screen addiction has turned into a procrastination addiction and we’re more exposed to distraction than ever.